Government to bring forward its own legislation to tackle Airbnb
 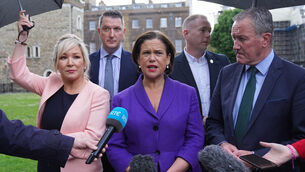