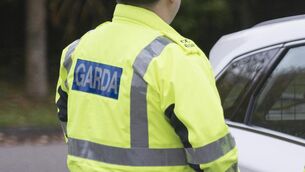 Man, 20s, charged in connection with murder of Christopher Hall