Cork volunteers to help set up hospital for Ukrainians with PTSD
 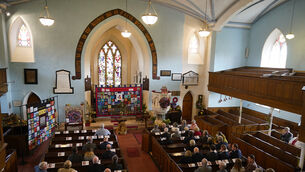