Returning to the workplace — what are your thoughts?
CourtsHeathrowPoliticsIrelandpoll
 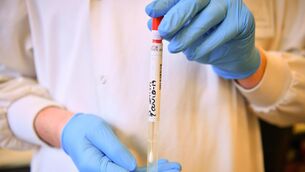