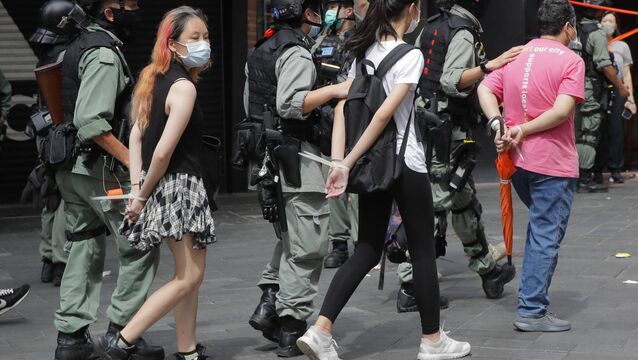 Events in China, Russia, and beyond suggest that we can't take our democratic institutions for granted 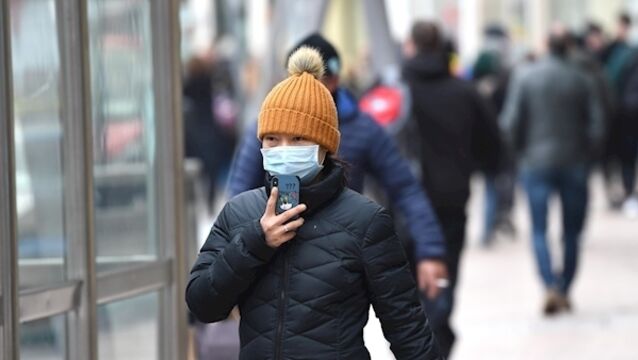 The coronavirus pandemic has infected almost 2 million people worldwide and more than 119,000 deaths have been recorded. 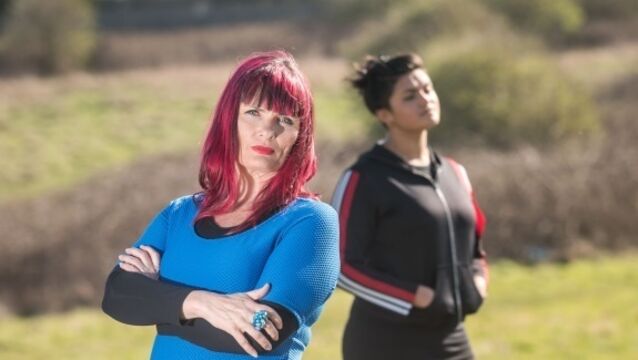 Suzanne Harrington: Politics is about mothers and daughters

I’M just back from a month in southern India, where all is lush, peaceful, and communist. In Kerala, this translates as higher literacy rates, greater gender equality, and less desperate poverty, rather than gulags and Stalinist pogroms. Like the rest of secular India, religion is everywhere; temples, mosques and churches tranquilly co-exist side by side. All gods are catered for.

World in pre-revolutionary state: The winds of change blow ever stronger

All over the world, historians are dusting off a phrase that regularly has a sharp, if fleeting, relevance: Pre-revolutionary conditions.

This year’s Davos gathering could rival the US version of TV reality show The Apprentice, which helped propel Donald Trump into the White House, for ratings-boosting excitement because it’s risky and because the stakes are much higher.

Sizing up India’s future: A nation of multitudes and of contrasts

India stands on the threshold of global economic dominance, with a massive population set to eclipse that of China. Noel Baker savours an optimistic vision of the world&rsquo;s largest democracy

Unchecked China slices away at India with civilian strategy

India has lost 2,000 square kilometres to its neighbour&rsquo;s daily, cross-border stealth missions, but a bullet has yet to be fired. It&rsquo;s time to be assertive, says Brahma Chellaney.&nbsp;

France and India to work together to combat climate change

French President Emmanuel Macron told Prime Minister of India, Narendra Modi, on Saturday he would travel to India before the end of the year for a summit on promoting solar energy.

A human rights group has expressed concern over brutal attacks in India by self-appointed "cow protectors" against Muslims and lower castes over rumours that they sold, bought or killed cows for beef.

The end of cash: The cost of a cashless society

India has withdrawn 86% of its paper money in a bid to eradicate tax evasion, but a world that follows suit may not be very democratic, writes John Hearne.

Power of the diaspora should not be ignored

Strongman rulers have recognised the influence their diaspora have, leaving Western nations to deal with a population with split loyalties, writes Leonid Bershidsky

Apple set to open in India

Prime minister Narendra Modi is clearing the way for Apple to open its first retail store in India after repeated delays, according to people familiar with the matter.

Apple&rsquo;s Tim Cook outlined his vision for his company in India in a meeting with Prime Minister Narendra Modi on Saturday where they also discussed cyber security and data encryption.

One can only hope that xenophobic Trumpism will be rejected by the American electorate, writes Pankaj Mishra

A prominent Indian businessman, Vijay Mallya, has denied claims that he had fled India, as politicians traded recriminations over how he was able to fly to Britain unhindered.

Narendra Modi&rsquo;s visit to Pakistan at Christmas didn&rsquo;t prevent an attack a week later on an Indian air base. The two countries are locked in a see-saw relationship, says Shashi Tharoor

Police arrested two teenagers yesterday for allegedly raping a toddler in New Delhi, in the latest incident of sexual violence against a young child in the Indian capital.

Indian poultry firms expect demand to pick up after a ban on beef in the country&rsquo;s western state of Maharashtra, with other states ruled by Prime Minister Narendra Modi&rsquo;s Hindu nationalist party also aiming to toughen laws on livestock slaughter.

US President Barack Obama and Indian Prime Minister Narendra Modi have announced they have made progress on nuclear cooperation and climate change.

Quirky World...Irony lost on the Twitterati as they resolve to break free from social media... on Twitter

Ten women died and 14 were in a serious condition after messed operations at a government mass sterilisation &lsquo;camp&rsquo; in the central Indian state of Chhattisgarh, officials said last night.

India’s new government introduced a reform-minded budget today, focusing on promoting manufacturing and infrastructure and expanding the tax base.

INDIA: With many worrying about the threat of tough measures in the new government&rsquo;s first budget next week, a Facebook post suggesting the finance minister might be pondering less earthly matters quickly roused anger.

Creating jobs ‘the priority for India’

India&rsquo;s new government will use public and private investment to create jobs for the millions who enter the workforce every year and will make containing inflation its top priority, its president said yesterday.

Tapping into a popular discontent

As the wealth gap globally widens, a political backlash has begun among an increasingly militant public, writes Kyran Fitzgerald.

Modi on victory parade in India

Thousands of cheering supporters have welcomed India’s next prime minister on his arrival in the capital after leading his party to a staggering victory in national elections.

Narendra Modi thundered to victory in India&rsquo;s election, trouncing the ruling Nehru-Gandhi dynasty in a seismic political shift that gives the Hindu nationalist and his party a mandate for sweeping economic reform.

Opposition leader Narendra Modi is set to win India’s election by a landslide, according to preliminary results.

Indian voters, worried about jobs and angry about corruption, look set to turf out the ruling Congress Party in the world’s biggest election starting today in favour of the opposition Hindu nationalists under hardliner Narendra Modi.

Statues of Unity and Zidane destined for different fates

Statue #1: Zidane sent off in Qatar

Priests in the Hindu holy town of Gaya in India have criticised a move to introduce an online version of a traditional ritual.

Indian political parties were today focusing their attentions on their post-election strategies ahead of the results being announced over the weekend.

CRICKET Australia’s hopes of organising a domestic Twenty20 competition to rival the Indian Premier League have been given a major boost after the Board of Control for Cricket in India agreed to release their players for the mooted event.

At least 29 people were killed and 88 wounded when a series of small explosions hit the western Indian city of Ahmadabad today, a top official said, a day after seven similar blasts struck another city in the south.

India's Hindu nationalists scored a resounding victory today in a closely watched state election that was widely seen as a crucial test amid persistent talk of early national elections.

The government of Niger has ordered the expulsion of 150,000 Arab refugees from Chad and neighbouring countries who have lived there for decades.

The ruling party won a sweeping victory today in state elections in western India – a landslide that could boost Hindu supremacists in national politics and challenge the nation’s secular traditions.

At least two people were killed and eight others injured when Indian police opened fire to disperse rioting mobs in Gujarat state.

Terrified Muslims prisoners in own homes

Muslims in India’s western state of Gujarat were today still too frightened to leave their homes or return to those they fled, fearing more attacks from Hindus after five days of mob violence.

Thousands of Indian army soldiers tried to control Hindu mobs in the western city of Ahamadabad today as the death toll in the country’s worst religious violence in a decade approached 300.