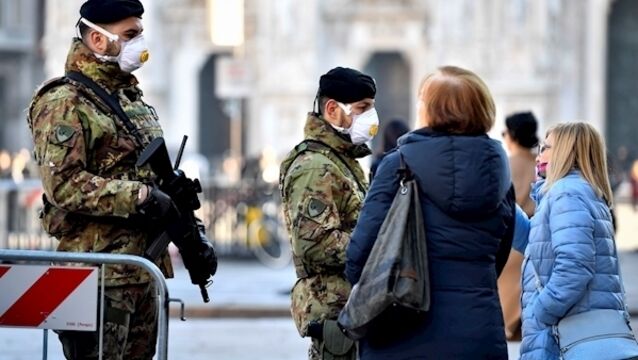 Italy is reporting 250 new deaths related to the Covid-19 coronavirus. 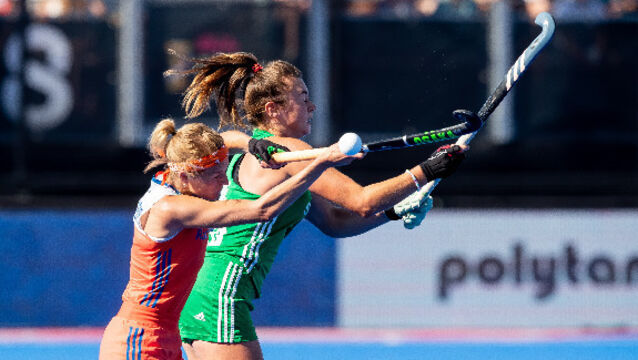 Ireland’s women will meet the Netherlands, Germany, Great Britain, India and South Africa in the group stages of the Olympic Games following confirmation of the final entrants on Saturday. 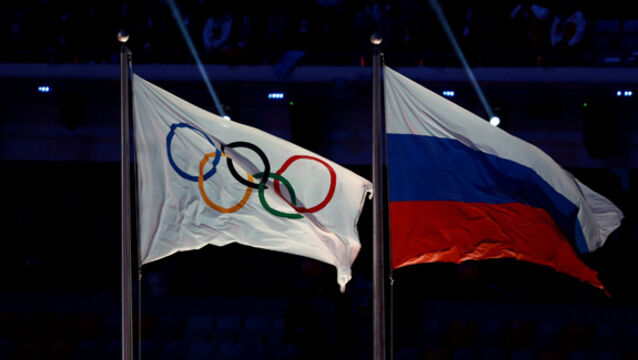 The head of Russia's Olympic Committee claims their Olympic ban has been lifted.

PGA Tour Commissioner Tim Finchem said he regrets not being able to make progress on making a single global tour &mdash; a statement that will be watched with interest by the European Tour.

The Irish Mixed Martial Arts Association (IMMAA) &mdash; the body seeking to have itself appointed as the governing body for mixed martial arts (MMA) here &mdash; has defended the measures it is implementing to make fights safer.

Rory McIlroy will go into today&rsquo;s third round of the 145th Open Championship at Royal Troon eight shots behind leader Phil Mickelson but believing winning a second Claret Jug in three years is not beyond the realms of possibility.

Russian pole vaulter Yelena Isinbayeva has called the International Association of Athletics Federations&rsquo; decision to maintain Russia&rsquo;s athletics ban ahead of this summer&rsquo;s Olympic Games a &ldquo;violation of human rights&rdquo; and said she plans to appeal.

Italy coach Antonio Conte is among 104 people whom a prosecutor has requested be brought to trial under match-fixing charges in a wide-ranging case that allegedly has its roots in Singapore.

Olympic events will be able to be staged in more than one city or even in different countries in the future after new rules were agreed by IOC members.

Pistorius ‘is free to compete again’

Oscar Pistorius is free to compete for South Africa again, as long as his running doesn&rsquo;t go against the ruling of the judge.

Oscar Pistorius is free to compete for South Africa again – as long as his running does not go against the ruling of a judge.

Italy’s Olympic Committee has confirmed it has received an email containing terrorist threats ahead of the Winter Olympics in Sochi.

The International Olympic Committee has received assurances from the Russian government that its new anti-gay law will not impact on the 2014 Winter Games in Sochi.

The International Olympic Committee has suspended India after a row over government interference in their election process.

The International Olympic Committee has opened an investigation into Lance Armstrong, who could be stripped of the bronze medal he won at the Sydney Games in 2000.

Graeme McDowell hopes golfing or Olympic authorities take the question of allegiance out of the hands of himself, Rory McIlroy and other Northern Irish golfers ahead of the sport’s re-introduction to the Games at Rio 2016.

Peter O’Connor, who was born in Wicklow in 1872, lived most of his life in Waterford.

Hickey: We’re in great shape for these Games

Olympic Council of Ireland president Pat Hickey feels at his “most relaxed” before any Games during his tenure.

Every Olympics has a new emblem, and every emblem causes outrage, none more so than 2012’s jagged shards, says Richard Fitzpatrick

SECURITY experts have discovered the biggest series of cyber attacks to date, involving the infiltration of the networks of 72 organisations, including the United Nations, governments and companies around the world.

STADE FRANCAIS prop David Attoub has had his 70-week ban for eye-gouging reduced to 52 weeks by France’s Olympic Committee (CNOSF).

Poles wept before their televisions, lowered flags to half-mast and taped black ribbons in their windows after hearing that President Lech Kaczynski and the upper echelons of the establishment lay dead in woods a short drive from the site of the Katyn forest massacre, where 22,000 Polish officers were killed by Soviet secret police in one of Poland’s greatest national traumas.

Iraq were today suspended by world governing body FIFA after the Iraqi Olympic Committee dissolved the governing board of the Iraq Football Association.

Organisers of the 2016 Olympics are pitching host city Rio de Janeiro as a potential “power island” immune from blackouts like the one that left 60 million Brazilians in the dark, though experts yesterday questioned whether a safe energy haven for the games is possible.

Rugby sevens and golf were today confirmed as new Olympic sports for the 2016 Games.

US president Barack Obama lobbied Olympic leaders to give the 2016 Games to his home town Chicago, saying the US "is ready and eager to assume that sacred trust".

US President Barack Obama will travel to Copenhagen to support the bid by the city of Chicago to host the 2016 Olympic Games.

THE IRB will meet French authorities in an attempt to firm up laws that are allowing Marius Tincu to play in the Top 14 even though the Perpignan hooker is serving an 18-week worldwide suspension.

THE International Olympic Committee (IOC) has confirmed a ban on Iraq from competing in the Beijing Games in a huge blow to seven Iraqi athletes who had hoped to travel to China this August, an IOC letter has said.

IAAF back Pistorius for relay

The IAAF has made it clear today they fully support Oscar Pistorius in his bid to represent South Africa at next month’s Olympic Games.

The Iraq Football Association have sacked coach Adnan Hamad following the team’s failure to progress to the final round of qualifying for the 2010 World Cup.

The Brazilian Olympic Committee have announced they will attempt to bring the 2016 Olympic Games to Rio de Janeiro.

A former Iraqi sporting official who was kidnapped along with more than two dozen others when gunmen burst into a conference centre was released today in eastern Baghdad, police and sports officials said.

Gunmen kidnapped the head of Iraq’s Olympic committee and at least 30 employees today after storming a meeting of sports officials just days after the coach of Iraq’s national wrestling team was killed.

Princess Cristina, the second daughter of Spain’s King Juan Carlos and Queen Sofia, has given birth to a girl, her fourth child and the royal couple’s sixth grandchild, the Royal Palace said today.

Kostas Kenteris and Katerina Thanou will fight the provisional two-year bans imposed on them by the International Association of Athletics Federations (IAAF) at an independent tribunal this weekend.

Greek sprinter Kostas Kenteris has denied faking a motorbike crash to avoid a doping test before the start of the Athens Olympics.

Arantxa Sanchez-Vicario is aiming for a fifth Olympic medal after the International Tennis Federation gave her a special invitation to participate in the Athens Games.

Security concerns for this summer’s Olympic Games intensified today after three bombs were planted at a police station in the host city Athens.

FOR the next week or so, the world rotates around Ireland. At least, it should.

Coalition aircraft have bombed a complex that serves as the office of the Iraqi National Olympic Committee and, according to critics of the Iraqi president, a torture centre run by Saddam Hussein’s eldest son Uday, the US military said today.