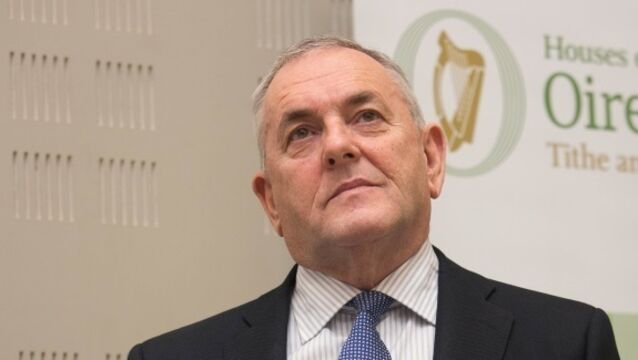 'It's clear Sinn Féin are locked out of talks': Martin comes under fire from FF members

Micheál Martin has come under increased pressure from his party members, councillors and TDs to halt government formation talks with Fine Gael. 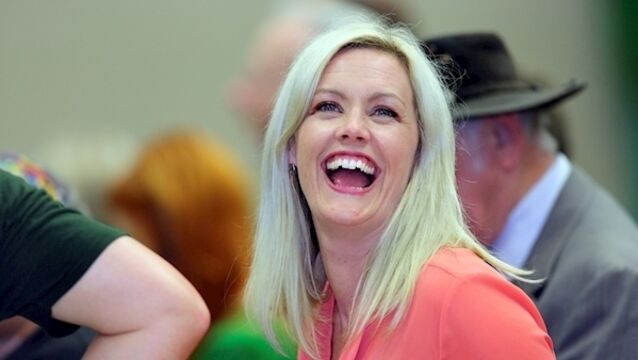 Being the son or daughter of a politician can get you elected, but may be an unfair point of comparison once you are in office, says Political Correspondent Elaine Loughlin. 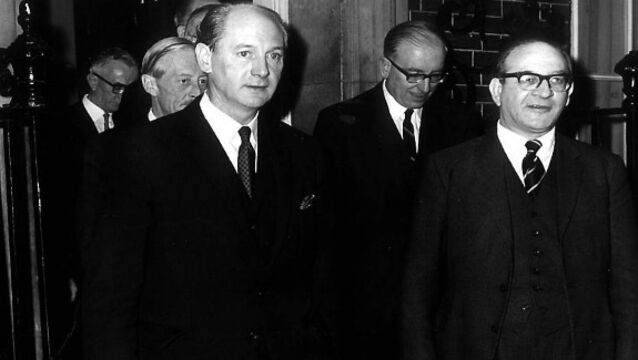 The centenary of the birth of Jack Lynch is clearly an event worth marking, not least because he embodied the centrist consensual approach to politics and economic management which on the whole has served the country pretty well.

On the 50th anniversary of Jack Lynch&rsquo;s election as Taoiseach , Ryle Dwyer&nbsp;looks back on the occasion, when the Corkman had to be persuaded to let his name go forward

As a country, we have been for a long time &mdash; and still are &mdash; extremely attractive to foreign direct investment (FDI).

Surely the time has come to acknowledge what a substantial figure Enda Kenny is, and what a mark he has made on the Irish political landscape, says Fergus Finlay. He established a place in history last week as the first Fine Gael leader ever to have been re-elected to the office of Taoiseach.

HEWLETT-PACKARD is to cut another 25,000-30,000 jobs worldwide due to falling demand for its products and the move towards cloud technology. The latest wave of cuts comes on top of the 55,000 layoffs previously announced by the company.

We need our Government to demand the truth about the IRA

Poor Ireland, whatever you think about past generations they at least had their leaders of stature.

If Aer Lingus is sold to IAG, Ireland could end up owning a version of it again in future, if New Zealand&rsquo;s experience is any guide, writes Kyran FitzGerald.

All’s changed, but there’s still something ’70s about Sinn Féin

A&nbsp;BOY scout once, I would have been on Church Parade yesterday.&nbsp;

HOW do you solve a problem like Charlie? Not easily, if the dramatisation of Charlie Haughey&rsquo;s life that has been showing for the last two Sundays is anything to go by.

Ray Ryan&nbsp;looks at the proud history of an organisation which was set up to give farmers a voice in their own affairs.

Ireland couldn’t stomach war, so it went hungry at home

Ireland During the Second World War

The violent expression of indignation by loyalists and Orange Order members at the sight of the Lord Mayor of Belfast Máirtín Ó Muilleoir visiting the Shankill Road is nothing more than a grotesque display of raw sectarianism.

An Post has taken a trip down memory lane and issued two stamps to mark the 50th anniversary of US president John F Kennedy’s visit to Ireland.

If Fianna Fáil ‘ruined’ this country, nobody admits that it also built it

The Taoiseach’s Time has finally come...

Enda Kenny has made Time magazine.

Imitation is frequently regarded as the sincerest form of flattery.

The root of Fianna Fáil cronyism

IN 1997 I sent a letter to your newspaper regarding many commentators who questioned the right of Belfast-born Mary McAleese to run for the Presidency of Ireland.

In life some things are better left unsaid

Screenwriter, playwright and director Gerry Stembridge admits to having doubts that he had what it takes to be a novelist, writes Caroline O’Doherty.

A CORK park will be transformed into a culinary centrepiece over the next four days as some of the country’s top chefs tempt local and visitor alike with the best in local and international cuisine.

Aer Lingus is celebrating 75 years in the air next Friday. Pól Ó Conghaile looks at the special role the iconic airline has played in the history of the state

AN exchange — it would be delusional to call them negotiations — will begin this morning between our Government and the EU/IMF on reversing cuts to our minimum wage, reducing the lowest VAT rate and changing tax arrangements for first-time house buyers to help them cope with the tsunami threatening their financial security.

What are three things you can’t live without?

CONCERNS about the safety of the current location of Cork Airport at Ballygarvan for commercial air service were voiced by former taoiseach Seán Lemass during the 1950s.

Dumping party leaders is merely an exercise of democracy in action

FIANNA Fáil has essentially ousted its last five party leaders while serving Taoisigh. Recently, Vincent Browne was asking on TV3 whether this is indicative of something radically wrong within Fianna Fáil.

Bruised party must return to its roots

I’M one of the many thousands of Irish people who describe themselves as having been “born into” Fianna Fáil; there are now, however, very many (a majority, I fear) among our number who have long since desisted from ascending the mountain-tops to proclaim to all and sundry their political heritage.

Our leaders’ questions of sport

I WOULD HAVE guessed that green fees at Druid Glen were expensive. But €35 billion? Those fairways must be like snooker-table felt.

Programme failed to give Costello his due

I WRITE concerning this week’s programme about TK Whitaker on TG4.

News from a New Republic: Ireland in the 1950s

FORMER US President Harry Truman once explained: “My choice early in life was either to be a piano player in a whorehouse or a politician. To tell the truth, there’s hardly any difference. I, for one, believe the piano player job to be much more honourable than current politicians.”

AS an Irishman whose ancestors were prominent advocates of the Anglo-Irish Treaty of 1921, I am appalled by the sentiments expressed by Senator Liam Twomey (August 12).

IT is natural that Fianna Fáil might grasp at any straw that might improve their image if not their ratings.

Name fit for an airport

I RECOMMEND that Dublin airport be renamed Lemass Airport Dublin in recognition of the huge contribution Seán Lemass made to the development of aviation in Ireland and specifically towards the growth and great success of Dublin airport.

IRISH people who find it difficult properly to recognise and honour Irish soldiers who died in khaki uniforms in the First World War should know that Tommy Mullins, a founder member of Fianna Fáil who organised the first cumann meeting a month before the party was formed into a national movement in April 1926, and served as party general secretary until he retired in 1970, solemnly believed all those who fought and died in the Great War should be remembered and properly honoured.

The Lemass style of leadership was to encourage his ministers to be proactive. Unlike de Valera, he never managed to lead Fianna Fáil to an overall majority but, unlike some of his successors, he refused to bargain with any independents to support his nomination for Taoiseach

Leading out of a crisis - Government can learn from Lemass

FIFTY years ago yesterday, Seán Lemass stepped out of the shadow of Eamon de Valera to succeed him as taoiseach. He inspired renewed hope in the republican ideal that we could, as a people, provide for ourselves.

Former Taoiseach Sean Lemass is being immortalised in a state award scheme for entrepreneurial school kids, it emerged today.

We betrayed one generation. Are we willing to do it all over again?

Charlie McCreevy had the courage to move a ‘no confidence’ motion in Charlie Haughey’s leadership in October 1982, but the great majority in the parliamentary party did not have the vision, the guts or the integrity to support his motion, so Haughey survived.

Public suffers while train drivers hold the country to ransom

THINKING of the behaviour of the Cork train drivers this week brought Rudyard Kipling to mind. It was he who first coined the term “power without responsibility”.