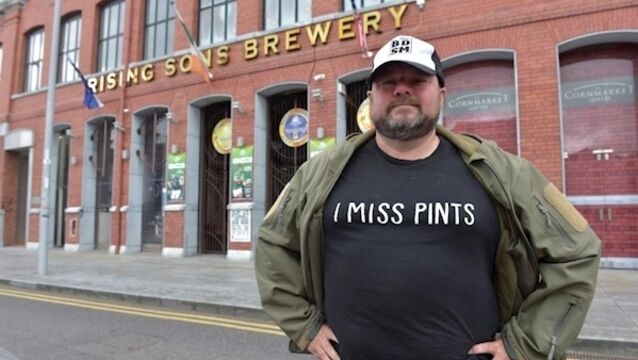 Table service and toilets with traffic lights: Irish pubs plan for an uncertain future after Covid-19

Some pubs are set to reopen towards the end of the month, but only under continuing physical-distancing restrictions, according to the government's revised road map on reopening the country after months of the Covid-19 lockdown. 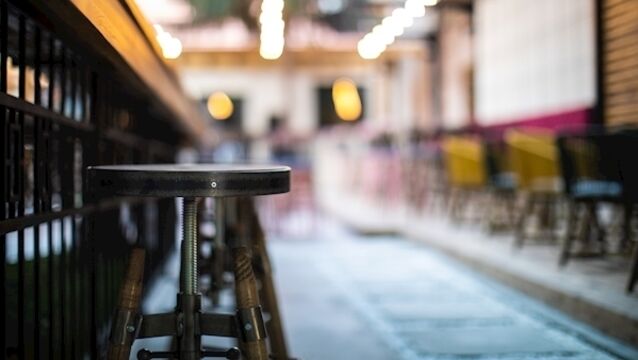 Publicans say they will need detailed guidelines on the implementation of social distancing measures in pubs before they can reopen. 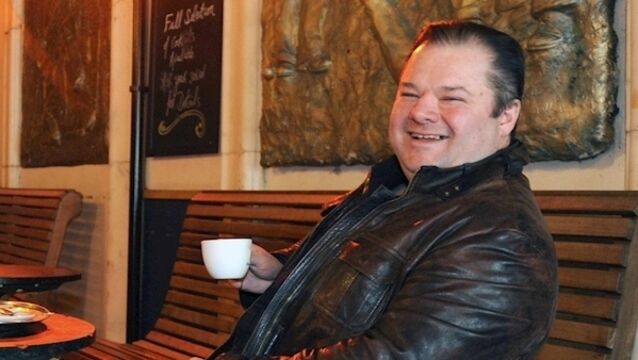 Publican Benny McCabe, who shut down his chain of 15 heritage pubs across Cork city on Saturday, said the decision will cost his business millions but that common sense had to prevail.

One of Cork’s best-known businessmen has blasted the lack of progress on the long-mooted events centre, saying it is missing out on hosting events like the Pendulum Summit in Dublin.

A market stall which was blocking views of a listed pub in Cork&rsquo;s traditional street market quarter has been moved.

Some of the longest-serving traders in Cork&rsquo;s historic street market quarter have backed calls for a new strategy to save its street trading tradition from extinction.

One of Cork&rsquo;s leading publicans is considering legal action against the city because vacant market stalls in its traditional market quarter are blocking his listed building.

Local businesses in Cork city have told a group opposed to a proposed flood relief scheme there that they are concerned about the future of businesses in the city centre if the construction goes ahead.

Yes vote campaigners are planning to re-hang a huge marriage equality banner over one of Cork City&rsquo;s busiest streets after its unauthorised removal earlier this week.

A man worth his malt: Benny McCabe plans gin and vodka distilleries for Cork

Not content with running 12 pubs and a brewery, publican Benny McCabe has revealed plans to develop two micro-distilleries in the heart of Cork City.

When it comes to the pub trade, the &lsquo;real capital&rsquo; is clearly elbowing its way to the counter in the nation&rsquo;s capital.

A decade on, vintners now figure strongly among the more avid supporters of the smoking ban, as Catherine Shanahan discovers

A consortium that owns some of Cork’s best-known pubs has been refused High Court injunctions stopping IBRC’s special liquidators selling its performing loans to Nama or other entities.

Retailer Lidl is the first of two German discount chains to make a strong foothold in Cork city centre, opening today in Cornmarket Street, ahead of Aldi’s plans to locate in the ground floor of the Elsyian tower.

The family which has owned a popular city pub for more than a century has built a micro-brewery in the basement and launched a range of craft beers and stouts.

The Menu has enjoyed wonderfully uplifting repasts in The Stuffed Olive Café, in Bantry, so was saddened when it closed last year.

A consortium that owns some of Cork’s best-known pubs has initiated proceedings aimed at preventing Irish Bank Resolution Corporation selling its loans to Nama.

An article published in this newspaper in 2007 outlined how Benny McCabe was “no fastidious accountant, with his eye fixed firmly on the bottom line. For McCabe, pubs are a way of life.”

IndieCork gets in on the city's film scene

Rural pubs are so decimated that, within 20 years, the Government will have to provide grants for them to open in the summer to cater for tourists, says a Cork publican.

UP TO €1m is to be invested in a new micro-brewery in the old heart of Cork city, the Coal Quay.

Tourism company Paddywagon Tours is about to open a second Cork city base, in rapid succession to its first base which opened last August.

One of Cork’s best known publicans has removed anti-abortion posters from one of his venues after they were placed there without his knowledge.

They call it a weekend, but this year, Cork’s annual festival of jazz could be its longest ever.

Multi-pub owner Benny McCabe says Irish drinkers obey the law on holidays, and flout it at home. We need to change

“WE’VE enough on our plate for the moment,” says foodie Conrad Howard, one of an entrepreneurial trio that opened its third Cork eating house this week.

IN A case of new wine in old bottles, multi-pub owner Benny McCabe this weekend opens a city wine and food bar in one of Cork’s oldest retail buildings, one that served as a pharmacy for close to a century.

I WAS sickened by the arguments and “justifications” put forward by Padraig Cribben of the VFI and publican Benny McCabe (Letters, September 4).

Reality check ... Dev and the Sacred Heart on the wall of an empty bar

CHANDELIERS from the White House, inspiration from the Gaudi House, a deposit from Gurranabraher Credit Union and the redevelopment of arguably Cork city’s best known night spot.

CORK’S Bodega bar is being sold on by developer Owen O’Callaghan, with purchaser Benny McCabe lined up to take the premises in a deal valued about €8 million.