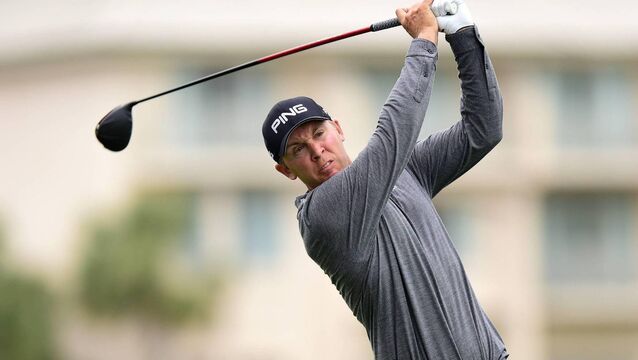 Webb Simpson picked up shots on five of the first nine holes in a round of 64 for a share of the lead at the PGA Tour event. 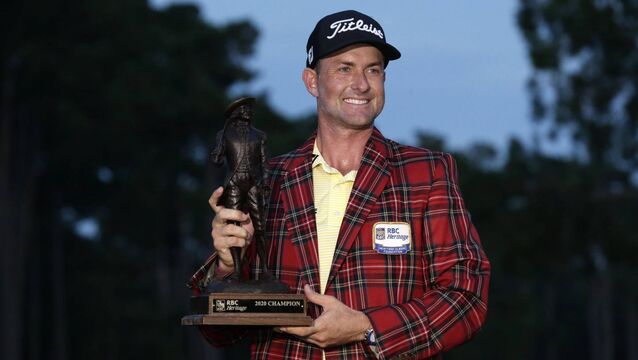 Webb Simpson has claimed the PGA’s RBC Heritage event with a tournament record score of 22-under 262. 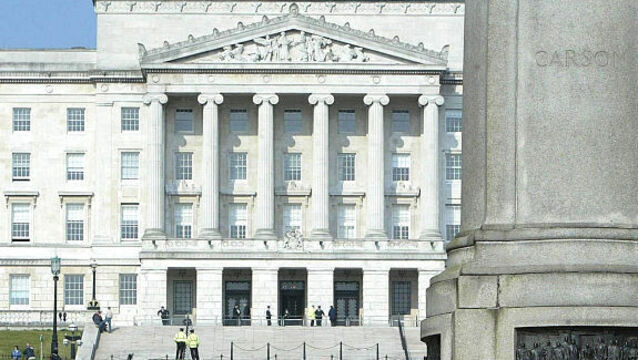 Early abortions ‘will be provided in Northern Ireland’

Early abortions are to be provided in Northern Ireland in an emergency response to the coronavirus pandemic, a charity has said.

Next year don't come but today has

Did we really think he was snookered? Turns out Joe Brolly didn’t even have to play this one off two cushions.

The retirement of Dubliner Willie Walsh from the IAG airline conglomerate he created will likely have little effect on the growth plans at Aer Lingus any time soon.

Connacht's Heineken Champions Cup challenge hangs by the thinnest of threads after a convincing four-try defeat to Gloucester at Kingsholm on Sunday afternoon.

Irish show jumpers will line out on both sides of the Atlantic this week as the 2019/2020 FEI World Cup series gathers momentum.

With the official team season now done for 2019, attention turns to the individual jumping circuit with the first European round of the FEI World Cup series taking place in Norway at Oslo Horse Show this weekend.

Ciara Mageean: ‘I’m a clean athlete and that’s all I concern myself with’

This wasn’t an easy assignment for Ciara Mageean, for reasons that run far deeper than performance alone. Either way, it was one she passed with flying colours here at the World Championships in Doha.

In a video message posted on Father’s Day, OJ has insisted he never had any ‘romantic or sexual interest’ in Kris Jenner.

Rory McIlroy moved into a three-way tie for the lead after a sparkling third round at the RBC Canadian Open.

Waterford forget off-field woes to pile the pressure on Cork

While off-field developments haven’t been positive for Waterford this week, the Blues faithful had something to cheer at the RSC.

Former champion Rory McIlroy made it two wins out of two with a 3&2 victory over South Africa’s Justin Harding on day two of the WGC-Dell Technologies Match Play last night.

McIlroy closing in on knockout-stage spot; Woods on brink of exit

Rory McIlroy maintained his impressive form in the countdown to the Masters with a second straight victory in the WGC-Dell Technologies Match Play but could yet miss out on an eagerly-anticipated showdown with Tiger Woods.

Jessica Simpson has given birth to her third child with husband Eric Johnson.

Judgment in slopping out case could have 'huge consequences', State argues

Any finding by the Supreme Court that slopping out amounts to inhuman and degrading treatment would have “huge” consequences for the State and the Mountjoy prison regime, the State has said.

Shares in UK regional airline Flybe soared over 33% after Aer Lingus-owner IAG reportedly joined the race to buy the business.

Ryanair waiting in wings as Flybe expected to be carved up

Ryanair has been named as a possible significant beneficiary — though an unlikely outright buyer — from an expected sale of British regional airline Flybe.

Lady Caroline Lamb would have loved social media. She would have been a highly-paid fashion influencer, offering tips like &ldquo;spray a fine mist of water on your gauzy gown, before you go out for the night, because the mist will make it cling to your body in a way that&rsquo;s to die for&rdquo;.

Two Irish managers among leading contenders to be next Derby boss

Derby are in the hunt for their sixth manager in three years following Gary Rowett's departure to Stoke.

Starting with the largest Sunday lead ever at The Players Championship was harder than Webb Simpson imagined.

Woods was back to his best on Saturday as he rose from tied 68th into the top 10 by early afternoon.

Kevin Markham looks at the clubs celebrating anniversaries in 2018.

Labour senator Aodh&aacute;n &Oacute; R&iacute;ord&aacute;in has apologised for a tweet about the Ulster rape trial.

Jack Anderson: Did sabotage put Russian curler out in the cold at the Olympics?

Wasps 26 - Ulster 7: Wasps ended their European Champions Cup group campaign on a winning note with a convincing 26-7 victory over Ulster at the Ricoh Arena.

A senior US politician has released a transcript from an interview with the co-founder of the firm that commissioned a dossier of allegations about President Donald Trump's ties to Russia.

The refusal may have implications for some of an estimated 1,200 other slopping out cases in the pipeline.

Who are the heavyweight contenders set to enter world's top 100 golf courses?

Doctor weeps after driving causes the death of tourist

An American doctor wept in court as he spoke of his oath to do no harm in a case where he admitted that his dangerous driving caused the death of a woman visiting Cork to see her first grandchild.

Leicester were unable to end their home hoodoo against West Brom at the King Power Stadium.

A High Court judge will rule later on liability for what the State has agreed will be "substantial" costs, estimated at more than €1m, of a former prisoner's case over slopping out.

Lawyer: 'No doubt' OJ Simpson will go to Florida after prison release

OJ Simpson will live in Florida after he is released on parole from a Nevada prison where he has been held for the past nine years.

The Juice let loose? Plan in motion for OJ Simpson release as soon as Monday

Simpson's release is expected after nine years behind bars for his 2008 armed robbery and kidnapping convictions.

The State is bracing itself for the outcomes of around 880 court cases on &ldquo;slopping out&rdquo; in prisons after it lost a landmark action in the High Court.

The High Court has ruled that a prisoner who "slopped out" in Mountjoy Prison had his rights to privacy breached.

Could a Cardiff-based wafer company be the next big thing for technology investors?

Legendary explorer and climber Simon Yates will be talking about his experiences during his Cork tour, writes&nbsp;Conor Kane