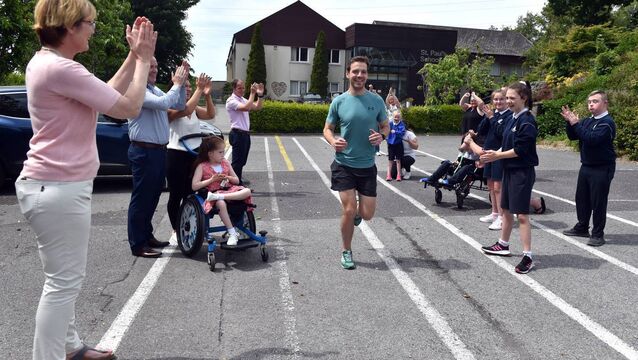 A physiotherapist is set to run a marathon for a bus in a school car park on Sunday. 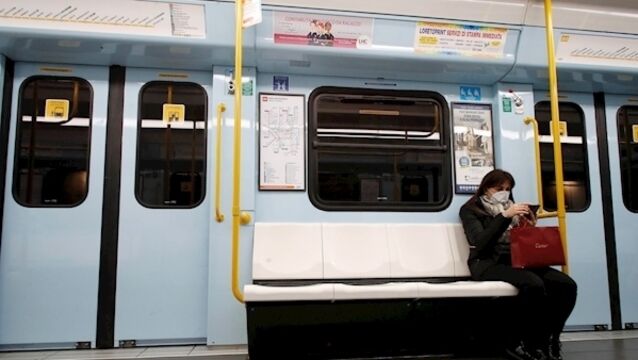 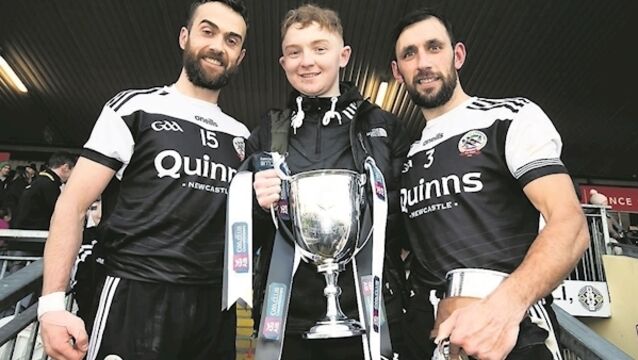 Finally at last, with the Ulster Club Championship won and all that he had been striving for over the past decade secured

Officer acquitted over fatal shooting of black driver to receive $48,500

Playgrounds in Cork to be disability friendly

Rebecca Hall&rsquo;s dress for The BFG premiere in London is from the first autumn Christian Dior collection released since Raf Simons left.&nbsp;

US presidential hopeful Donald Trump has said he believes relations between police and the nation's African-American community are "far worse" than people think.

Barack Obama will meet relatives of the five police officers killed in Dallas when a gunman opened fire on a protest march, the White House said.

President Barack Obama has called for greater tolerance, respect and understanding from police officers towards the people they take an oath to protect, as well as from individuals who think officers are too heavy handed and intolerant.

A suburban police officer likely wouldn&rsquo;t have shot dead a black motorist if he had been white, Minnesota&rsquo;s governor has said, joining the national debate in the US over how law enforcement treats black people.

Radical group claims murders of US police in Dallas

Responsibility for the murder of five police officers in Dallas has been claimed by a radical civil rights group called the Black Power Political Organization.

A suspect in the gun attack on police in the heart of Dallas told officers he was upset over recent police shootings of black men and wanted to kill white people, particularly police, according to officials.

US police have made one arrest after bottles and rocks were thrown by a rogue group of protesters in Minnesota.

Black man dies in Minnesota after being shot by police

The man shot dead by police in Minnesota has been named

A former University of California graduate student killed his estranged wife in Minnesota before carrying two semi-automatic pistols and a grudge back to Los Angeles, where he gunned down a young professor he once called a mentor before killing himself.

Man extradited from Ireland charged with attempted murder in the UK

A man from Bristol has been charged with attempted murder after being extradited from Ireland.

On our first night in Oregon we were greeted by a young ma&Icirc;tre d&rsquo; at the Bridgewater Fish House, in Florence &mdash; a converted mercantile store reminiscent of the Oleson&rsquo;s in Little House on the Prairie.

Over 1200 clients/pupils from special needs schools and services across Cork City and County, along with their carers/teachers attended a free two hour session at Funderland, Monahan Road on Thursday 7th April 2016.

Seville will ignite the passion

It is one thing to outlast hundreds of poker players to win one of the World Series of Poker&rsquo;s 68 events and the Las Vegas tournament&rsquo;s coveted gold bracelet.

A video purported to be by Somalia’s al Qaida-linked rebel group al-Shabab urged Muslims to attack shopping centres in the US, Canada, Britain and other Western countries.

Do you want fries with your outburst? McDonald's worker wrecks workstation

This McDonald&rsquo;s worker is clearly feeling a little under appreciated and unsatisfied in his role.

&lsquo;Waterloo&rsquo; meticulously recalls the events of four days in June 200 years ago when 200,000 men were engaged in a struggle which laid the foundations of contemporary Europe, writes Allan Prosser.

Funeral ceremonies for the two Irish climbers who died last week following a fall on Mont Blanc took place at the weekend.

Members of the Defence Forces paid poignant tributes in Limerick and Lebanon yesterday to the little girl who soldiers called their “guardian angel”.

Pee Flynn and the match made in heaven

The bishops were quick out of the blocks last week to smite the proposed referendum on same-sex marriage.

A Cork-based friend of Alex Ferguson has revealed he will be making attempts to encourage him to visit the city.

Many came to pay their last respects — others to make sure Margaret Thatcher was finally dead and gone.

Final respects to be paid to Thatcher

The UK will pay its final respects to Margaret Thatcher today as friends and foes continue to row over her legacy.

Unions may be buried along with Thatcher

The chimes of Big Ben are to be officially silenced for the first time in nearly half a century to mark tomorrow’s funeral of Margaret Thatcher.

A full military rehearsal for Baroness Thatcher’s funeral has taken place in the early hours of this morning.

Sixteen people were in police custody after hundreds of demonstrators gathered at a London landmark to protest against Margaret Thatcher’s legacy and mark her death with a party.

Details of the arrangements for Margaret Thatcher’s funeral on Wednesday were released today by Downing Street.

Baroness Thatcher would have been “honoured and humbled” by the presence of the Queen at her funeral, her son said today.

Clubs to decide if they hold minute's silence for Thatcher

The UK's Football Supporters’ Federation supports the decision not to have a universal minute’s silence for the late Baroness Thatcher during this weekend’s fixtures.

The funeral of former British Prime Minister Baroness Thatcher’s funeral will be held next Wednesday, it was announced today.

The potential loss of Jamie Clarke may still be causing shockwaves around Armagh, but David McKenna insists that within Crossmaglen, it’s barely even been mentioned.

Eleven people were arrested after a day of protest in London saw anti-capitalists from the Occupy movement pitch tents outside the Bank of England.

Two shot dead at US Coastguard base

Two US Coast Guard members were shot dead at a communications station on an island off Alaska in what officials said appeared to be a double murder. They have yet to identify a suspect.

Anti-capitalist protesters were evicted from outside St Paul's Cathedral today, more than four months since their occupation began.

Mourners pay tribute to Florence, a woman ‘endowed with grace and charm’

The Alzheimer Society of Ireland and its carers were yesterday poignantly thanked for the help they gave finance minister Michael Noonan’s wife Florence, who died from the disease last Thursday, 14 years after the illness had gripped her life at the age of 54.

Gracious Flor will be sadly missed

As messages of condolence were descending on the Noonan family home in Limerick yesterday, the parish of St Paul in the suburb of Dooradoyle was rekindling memories of a cherished neighbour and gracious, elegant woman.

Anti-capitalist protestors camping outside St Paul’s Cathedral were today refused permission by the Court of Appeal to challenge orders evicting them.

Occupy London protesters have taken over an eight-storey office building in the city's financial district, despite warnings it is unsafe.