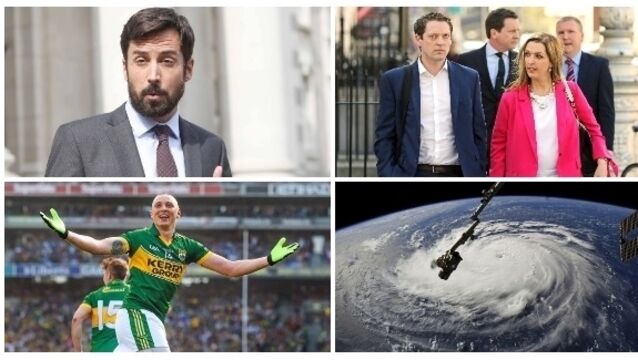 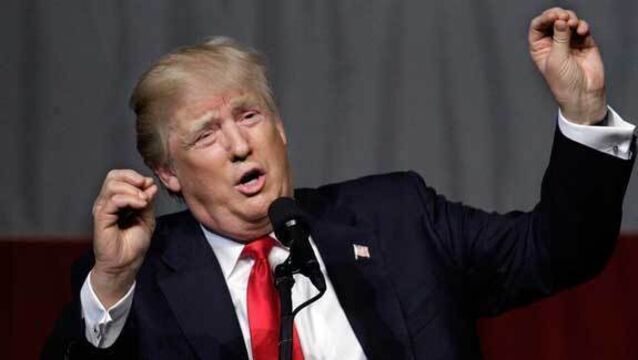 The great American presidential mud wrestling match has reached its climax. There will soon be a blonde wig, or two, on the green. 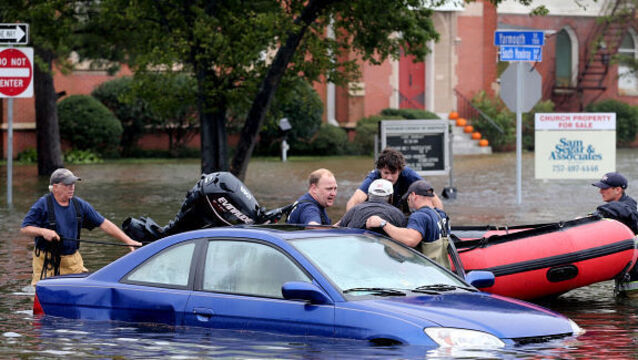 Thousands without power as storm drenches US east coast

A dangerous rainstorm drenching the US East Coast has brought more misery to South Carolina – cutting power to thousands, forcing hundreds of water rescues and closing many roads because of floodwater.

Sandy leaves a legacy of misery

Traders in London were left in limbo today after Hurricane Sandy forced Wall Street to shut down for the first time since the September 11 attacks.

An unusually early and powerful snowstorm struck the US East Coast, weighing down or toppling leafy trees and utility lines to knock out power to 2.3 million customers.

The full measure of Hurricane Irene's fury came into focus as the death toll passed 44, while towns in the northern US region of New England battled epic floods and millions were still without electricity.

Hurricane Irene opened its assault on the Eastern Seaboard today by lashing the North Carolina coast with wind as strong as 115 mph and pounding shoreline homes with waves.

2 million evacuate as Irene bears down on US

HURRICANE Irene caused extraordinary disruption Friday as it zeroed in for a catastrophic run up the Eastern Seaboard. More than two million people were ordered to move to safer places, and New York announced plans to shut down its entire network of subways for the first time because of a natural disaster.

The British government's emergency committee COBRA is to meet this morning to discuss security after suspicious packages were found at East Midlands airport and on a plane in Dubai.

PRESIDENT Barack Obama declared yesterday that authorities had uncovered a “credible terrorist threat” against the United States following the overseas discovery of US-bound packages containing explosives aboard cargo jets. Obama said both had been addressed to Jewish organisations in the Chicago area.

A WEAKENED Hurricane Earl delivered only a glancing blow to North Carolina’s Outer Banks yesterday on its way up the East Coast, flooding roads on the narrow holiday islands and knocking out power but staying farther offshore than feared. There were no immediate reports of any injuries.

Up to 30,000 evacuated as hurricane approaches island

Around 30,000 residents and visitors were ordered to evacuate a US island today as Hurricane Earl approached.

Tourists on a holiday island in North Carolina were ordered to board ferries and head for the mainland today as Hurricane Earl threatened to sideswipe the US East Coast.

A powerful Hurricane Earl threatened to lash much of America’s East Coast, forcing Labour Day holidaymakers to rethink spending the traditional last week of summer at the beach.

Tropical Storm Hanna sped toward the Carolinas today, promising to deliver gusty winds and heavy rain during a dash up America’s Eastern Seaboard that could wash out the weekend for millions of people.

North-eastern US digs out from record snowstorm

ROAD crews scrambled to clear highways for commuters yesterday and thousands of travellers stranded at airports still waited to get home as the north-eastern states dug out from a record-breaking storm that dumped 60cm or more of snow.

ATMs in the east may run out of cash

ATM machines in the Eastern seaboard area could run out of cash this weekend, it was feared today.

Schools and airlines catch up as snowstorm dies out

SOME schools stayed closed yesterday and airlines struggled to catch up as the US north-east plowed out after the powerful weekend snowstorm that piled snow nearly four feet deep in places.