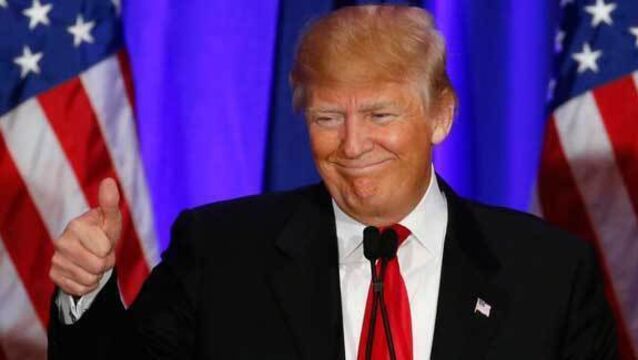 Mr Trump thinks that ‘smoking’, as in the gun metaphor, is spelt ‘smocking’, making him this year’s leading contender for the Dan Quayle Potatoe prize, Best-in-Tweet class. 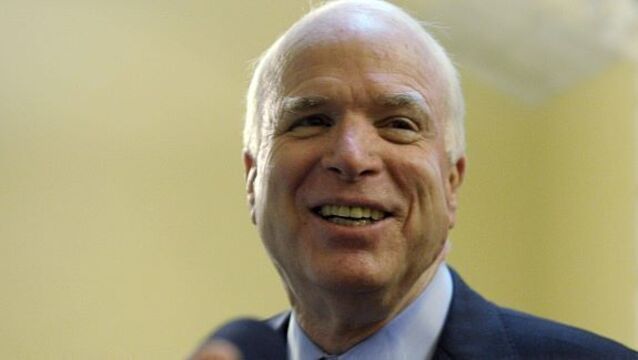 American senator John McCain, who has died aged 81, was that increasingly rare figure: a man of active moral substance in political life. 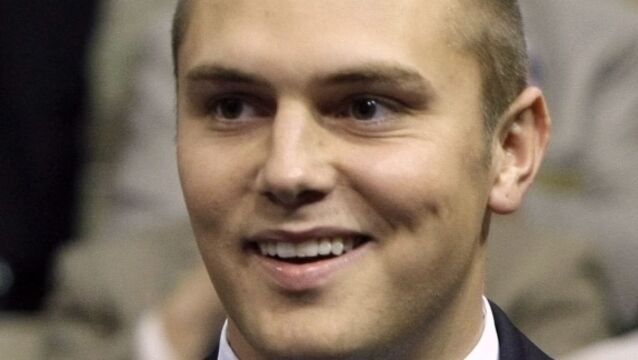 Sarah Palin's oldest son has been charged with assaulting his father at the family's home in Alaska.

Ms Palin posted photos on social media and her website.

WHEN The Irish Press was first published in 1931 &mdash; P&aacute;draig Pearse&rsquo;s mother pressed the button to start the printing press &mdash; the paper&rsquo;s founder &Eacute;amon de Valera said the paper&rsquo;s purpose was: &ldquo;To give the truth in the news ...&rdquo;&nbsp;

How desperate were Americans for change?

Donald Trump offered something different to the disgruntled and disillusioned, beating a centuries old, two-party system. He has also made dangerous pledges and has the same access to the nuclear button as he has to his Twitter account, writes&nbsp;Michael Clifford

Presidency proves a glass ceiling too high for Hillary Clinton

Since the public consciousness became aware of Hillary&nbsp;Clinton, she has never hidden her ambitions. Despite a wealth&nbsp;of political experience, she has always divided and polarised&nbsp;opinion, writes Will Dunham

America goes to the polls: Let’s not face such very poor choices

DESPITE narrowing but still fluctuating margins, FBI leaks on incomplete investigations into Hillary Clinton&rsquo;s unwise, possibly illegal, email policy while she was Barack Obama&rsquo;s secretary of state and a 24/7 conveyor belt of scandal and relentless greed; despite Donald Trump&rsquo;s racism, boorishness, ignorance, misogyny, contempt for truth and his country&rsquo;s constitution, today America must choose one of those insecure, frightened people to be their president for the rest of this decade and beyond.

Hole in ozone layer ‘not caused by cans of hairspray’, claims Danny Healy-Rae

The hole in the ozone layer was caused by nuclear testing and &ldquo;not by cans of hairspray or whatever&rdquo;, claims Independent TD Danny Healy-Rae.

After Danny Healy-Rae's climate change comments, many are searching for answers.

Danny Healy-Rae&rsquo;s pronouncements in the D&aacute;il last night on climate change and how "God above is in charge of the weather" have left many shaking their heads.

Republican front-runner Donald Trump has vowed to continue his abrasive presidential campaign rhetoric, rejecting any responsibility for violence at his rallies and defending supporters accused of attacking protesters.

Palin is kiss of death to Trump’s ambitions

TRUMP&rsquo;S candidacy, it has exposed not just that tragic ramifications of that betrayal of the transformation of our country, but too, he has exposed the complicity on both sides of the aisle that has enabled it, OK?&rdquo;

The oldest son of former Alaska governor Sarah Palin was arrested in a domestic violence case in which his girlfriend was afraid he would shoot himself with an AR-15 assault rifle.

Sarah Palin has come out in favour of Donald Trump - a combination of people that inspires either awe or terror, depending on your politics.

Not only is Donald Trump an unconventional candidate, he&rsquo;s got a campaign operation that turns the conventional wisdom of electoral politics on its head.

Poll has Farage on course for Westminster

Nigel Farage has received a boost on the eve of Ukip’s pre-election conference with a poll suggesting he is on track to become an MP in England.

Phobias and fears can be passed on

Evolution may have planted some common human fears while others are passed on, wittingly and unwittingly, by our parents says&nbsp;Rita de Brun

The daughter of controversial US politician Sarah Palin has been involved in a mass brawl outside a party, according to reports.

10 things politicians definitely wish they had not said ...

To mark the end of the elections, Dave Kenny picks the top 10 political gaffes of all time

90 years of looking for secrets in wrong place

Tina Fey has urged her daughters to become writers, not actresses.

Palin tells US gun owners: Don't give up

Former US vice presidential contender Sarah Palin has told Americans not to give up their guns.

The three major US credit bureaus say hackers who have posted credit reports on celebrities and government officials in recent days did not breach secure databases but relied on personal information they collected elsewhere on the public figures.

US first lady Michelle Obama and vice president Joe Biden are among the latest public figures to have their private information posted on a mysterious website.

Authorities and celebrities were grappling today with how to respond to a website that posted what appears to be private financial information about top US government figures and stars such as Jay-Z and Mel Gibson.

Khloe Kardashian is "not worried" after being sent a suspicious package of white powder.

No rest for the wicked

AMERICAN presidential politics never really takes a break these days, so the circling contenders and their gurus are already focused on 2016.

Obama back on stump after debate debacle

President Barack Obama tried to regain his footing after a disappointing debate performance in which Republican Mitt Romney aggressively challenged the president’s stewardship of the economy.

There is now just a month to go to the US presidential election and what a month it promises to be.

Four years ago, she was the star of the Republican National Convention. Now Sarah Palin is upset after interviews with her were dropped from the television network where she is working.

As the gold-dust settles on one four-year cycle — the London Olympiad — another — the American presidential race — intensifies as its Nov 6 day-of-reckoning approaches.

Ryan’s may be hard Veep choice for Irish to accept

NO matter what drama, farce and pathos the world witnesses in the forthcoming US presidential election, what we know for sure is that the next vice-president will be an Irish-American Catholic.