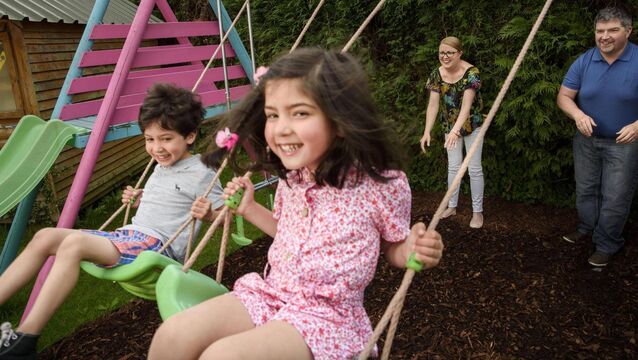 Surrogacy stories: 'Our children are denied equal rights due to the way they were born'

Cork mother speaks out about the legal limbo hundreds of Irish families are in, and the need to change the law on surrogacy 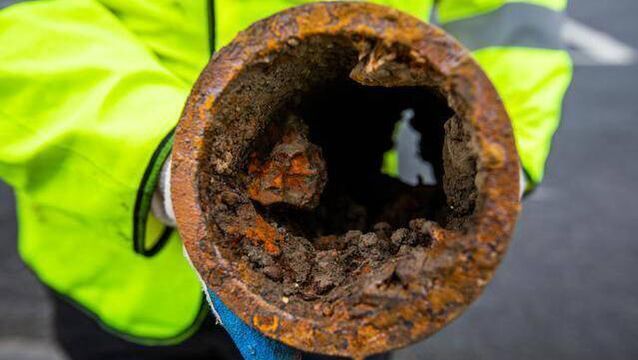 Waterworks to replace ‘problematic’ pipes in Killavullen to start next week

720 metres of water mains will be replaced in the Cork village in an effort to prevent further leaks and outages. 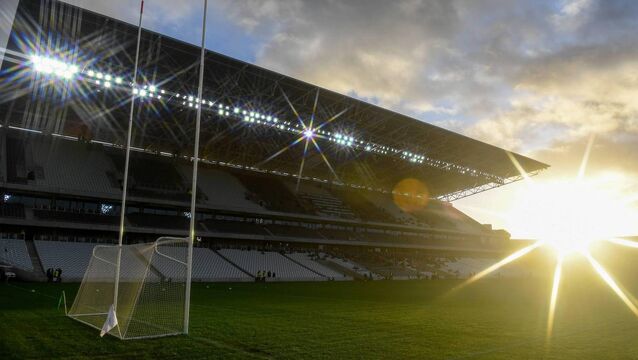 Páirc Uí Chaoimh will play host to just one game during the opening fortnight of Cork county championship action.

Two dozen properties hit the ‘Big Note’ in 2019, more than double the amount of the previous year in Cork, writes Tommy Barker

The mother of a 24-year-old man who was murdered just days before the birth of his first baby has issued an appeal to the killer to hand himself in.

You could argue the Cork SFC first round draws haven’t been too kind to Clyda Rovers in recent times.

Specialist county council outdoor teams have tackled drinking water leaks which accounted for losses of more than 1.5 million gallons daily in areas in Co Cork which would be at risk of poor, or no, supplies in the event of a repeat of drought conditions experienced last summer.

Conor’s son to be named in his honour, funeral told

The priest officiating at the funeral of a man who was fatally stabbed on the street last week has questioned why people carry knives when they result in so much tragedy.

A suspect in the murder of a Galway native in Mallow on Thursday night is thought to have been a friend of the victim for some time.

Garda&iacute; continue to search for a man who left the scene of the murder of Conor Quinn in Mallow, Co Cork, on Thursday night.

Tributes have been paid to a 22-year-old student who lost his battle for life after a swimming accident in the US.

Mobile library on the move to bring joy to Cork communities

Donal O&rsquo;Keeffe&nbsp;tells the story of the mobile library service which brings a sense of community and joy to people of all ages.

Plant your own grand garden designs

Aileen Lee interviews Dominick Cullinane for the inside scoop on being a garden designer and landscape architect.

Concern over lack of Garda superintendent in Mallow

Local politicians have expressed concern over the continued failure to appoint a superintendent to lead one of the largest Garda districts in the country, amid fears it could continue to be put on the long finger.

Fears northern bypass for Mallow could be delayed

Fears have been expressed that a northern bypass of Mallow will be put on the long finger, as was the mothballed motorway link between Cork and Limerick.

Jamie Dornan is on Jonathan Ross on UTV Ireland tonight at 10pm, and also stars in series three of The Fall with Gillian Anderson on RT&Eacute; One tomorrow night at 9.30pm.

While entertaining Irish friends in Dublin recently (over on holiday from the UK) one pointed out to me how far behind we are here, and the cost of living in &lsquo;Southern Ireland&rsquo;.&nbsp;

Voters back Noel McCarthy, not the party in Cork East

An election candidate who metamorphosed from Labour to Independent and to Fine Gael within a matter of weeks is seen as a strong contender for one of the four seats in Cork East.

Flooding leads to calls for freeze on toll motorway fees

A toll bridge off the Cork-Dublin motorway should be suspended in times of crises.

VIDEO: Plan to raise level of Cork-Waterford road above floods

Transport Infrastructure Ireland (TII) has confirmed it will fund proposals to raise the level of a national road in Co Cork which has been closed to flooding for almost a week.

Doireann O&rsquo;Sullivan is first through the dressing room door in Mourneabbey, sister M&eacute;abh but two paces behind.

Plans lodged for more than 30 homes in Cork suburb

Plans for a development of more than 30 new homes in the southside suburbs of Cork have been lodged.

The fourth round of the Valvoline Irish Forest Rally Championship, the Jim Walsh Cork Forest Rally&nbsp;in&nbsp;Mallow, proved to be an&nbsp;epic&nbsp;contest between Cork driver Owen&nbsp;Murphy&nbsp;(Mitsubishi) and his Limerick co-driver Anthony&nbsp;Nestor, who managed to overcome the spirited challenge of Monaghan&rsquo;s Jost Moffett/John Rowan (Mitsubishi) to claim a 7.4 second victory.

A Garda operation in Dublin against serial burglars resulted in a 54% increase in break-ins to homes in Cork City and suburbs.

A new greenway and a woodland recreational area are among a range of ambitious new amenity, cultural, and tourism projects being pursued by a dynamic new lobby group launched in north Cork.

Bill Linnane meets up for an exclusive interview with members of the Hennessy dynasty and finds out why the Irish connection is still strong with the famous brandy producing family.

Grand, Victorian Woodville House is on the Blackwater and has eleven peaceful acres

WITH the daffodils just popping up now among the anemones and snowdrops in its front drive, and under old chestnut trees, Woodville House is a River Blackwater treasure, and an early-season Munster market arrival.

A Christmas floral demonstration by Eileen O&rsquo;Brien will take place on Thursday December 4 at 8pm in Belgooly Community Centre. Entry &euro;10 (including refreshments) and details from Nicola Desmond 086 8515371.

A Government TD has told the Taoiseach and the boss of Irish Water that he will not pay for his house to be metered for a second time &quot;because it makes absolutely no sense&quot;.

Greed was behind a fraud by one of Ireland&rsquo;s biggest cattle exporters which saw diseased cattle delivered to Morocco.

A rural community has united to enter the digital age.

The legacy of Nano Nagle is venerable

Cork County Council has carried out emergency repairs to part of a noted death-trap road, after three cars overturned in the space of 24 hours.

While a rather piqued Mrs Menu has, betimes, decided the best place for The Menu&rsquo;s exquisitely plated edible creations is languishing on the wall just behind his head...

The second of two prime grassland farms on the market this week is up for auction with Michael Barry, of Dick Barry and Sons, Fermoy.

Cork County Council has temporarily lifted an overtime ban on its road repair crews so they can try and tackle the pothole crisis on many of the county’s 12,000kms of roads.

Jansboy and Prince make it another Winters day

Mitchelstown moving on up after big win

Gardaí have launched a probe into the death of a 14-year-old boy who fell from a tractor.

Fine Gael Cork TD Tom Barry admitted he was not looking forward to facing his wife after he caused major controversy by pulling a female TD on to his lap during an early morning Dáil abortion debate.

TD assured he will not be excommunicated for backing abortion laws

A Mass-going North Cork TD has been given assurances by Church leaders that he will not be excommunicated for supporting the abortion legislation.