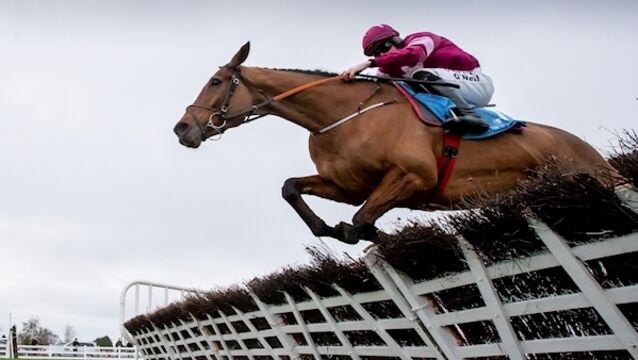 Battleoverdoyen sure to win plenty of wars

You cannot do what this horse has done in such a short time and not be regarded as potentially top class, writes Pat Keane. 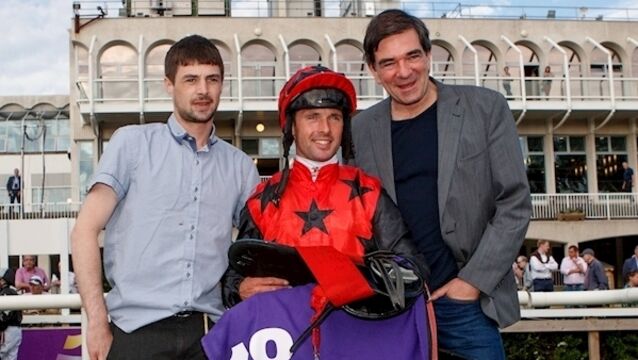 Damien English: ‘I was blessed that I had no gallop so we started using the beach’

If ever a trainer fit the handle of this column, it is Damien English, the Balbriggan native operating out of Grougha Stables in Naul. 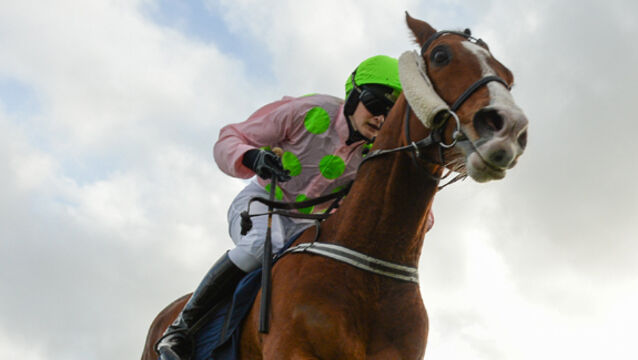 Low Sun sprang a major surprise in the &euro;100,000 RYBO Handicap Hurdle in Fairyhouse yesterday, giving 7lbs claimer Katie O&rsquo;Farrell the biggest win of her career and the first leg of a magnificent double.

Kayf Supreme can send punters out on a high

The Last Samuri can cut down rivals

The Last Samuri can give trainer Kim Bailey a second success in the Aintree Grand National, 26 years after Mr Frisk set a course record with an emphatic display.

Impressive Cheltenham Festival winner Cause Of Causes is one of eight Gordon Elliott representatives declared for Monday&rsquo;s Boylesports Irish Grand National at Fairyhouse.

Kerry Lee will be praying for a rainy Easter as she contemplates running Russe Blanc in the BoyleSports Irish Grand National at Fairyhouse on March 28.

Venitien De Mai and Goonyella provided Jim Dreaper and owners Ann and Alan Potts with a one-two in the &euro;50,000 Woodlands 100 Club Leinster National, the feature race of yesterday&rsquo;s action in Naas.

Without a win since landing the Grade One Scilly Isles Novice Chase at Sandown a year ago, Gitane Du Berlais made all to capture the listed BBA Ireland Ltd Opera Hat Mares Chase in Naas yesterday.

Arkwrisht caused an upset and completed a Clonmel double for his trainer, Willie Mullins, when emphatically reversing previous form with Westend Star in the Grade Three Surehaul Mercedes-Benz Novice Hurdle.

Hard-earned double for Jack Kennedy at Down Royal

Teenage sensation Jack Kennedy, who has not yet turned seventeen, registered his first wins as a 3lb. claimer when completing a hard-earned double on Steamboat Bill and Finea in Down Royal yesterday.

Smoking Big Cigars earns the nap selection to land the Meath Handicap Hurdle on this afternoon&rsquo;s card at Navan. The Sandra Hughes-trained gelding made his seasonal debut at Fairyhouse in November, and was sent off favourite to land a competitive handicap hurdle.

Minstrels Gallery could finish only fifth at Lingfield on his reappearance but better is expected in the Download TitanBet Sports App Handicap Hurdle back at the Surrey track today.

Today's Tips: Fr Humphrey looks set for a quick follow up at Thurles

The Guinness Galway Hurdle is the feature on day four of the Galway Festival and favourite Quick Jack should take a world of beating.

It was Ladies Day at sunny Fairyhouse yesterday as 20/1 shot Thunder And Roses captured the Boylesports Irish Grand National for Katie Walsh and Sandra Hughes.

Tony McCoy will ride Cantlow for his boss JP McManus in the BoyleSports Irish Grand National at Fairyhouse on Monday.

Willie Mullins has raised the possibility of running two of his stable stars in the Doom Bar Aintree Hurdle on Thursday week.

Riverside City swooped late to foil top-weight Man From Van in the featured Toals Bookmakers Ulster Grad National in Downpatrick yesterday, providing the highlight of a double for Gordon Elliott and Davy Condon.

Grand Jesture and Gallant Oscar, second and third respectively behind The Druids Nephew at Cheltenham last week, have been installed as 10-1 joint-favourites with the sponsors for the &euro;275,000 BoyleSports Irish Grand National after the weights were announced for the Fairyhouse feature on April 6.

Debutant Sizinguptheamazon proved the star of yesterday&rsquo;s action in Clonmel, turning over odds-on favourite Augustin in the bumper, the Ardfinnan Flat Race.

Zarkandar will head straight to the Ladbrokes World Hurdle at the Cheltenham Festival with an upbeat report from trainer Paul Nicholls.

Venitien de Mai, a long way removed from being the fastest horse in training, is fancied to grind it out and land the INH Stallion Owners&rsquo; EBF Maiden Hurdle at Thurles this afternoon.

Jim Dreaper&rsquo;s Venitien de Mai gets the nap to beat Willie Mullins&rsquo; Roi Des Francs in the thurles.ie Maiden Hurdle at the Tipperary track this afternoon.

No More Heroes raced into the Cheltenham Festival picture as he saw off Shaneshill to land the Navan Novice Hurdle for Gordon Elliott and Barry Geraghty yesterday.

Davy Condon is nearing a return to competitive action after riding out on Wednesday morning for the first time since suffering a heavy fall at Cork in August.

Back at the scene of an effortless bumper success at the Festival, the classy Windsor Park proved the star of yesterday&rsquo;s action in Galway, coasting to a smooth success over Marchese Marconi in the www.swordsecurity.com Amateur Race.

Take a chance on Tom Horn

Small fields and very moderate horses is the less than exciting fare on offer at Sligo this afternoon.

Jonathan Burke has been appointed first jockey to one of the biggest owners of National Hunt horses in this country, Alan and Ann Potts, replacing Andrew Lynch.

Shield rounded off a terrific week for Aidan O&rsquo;Brien, JP McManus and Mark Walsh when cruising to victory in the Dawn Omega Milk Novice Hurdle, as an attendance in excess of 7,000 topped off a very successful festival.

‘Cap’ follows up in style

Gordon Elliott, who reached a milestone of a hundred winners at Perth on Sunday, struck again in Roscommon last night when Takeyourcapoff captured the featured Athlone Handicap Hurdle under a confident ride by Paul Carberry.

Dessie Hughes&rsquo; Knockanarrigan can complete a hat-trick in the 18-runner Castlerea Handicap Hurdle at Roscommon tonight.

Goonyella can give Dreaper fifth National

Goonyella gets the vote to give Jim Dreaper a fifth success in the Boylesports Irish Grand National at Fairyhouse today.

Cantlow on track for Irish National

Paul Webber is ready to let Cantlow carry what could be top-weight in the Boylesports Irish Grand National at Fairyhouse on Monday.

The weights for Easter Monday’s Boylesports Irish Grand National are set to rise by 3lb after Fairyhouse manager Peter Roe confirmed yesterday that the Paul Webber-trainedCantlow was a definite traveller.

Answered could provide the solution to a cracking renewal of the Group 3 P W McGrath Memorial Stakes at Navan this afternoon.

The prestigious three mile and five furlong Boylesports Irish Grand National at Fairyhouse is one of the few major prizes to elude champion trainer Willie Mullins and he unsurprisingly has a plethora of entries this year, including Prince De Beauchene, Vesper Bell, Touch The Eden and Away We Go.

Flawless Aupcharlie gets back on track at Clonmel

Henry de Bromhead’s Aupcharlie got back on track at Clonmel yesterday when landing the Suir Valley Chase.

Tyner and Enrightcombine for spectacular 404-1 treble

Robert Tyner and Philip Enright combined for a spectacular 404-1 treble at Clonmel yesterday, the first time the pair have enjoyed three winners on the one-day.