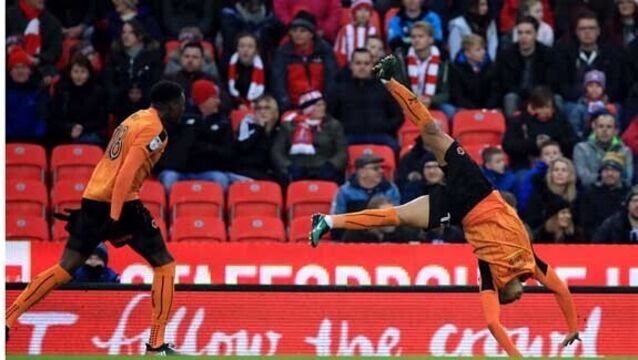 Stoke suffer shock defeat to Wolves in the Cup

Wolves won an FA Cup tie for the first time in six years to stun Stoke 2-0 at the bet365 Stadium. 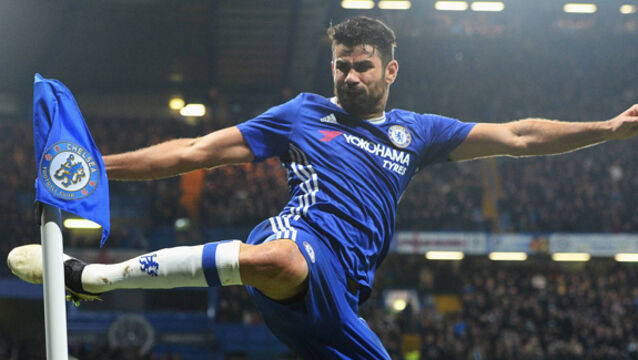 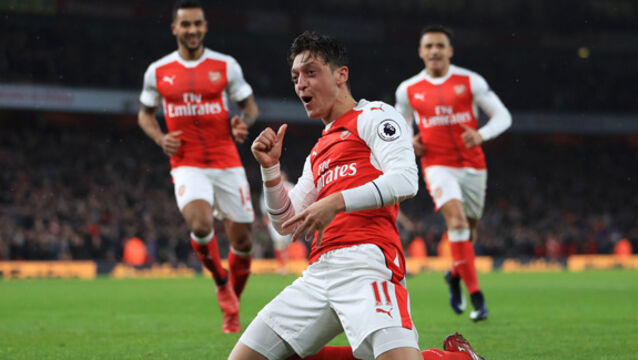 How to build the ultimate fantasy football team

Liverpool 4 Stoke 1:&nbsp;Liverpool manager Jurgen Klopp believes Divock Origi has all the attributes to succeed after the young striker came off the bench to score twice in Liverpool&rsquo;s 4-1 victory over Stoke at Anfield.

Thibaut Courtois says Chelsea will battle to the end

Chelsea 1 Stoke 1:&nbsp;Ten points adrift of the top four despite a 12-match unbeaten run in the Premier League under Guus Hiddink, Chelsea are beginning to realise just how much damage was done to their season before Jose Mourinho was sacked - and know only victory over PSG on Wednesday can really rescue it in any meaningful way.

The shifting sands of the Premier League moved yet again on Transfer Deadline Day as the big six opted to &lsquo;stick&rsquo; while those below them continued to spend and flex their new-found muscles.

Liverpool 0 Stoke City 1 (1-1 on aggregate, Liverpool win 6-5 on penalties):&nbsp;Midfielder Joe Allen was the penalty shoot-out hero as his spot-kick sent Liverpool to Wembley after a tense Capital One Cup semi-final second leg at Anfield.

Stoke 0 Arsenal 0:&nbsp;Arsene Wenger claimed Stoke fans would &ldquo;not be proud&rdquo; of themselves after targeting Aaron Ramsey with unsavoury chants about his broken leg during Arsenal&rsquo;s goalless draw at Stoke.

Stoke boss Mark Hughes has dismissed talk of Bojan Krkic having a buyout clause in his contract and stressed the playmaker is not about to leave the club.

Xherdan Shaqiri delivered one of the goals of the season and Romelu Lukaku continued his remarkable scoring record at Goodison Park but ultimately a controversial penalty in injury time was the deciding factor as Stoke finally triumphed in a seven-goal epic.

Louis van Gaal on the verge

Stoke 2 Man United 0:&nbsp;LOUIS VAN GAAL had better brace himself &mdash; and his family &mdash; for a torrent of further speculation about his Manchester United future after a fourth successive defeat in all competitions pushed him to the edge of the precipice.

Stoke's star turn has got his strength back

Stoke City 3 QPR 1: Stoke midfielder Stephen Ireland has vowed to do all he can for the rest of the season to fill the void left by Bojan Krkic&rsquo;s injury.

Diego Costa took his top-flight tally for the season to 17 as Chelsea extended their Barclays Premier League lead to five points with a crushing 5-0 win over Swansea at the Liberty Stadium.

All the team news from around the grounds ahead of Week 22 in the Premier League.

Messi hits out at transfer lies

Lionel Messi insists he is staying at Barcelona and has hit out at “lies” linking him with a move to the Barclays Premier League.

Arsenal 3 Stoke 0: What a difference a ground makes.

Bojan shows his steely side

Everton 0 Stoke 1 Stoke City forward Bojan Krkic emphasised why he is a man for all seasons at Goodison Park.

City without strikers again; Di Maria out for United

Hughes tips Bojan to follow in footsteps of Fabregas

Warnock has faith in Palace

Neil Warnock has criticised Stoke for “time-wasting from the start” in today’s 1-1 draw with Crystal Palace in a withering jibe at old foe Mark Hughes.

Stoke held on to beat Arsenal 3-2 after a dramatic afternoon at the Britannia Stadium.

Pragmatism rules as Reds rough it

After the international break Premier League football is back this weekend with some mouth-watering ties.

All the team news from around the grounds ahead of Week 10 in the Premier League - more to follow as it comes in.

All the team news from around the grounds ahead of Week 3 in the Premier League - more to follow as it comes in.

Weimann strike makes all the difference

Andreas Weimann’s second-half strike proved the difference as Aston Villa won 1-0 at Stoke on the opening day of the Barclays Premier League season.

All the team news for the 3pm kick-offs

10 teams are starting their Premier League campaigns this afternoon.

The Allure of the Seas is the world’s largest ocean liner. Among its 2,284 crew are Corkonians Derek McKnight and Aisling McCarthy.