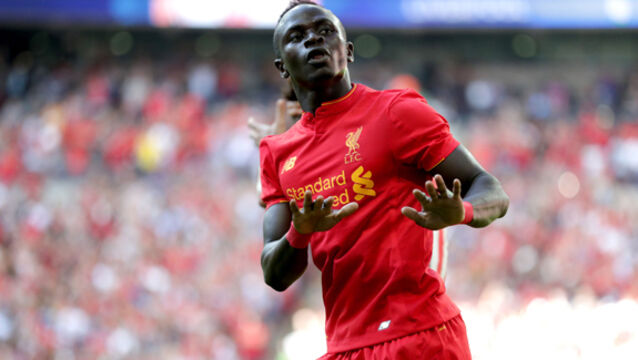 Liverpool forward Sadio Mane was a double winner at the club's end of season awards ceremony. 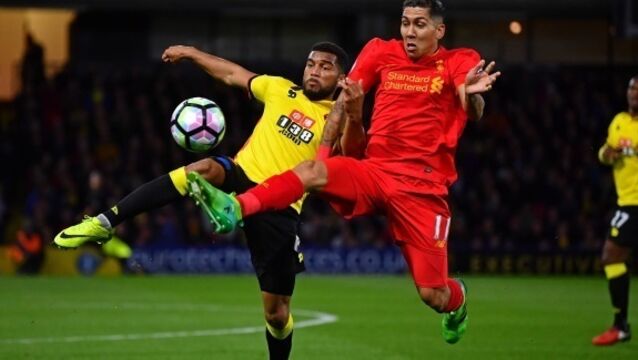 A moment of magic from Emre Can illuminated an otherwise poor quality game and fired Liverpool a huge stride closer to securing Champions League football next season. Liverpool 2 Bournemouth 2:&nbsp;Divock Origi provided the proof that Liverpool can prosper in attack without Sadio Mane. The problem for manager Jurgen Klopp is that his team remain so vulnerable defensively.

TERRACE TALK: CLUB - Liverpool - Always so sweet to get one over toxic Everton

I am not a clown, says Klopp, as he gears up for Gunners

Nostalgia ain’t what it used to be for Jurgen Klopp

Liverpool fans yearn for the success enjoyed by the club in the 1980s, writes Brendan O&rsquo;Brien.

Days after Claudio Ranieri's sacked and the Vardy party returns

Jamie Vardy's double inspired Leicester to victory over Liverpool as the champions sparked in to life following Claudio Ranieri's sacking.

Plymouth 0 Liverpool 1: Liverpool booked their place in the fourth round of the FA Cup last night as Lucas Leiva proved the unlikeliest of goalscoring heroes in a 1-0 win at Plymouth.

Midfielder Lucas Leiva admits Liverpool&rsquo;s title challenge could keep him at the club until the end of the season but he is now seriously considering his long-term future.

Lunchtime briefing: Hospitals have 506 on trolleys as Minister meets HSE. Catch up on the headlines

Liverpool's much-anticipated return to a new-look Anfield did not disappoint with a 4-1 win over Premier League champions Leicester.

Twitter quick to forgive Lucas after his mistake for Leicester's goal

Thankfully, for Liverpool it didn't make too much difference to the result.

Liverpool 3 Manchester City 0:&nbsp;John Lennon&rsquo;s &lsquo;Instant Karma&rsquo; was played before kick-off and Liverpool delivered it with a perfect response to their Capital One Cup final defeat at the weekend.

Liverpool 1 Manchester City 1 (Man City win 3-1 on pens AET):&nbsp;Manuel Pellegrini&rsquo;s farewell from Manchester City will be accompanied by at least one piece of silverware after the manager was rewarded for his act of loyalty in standing by keeper Willy Caballero.

TERRACE TALK: Liverpool - This is one bitter pill to swallow

Liverpool manager Jurgen Klopp believes the signing of Joel Matip on a free transfer has saved the club millions in their search for a commanding centre-back.

West Ham 2 Liverpool 1 (AET):&nbsp;Angelo Ogbonna booked West Ham&rsquo;s place in the FA Cup fifth round with a dramatic extra-time winner, his first goal for the club, to finally sink Liverpool at Upton Park.

Liverpool 0 Stoke City 1 (1-1 on aggregate, Liverpool win 6-5 on penalties):&nbsp;Midfielder Joe Allen was the penalty shoot-out hero as his spot-kick sent Liverpool to Wembley after a tense Capital One Cup semi-final second leg at Anfield.

Wayne Rooney was the match-winner with the visitors’ only shot on target.

Arsene Wenger has told Jurgen Klopp he must adapt to the traditions of English football after the Liverpool boss spoke out about his team&rsquo;s fixture pile-up.

Liverpool boss Jurgen Klopp has praised Lucas Leiva after recent performances mean the holding midfielder is one of the first names on the Reds&rsquo; team sheet.

The words hung uncomfortably in the west London air during an eerie Halloween moment at Stamford Bridge; and even the big boys in the Matthew Harding Stand twitched a little awkwardly at the poignancy of it: &ldquo;You&rsquo;re not special any more&rdquo;.

Liverpool defender Joe Gomez has been ruled out for the rest of the season with a knee injury.

Jurgen Klopp yesterday held his first training session as Liverpool manager with a reduced squad but there was some early good news for the German.

Liverpool striker Christian Benteke is one of a number of big names rested by Brendan Rodgers for tonight&rsquo;s Europa League opener in Bordeaux.

"I think the key is the partnership he forms with (Christian) Benteke."

Liverpool have been boosted by the return to training of striker Daniel Sturridge but it may still be too soon for him to feature in tomorrow&rsquo;s trip to Manchester United.

James Milner was grateful to &ldquo;a moment of brilliance&rdquo; from Philippe Coutinho after Liverpool got their Premier League campaign off to a winning start with a 1-0 win at Stoke on Sunday.

Emre Can going all out to nail down Liverpool midfield role

Emre Can, Liverpool&rsquo;s utility man last season, is determined to nail down a place in midfield for the coming campaign.

Departing Liverpool captain Steven Gerrard’s final appearance at Anfield ended in disappointment as his side could not give him the send-off the occasion demanded.

Mary Lou McDonald is standing over her decision to name alleged tax evaders in the D&aacute;il, Garda&iacute; have launched a probe into a fire in the Kerry mountains, anti-water charge TD&rsquo;s have said the Government is bluffing over the Irish Water bill threats and could Sue Perkins be the next Top Gear host?&nbsp;These are some of the latest and most read news on irishexaminer.com this evening.

Blackburn 0 Liverpool 1: There cannot be many 22-year-old Brazilians who enjoy nights out in Lancashire as much as Philippe Coutinho.

Liverpool&rsquo;s top-four ambitions have received a boost with the return to training of midfielder Lucas Leiva.

Depleted Liverpool ‘can get the job done’

Liverpool manager Brendan Rodgers may have left eight players at home but he remains confident what remains of his squad can get the job done against Besiktas.

Arsenal v Leicester: Tonight: Liverpool manager Brendan Rodgers has warned Raheem Sterling&rsquo;s agents the club will not be held to ransom over his new contract.

Even the occasion of his final Premier League Merseyside derby could not inspire Liverpool captain Steven Gerrard to more heroics as the 224th meeting of the clubs disappointingly finished goalless.

Liverpool teenager Jordon Ibe was handed only his second Barclays Premier League start in the 224th Merseyside derby as one of three changes at Goodison Park.

Liverpool avoided an FA Cup upset at home to Bolton but even on a day of shocks it was not much of an achievement after a toothless display against Championship opponents Bolton.

Philippe Coutinho back in the zone for Liverpool

Liverpool manager Brendan Rodgers insists he does not want to lose any more senior players in the summer and remains hopeful out-of-contract defender Glen Johnson will sign a new deal.