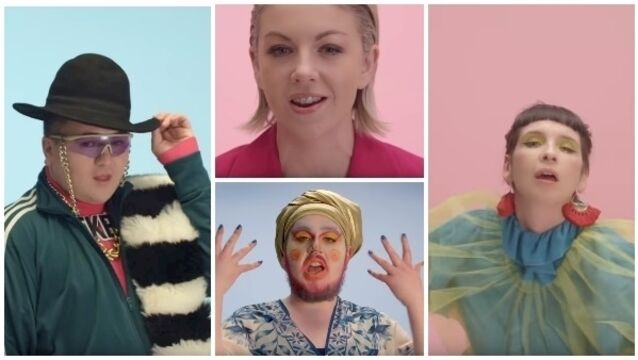 RTÉ has announced that Lesley Roy and her song Story of My Life will represent Ireland in Rotterdam this May. 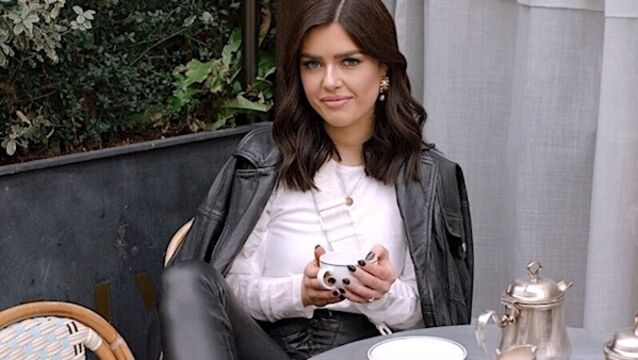 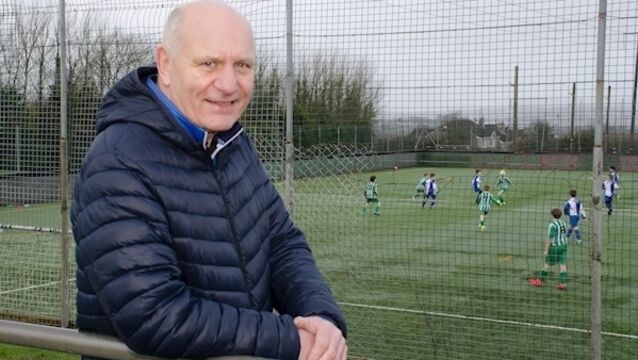 “The Ryan Line is open”

'He minded me': Lavinia Kerwick pays tribute as Gerry Ryan is heard again on 2FM

Rape survivor Lavinia Kerwick is one of the people to pay tribute to Ryan as the show went out on air.

On this day: Riverdance first took to the stage 25 years ago

At 1.93m tall, and with shoulders that could carry a nation, it&rsquo;s not that difficult to imagine Republic of Ireland defender Shane Duffy as a nightclub bouncer keeping Manchester United out of his penalty area in the FA Cup at Old Trafford tomorrow; and it&rsquo;s an image he is perfectly happy to embrace.

Lottie Ryan has spoken about her wedding day, saying her father was greatly missed on the day.

A question of taste: George Patterson - frontman for The Roaring Forties

George Patterson fronts The Roaring Forties, a band formed in 2003 for the Guinness Cork Jazz Festival.&nbsp;

One third of the 98 bee species in Ireland are threatened with extinction while three-quarters of the country&rsquo;s wild plants require insect pollinators.

John Creedon - floating on the airwaves for 30 years

John Creedon heads down the Shannon in his latest summer travel show for RTE. The leisurely cruise allowed him to reminisce on his long career on radio and TV. He talks to Ailin Quinlan about three decades at RTE.

Bees need wildflowers on farms, the Teagasc National Crops and Cultivation Open Day in Oak Park, Carlow, has been told.

Lottie Ryan walks down the aisle in Italy

Lottie is the eldest of the five children and had her two sisters, Bonnie and Babette acting as her bridesmaids.

Dolphin 22 Old Wesley 10: Relief for Dolphin who jumped from the bottom spot in Division 1B of the Ulster Bank League and have now given themselves a fighting chance of avoiding the dreaded drop.

Opening presidential vote to diaspora is an exercise in comic gigantism

By engorging the presidency... it disturbs a delicate equilibrium in which the president is primarily a bulwark for restraint in the face of potential irresponsibility, writes Gerard Howlin.

Leinster House was a hive of activity amid bee protest

Beekeepers donned their suits at the gates of Leinster House to protest against new legislation they say threatens the country&rsquo;s bee population.

This much I know: Mary Wilson, broadcaster

Hilary Fennell sits down this week with RT&Eacute; Radio 1 &rsquo;Drivetime&rsquo; broadcaster, Mary Wilson, to chat about the wisdom she&rsquo;s gained through her career.

€25k after slip on pigeon poo

A 25-year-old bar assistant who slipped on pigeon faeces at the open-air restaurant in which she worked at Dublin&rsquo;s Heuston Rail Station has been awarded almost &euro;25,000 damages against CI&Eacute;.

David Corkery: ‘It’s like a morgue in the dressing-room’

Dolphin 19 Ballynahinch 35: Dolphin coach David Corkery was far from impressed after watching his charges capitulate to a strong Ballynahinch at Musgrave Park on Saturday.

The raucous roar of Thomond Park which has serenaded rugby warrior Anthony Foley over the years was silenced yesterday.

Four familiar voices from the airwaves have landed on the PPI Radio Awards hall of fame.

LISTEN: These are the songs that defined the summers of our past

Nothing is as sweet as that song that captures&nbsp;the season forever, writes Olivia Kelleher

Lottie Ryan talks about love, work and learning how to run

Clodagh Finn meets the force of nature that is Lottie Ryan. She is&nbsp;preparing for the Breast Cancer Ireland&rsquo;s Great Pink Run in August.

Almost 12,000 hectares of Irish bogland once harvested by Bord na M&oacute;na have been rehabilitated into eco-friendly resources, the company said.

UCC 13 Nenagh Ormond 0: A spectacular late try sealed victory for University College Cork and clinched a place in the play-off stages for promotion to Division 1B of the Ulster Bank League.

RT&Eacute;&rsquo;s top 10 highest-paid presenters earned a combined pay of more than &euro;2.6m in 2014, the broadcaster has revealed.

The sound of a new generation: How 2FM became a youth station again

Just 18 months ago 2FM&rsquo;s listenership was in decline and it was in the midst of an identity crisis. Station head Dan Healy insisted he had a plan that would work - and true to his word, the figures are up. John Meagher finds out how.

Holding a mirror to the world

From Kavanagh country to a TV career, comedian Oliver Callan has found satire to be anything but stoney ground, writes Richard Fitzpatrick.

RTÉ has refused to say who will fill the slot left vacant on 2FM after Ryan Tubridy rejoins Radio 1 to present a new morning programme.

This much I know: Lottie Ryan, radio presenter

Performing has been in my blood from the get-go. It has manifested in many different ways, from singing, to dancing and acting.

Mary Lou McDonald hits out at her own committee

Sinn F&eacute;in deputy leader Mary Lou McDonald has criticised a committee she is a member of for failing to probe further claims by a whistleblower about former politicians allegedly evading tax.

‘Quiet corner of heaven got livelier’

Just a day after she should have been celebrating her 19th birthday, Dublin teenager Ana Hick, who died after taking esctasy, was laid to rest following a packed funeral Mass.

Is this the time for the Seagulls to land again?

The Public Accounts Committee has been told it cannot hold a private meeting with a whistleblower behind allegations of tax evasion.

New laws to protect whistleblowers are not clear enough on how they can present information or appear before TDs and Senators at committees.

The Public Accounts Committee is to ask the Attorney General whether a whistleblower should be allowed to attend for a public hearing.

PAC to quiz Revenue on Ansbacher

The Office of the Revenue Commissioner will be brought before the Public Accounts Committee within weeks to discuss whether it was allowed to properly examine the Ansbacher scandal.

The whistleblower civil servant who alleges former senior politicians were engaged in tax evasion will not be allowed give evidence before the Public Accounts Committee, TDs have been told.

The deputy leader of Sinn Féin has claimed "household names" in the Progressive Democrats are among figures named in a dossier alleging tax evasion in politics.

Dept sends whistleblower statement to Gardaí two years after getting it

The Department of Jobs says a witness statement from the tax evasion whistleblower has now been sent to Gardaí.

Dept: Minister did not ignore whistleblower statement on tax evasion

The Department of Jobs has insisted that Minister Richard Bruton has not ignored allegations of tax evasion raised by a civil servant.

This much I know: Jim Lockhart

At heart I&rsquo;m still an old hippy. I veer between cynicism and idealism.

A plaque in memory of Gerry Ryan was unveiled today at the RTÉ radio centre.