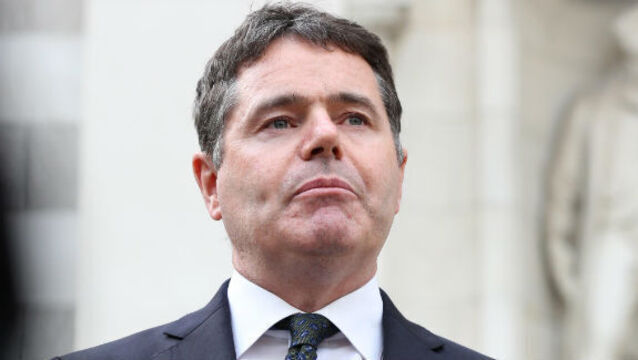 Finance Minister Paschal Donohoe has signalled caution over the inclusion of 100% State-backed loans in the SME credit guarantee scheme element of the Government’s pending multi-billion stimulus package for the economy. 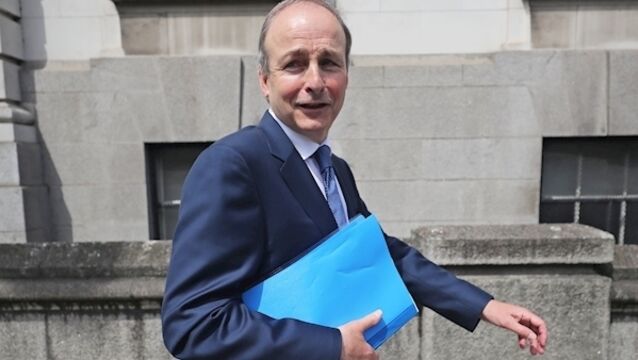 Daniel McConnell: Micheál Martin, tolerated but not loved, on course to become Taoiseach

Micheál Martin, the eighth leader of Fianna Fáil, is finally on course to be elected Taoiseach. 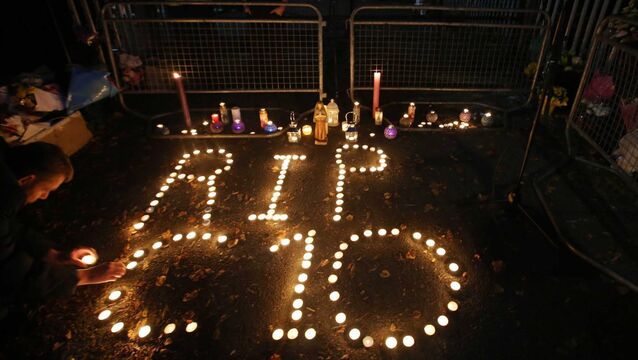 In Ireland, racism is endemic and institutionalised going back centuries.

Bank of Ireland aiming to seek repayments to loans from September

The late Noel Walsh has been described as "the most progressive man to ever hold senior office in the GAA”.

Shane Griffin produced a moment of genius in the fourth minute of second half injury time to give Waterford FC a deserved second win of the season in the SSE Airtricity Premier Division against Derry City at the RSC.

Derry City 2 Bohemians 0Derry City debutant, Stephen Mallon, brought the Brandywell to life with in his first start of the season.

Bank of Ireland chief executive Francesca McDonagh has signalled her confidence that Irish banking won’t face a raft of new regulations under the next government, potentially including loan sales, cash-back mortgages, and the industry’s elevated interest rates.

Bank of Ireland says it has no plans to engage in a price war with AIB.

Finn Harps were devastated after conceding a 94th-minute equaliser at the Brandywell, but Ollie Horgan’s men also issued a statement of intent following what was a professional performance.

Call for Clare to follow Cork's lead with commemorative jersey

Former chairman of Clare GAA Michael McDonagh is spearheading a campaign for the county board to follow the Cork GAA lead by issuing a commemorative jersey marking one of the most high profile victims of the War of Independence in the Banner County.

Oscar-winning director, Martin McDonagh, is set to make a return to the big screen with a new film about a friendship gone sour in Ireland.

Champions Dundalk opened their season with a victory for the first time in three seasons as Dane Massey popped up with a 79th-minute winner to break Derry City hearts at Oriel Park.

Gardaí in Ennis are investigating the discovery of a woman’s body in the town early today.

A 48-year-old man "viciously" kicked and punched his father to death following a drunken argument on the deceased's 74th birthday, a barrister has told a murder trial at the Central Criminal Court.

Gleeson was in devastating form prior to his enforced departure.

Following on from the success of Martin McDonagh's The Cripple of Inishmaan earlier this year, the Gaitey Theatre will present McDonagh's The Lieuenant of Inishmore from January onwards.

Baby Gary McDonagh passed away in August last year and is buried at Taylor's Cross in Fedamore.

Man whose horse was destroyed by council entitled to €2k damages, court rules

A man whose horse was destroyed by a county council over unpaid impounding fees has been awarded €2,000 by the High Court.

St Thomas have won all three county finals they have played in — having only made it to their first decider in 2012 — and they will go into a repeat of last year’s Galway SHC showdown against Liam Mellows as favourites in two weeks’time to retain the title for the first time.

It’s All-Ireland camogie finals weekend and despite some critical commentary on the game (or the rules) over the past year, there is a good buzz about Sunday, generated from an exciting championship with plenty of positive talking points.

Cork GAA has slated attractive senior hurling championship quarter-final double-headers for the weekends of September 14-15 and 21-22.

The report shows six in 10 employees are paying for their own courses, even though more than half of their bosses say it's an employers' responsibility.

Martin Coppinger beat Thomas Mackle in the Joe O’Sullivan Cup final at Castletownbere on Sunday hot on the heels of his Friday win over Killian Kingston in the Mick Barry Cup at Ballincurrig.

Róisín Leonard came up with the winning free for Galway as they booked their place in the TG4 All-Ireland Championship senior final for the first time since 2005 with victory over Mayo at Croke Park.

McDonagh’s magic guides Galway to three in a row

A minute into stoppage time at Croke Park, the three in a row long since secured, Galway found themselves pinned down deep in their defence.

In the end, history was achieved with the minimum of fuss by Galway who cruised to a three-in-a-row of Electric Ireland All-Ireland minor hurling titles at Croke Park.

Second half goals from Aaron McEneff and Aaron Greene put a hard working Derry City to the sword at the Brandywell as Rovers consolidated second spot in the Premier Division table.

Buckley replaces Leahy for Cats as Tipp go with same 15

As anticipated, Kilkenny have drafted in Cillian Buckley for Richie Leahy for tomorrow’s All-Ireland SHC final.

Martin Coppinger got his bid to reach the Hurley’s of Midleton King of the Roads back on track with an impressive win over Gary Daly in the Mick Barry Cup at Ballincurrig on Sunday.

Our reporters look at all the talking points from the weekend's GAA action.

Tracey Leonard scored 1-5 as Galway negotiated the dreadful conditions and a stiff challenge from Waterford to advance to the TG4 All-Ireland Senior Championship semi-final where they’ll face rivals Mayo.

The Dubliner who managed Mayo players Lee Keegan and Fionn McDonagh to All-Ireland club glory believes Mayo can halt the drive for five on Saturday.

Gary Daly in pole position for King of the Roads place

Gary Daly gained a maximum 18 points in the first day of the Mick Barry Cup at Ballincurrig to lead the race for the last spot in the 2019 Hurley’s of Midleton King of the Roads.

The shares of the two main Irish bank shares had one of their worst days since the financial crisis as lacklustre earnings and the looming Brexit threat hit hard.

This week, an inquest heard that Galwaywoman Teresa McDonagh’s brutal death could have been avoided, had warnings about how dangerous her son’s three Presa Canario dogs were been taken seriously. Mrs McDonagh, aged 64, died of “massive” injuries, after she was attacked at her son’s home in June, 2017. The killer dogs had free rein in father-of-four Martin McDonagh’s property and were described by the local postman as the most vicious dogs he had seen in 25 years.

Death of Galway woman in savage dog attack could have been avoided, inquest hears

THE death of a Co Galway woman in a savage dog attack outside her son’s home could have been avoided if earlier warnings about the animals’ behaviour had been listened to, an inquest has heard.

A 28-year-old man has appeared in court charged in connection with an incident at a graveyard in Louth on Sunday.

Leading by a point with 54 minutes played, underdogs Meath had hauled themselves into a winning position against a county they hadn't lost to since 1951.

Unlike 12 months ago, Kerry got their Super 8 campaign off to a roaring start with this annihilation of Mayo.

Victory for Galway in the quarter-final group stage, their opening game of the Championship, looked all but certain when they led by a whopping 12 points close to half-time.

Galway came from behind at O’Moore Park in Portlaoise to secure a hard-earned victory over Kerry in Group Three of the TG4 All-Ireland SFC.

Brennan’s Laois had a taste of glory and wanted more

In early June, I hopped into my car in Tullycrine in west Clare, made the short journey south west to Killimer before boarding the 1pm Shannon Ferry to Tarbert. Kerry were playing Laois in Tralee so going to Austin Stack Park is as handy for me as a trip to the Gaelic Grounds in Limerick.