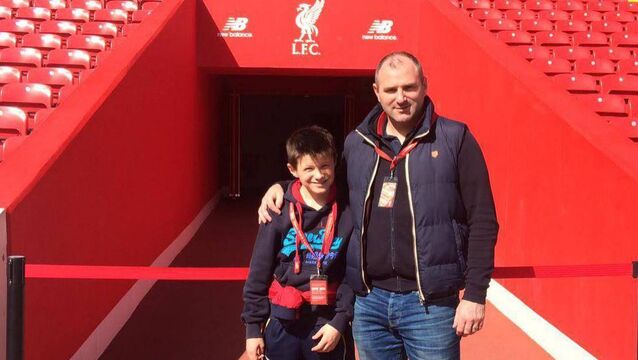 The Mrs Merton Show spanned over 30 episodes across four years on the BBC in the mid-1990s but it peaked in episode one when Caroline Aherne, playing the role of the eponymous mock chat show host, asked a question of Debbie McGee that would be voted one of the best one-liners in British television history. 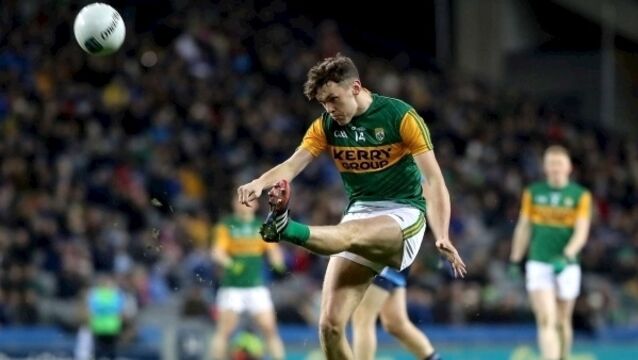 As he stood over his late free kick in Croke Park on Saturday, David Clifford trusted the rituals, routine, and mindset which have always governed his freetaking process, writes Christy O'Connor. 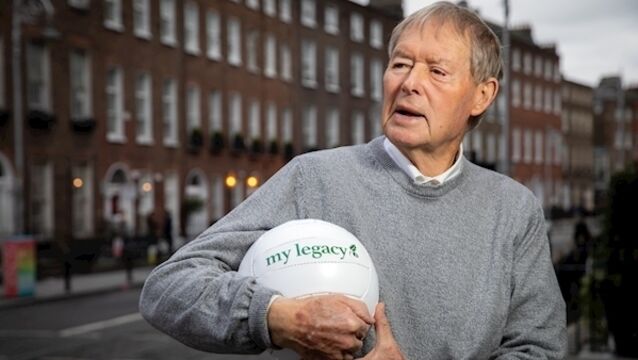 The legendary GAA commentator won’t let age slow him down.

He&rsquo;s on the sideline now. There was a time not so long ago when Dara &Oacute; Cinn&eacute;ide was the tip of the spear as An Ghaeltacht collected Kerry senior titles and made it to the big show on St Patrick&rsquo;s Day, but now the prolific forward is part of the club&rsquo;s management team.

A final farewell to Seó Spóirt

The last edition of Se&oacute; Sp&oacute;irt on TG4 goes out this evening, much to the general dismay of the sport-loving public. The cancellation after 11 years is still raw for the show&rsquo;s team. They spoke to Michael Moynihan.

OBITUARY: Vince Linnane, Kerry GAA kitman - ‘There are people like that in every county in Ireland, but he was ours’

Michael Moynihan remembers Vince Linnane - the Kerry kitman who was so much more.&nbsp;

Dara Ó Cinnéide: We should have started a fight in ‘05

Dara &Oacute; Cinn&eacute;ide regrets Kerry did not start a fight after Colm Cooper suffered an eye injury in the 2005 All-Ireland final defeat to Tyrone.

The Irish&nbsp;Examiner's sports editor, Tony Leen, convenes a roundtable on what to expect from this year's senior football championship.

Staff at a home and garden store in Co Cork yesterday recalled how the premises shook in the aftermath of an explosion that hospitalised two people at the caf&eacute; next door.

Tommy Griffin: ‘They’re 18-19, you’ve to keep them interested — and keep them employed too’

Waterford football boss Tom McGlinchey says there&rsquo;s merit in Dara &Oacute; Cinn&eacute;ide&rsquo;s proposal for a two-tier inter-county football championship but warns the structure and marketing of such a competition would be crucial.

What does fatherhood mean to the men of today?

As Father&rsquo;s Day approaches, Sharon Ní Chonchúir talks to some well-known dads about the role they play in their children&rsquo;s lives.

Ó Cinnéide: Others must now step up

Dara Ó Cinnéide says the gauntlet has been thrown down to the Kerry attack to prove their worth in the absence of injured captain Colm Cooper.

Austerity has reduced the safety net for the poor, elderly, and even those at work, according to a report from the Council of Europe that poses serious questions about Ireland’s social welfare system, health services and its care of the elderly.

Graham Canty does not really enjoy giving interviews, so much so that he recently gave one about why he’s not such a fan of them.

It’s a growing list of the irritated that Kieran McGeeney added himself to this past weekend.

My first memory of Comórtas Peile na Gaeltachta is from 1984, when An Rinn was full of talk about Willie Joe Padden.

Ó Cinnéide on the ball

I really enjoy reading Dara Ó Cinnéide’s column with the breakfast of a Saturday morning.

It is in Dingle where the loss is being hardest felt.

’Haven ready to seize the day

Three Munster Club SFC titles in eight years is a feat Castlehaven can be very proud of — yet for one of the country’s most storied GAA clubs, 15 years since their last win is just too long.

The Mayo mantra: Bring it on

Under the stanchions of the stadium, far away from the glare of the cameras, Martin Carney stood toe-to-toe with Paídí Ó Sé in the Kerry dressing room.

Former Cork footballer Diarmuid Duggan, the player out of pocket by almost €7,000 due to medical costs, warned young GAA stars about the potential burnout problems they face by playing for too many teams whileeligible for the minor and U21 ranks.

FISHERMEN have criticised as “perverse” plans to reduce the amount of some fish they can catch next year, under European Commission proposals that would shut the cod fisheries in the Irish Sea.

ONE All-Ireland winning captain believes the privacy of the GAA dressing room is sacrosanct.

FORMER Kerry captain Dara Ó Cinnéide is disappointed with Tomás Ó Sé’s latest act of indiscipline and insists everything must go right if the Kingdom are to finish as All-Ireland champions.

Any search for the vital ingredients to make a successful club starts with tomorrow’s Munster Club SFC finalists. Tony Leen examines Dr Crokes’ recipe for success as they prepare to meet the ace of clubs

Spectre of Tyrone still hangs over the Kingdom

IF YOU want proof of how Tyrone have disturbed the Kerry psyche, consider the last words Dara Ó Cinnéide said to me earlier this year.

How the West was won

The Munster rugby phenomenon has stretched to every corner of the province &ndash; and beyond. Diarmuid O’Flynn visited the Corca Dhuibhne club, west of Dingle, and found them in celebratory mood.

So, the Dubs have departed the football championship. Now, who will fans in the other thirty-one counties vent their anger on? ‘Late, drunken, coke snorting, abusive Cork / Kerry fans on the Hill’ doesn’t have quite the same ring to it. Referee John Bannon attracts Kerry and Dublin fans’ ire for his handling of the All Ireland football semi final. In hurling, Waterford fans are angry about ‘the system’ that beat their hurlers while Limerick anger continues at ‘sections of da meedja’ who don’t give their hurlers the recognition they feel they’ve earned. Tickets for the All Ireland? Not many of them about but plenty of anger about the 1000% ‘mark up’ by online ticket brokers.

YOU could say Kerry captain Eoin Brosnan was destined to be a footballer, almost as much as it was inevitable he would follow his father Niall’s example and study law in UCC before qualifying as a solicitor.

NEWSPAPER bosses at The Kingdom in Killarney last night stood over the contents of a controversial interview this week with former Kerry captain, Dara Ó Cinnéide.

OVERFISHING continues to be a major problem in the EU - some stocks are threatened with extinction - and Ireland had one of the worst records for 2004, according to the EU.

Ó Cinnéide calls it a day

KERRY’s forward momentum for 2006 was further dented yesterday by the retirement of their most experienced attacker, Dara Ó Cinnéide.

Ó Cinnéide calls it a day

No decision on Kerry veterans’ future

KERRY chairman Sean Walsh insists the future of individual players was not discussed during their break in New York last week.

WHERE DO you go after scaling the highest peak? Last year Dara Ó Cinnéide captained Kerry to an All-Ireland victory, scoring eight points for good measure. He talked to Michael Moynihan about giving another year to the green and gold.

THE importance of a reliable free-taker is a key issue behind last night's decision by Kerry to recall Dara Ó Cinnéide to the starting fifteen for Sunday's All-Ireland final against Tyrone.

Going green to get gold

THERE's no easy way to tell a player he's not playing in an All-Ireland semi-final. "It's the least palatable part of the job," Kerry coach Jack O'Connor said yesterday.

Ó Cinnéide may lose out

LAST YEAR’s winning captain, Dara Ó Cinnéide may lose out in an attacking reshuffle by Kerry for Sunday’s All-Ireland semi-final against Cork.