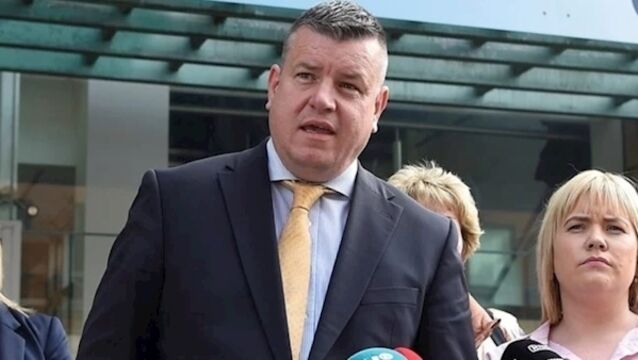 The release from intensive care of a well-known solicitor who had been in critical condition with coronavirus has been hailed as inspirational. 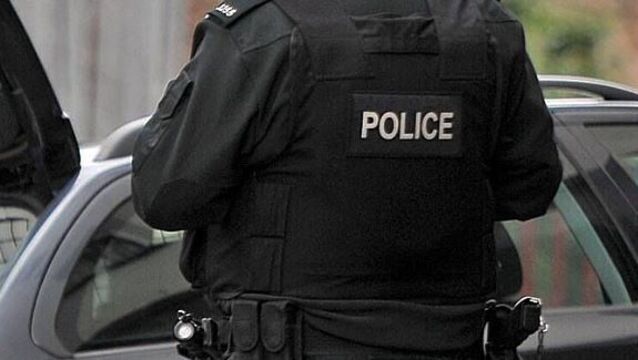 The “senseless murder” of a man in Belfast has been condemned. 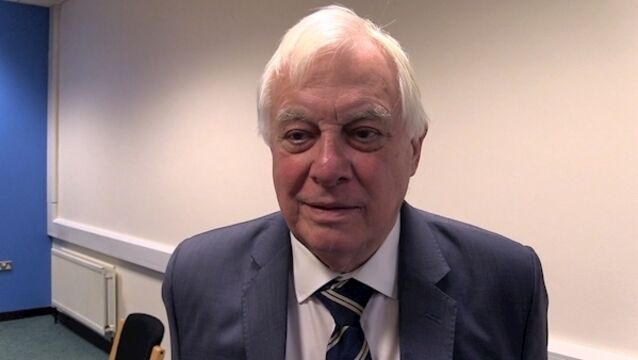 Almost one third of those who want to join are identified as Catholic, equating to 2,158.

Letter to the Editor: Widespread amnesia when it comes to Sinn Féin

Anthony Daly: One eternal truth: There’s no end to a Kilkenny man

Sinn Féin hit out at Downey arrest and extradition

Sinn Féin's deputy Dail leader Pearse Doherty has hit out at the "vindictive" arrest and extradition of alleged IRA bomber John Downey in connection with the murder of two soliders in 1972.

The pull of Cork’s northside is strong - and that’s official.

Two men, one aged 52 and the second in his 40s, are still being questioned by police in the North after three teenagers died outside a St.Patrick's night disco in Co. Tyrone.

Latest: Two men questioned on suspicion of murder following the death of a man in Belfast have been released on bail.

Reports that a Northern Ireland-based journalist has been subjected to a death threat from a loyalist paramilitary group has prompted condemnations across the political divide.

Outgoing Sinn F&eacute;in leader Gerry Adams has said he regrets the fact that people were killed by the IRA during the Troubles but does not care how history judges him.

Senior Irish and UK government ministers have urged politicians to be careful about the language they use in the wake of the latest Twitter row between elected representatives in the North.

Sinn Féin has serious issues to deal with in their party, according to a Labour Senator.

Sinn Féin makes it so easy to criticise their behaviour that it might just be prudent to wonder if some Machiavellian strategy is in play.

SF's Gerry Kelly 'regrets' using bolt-cutters to remove car clamp, says he was in a hurry to Stormont

Sinn Féin MLA Gerry Kelly has said he regrets using bolt cutters to unclamp his car and added that he has now paid the fine.

Sinn F&eacute;in has been rocked by another bitter internal party row, which has seen a leading TD censured and a councillor suspended.

The PSNI insisted chief constable George Hamilton was an invited guest and made no financial contribution at the North Antrim event hosted by MP Ian Paisley on Thursday night.

Pupils from Irish medium schools in Northern Ireland have rallied outside Stormont to protest at the ongoing deadlock over the introduction of language legislation.

The nominees for the Irish Radio Awards have been revealed

A peaceful Orange Order parade past the Ardoyne flashpoint in the North is a massive step forward, a community worker has said.

Sinn Féin is not budging on its insistence that Arlene Foster cannot return as Stormont first minister while a public inquiry into a botched green energy scheme is ongoing, Gerry Kelly has made clear.

A son of murdered Belfast solicitor Pat Finucane has been announced as a Sinn Féin election candidate.

A police officer has been shot and wounded in north Belfast, police said.

Sinn F&eacute;in deputy leader Mary Lou McDonald has admitted her party is in &ldquo;transition&rdquo; as the prospect of a leadership change on both sides of the border grows nearer due to the likely retirement of Martin McGuinness from frontline politics.

The man and the maths that saved Connacht

Connacht&rsquo;s march on the IRFU offices in 2003 to save their team is well documented but they came closer to going out of business just seven years ago. By then, the IRFU and the province both had enough of seemingly endless losing runs, budgetary issues and growing despair. But a sports consultant from Cork, employed by both parties to see if there was any future, spotted a glimmer of hope. Seven years later, Connacht were PRO 12 champions, the first trophy in their 131-year history.

One of the North's most controversial parades has passed off peacefully.

Sinn Féin has rejected claims that Gerry Adams ordered the murder of an IRA spy.

A British official reluctantly agreed to a royal pardon for Maze prison escapee Gerry Kelly rather than see him freed in Holland, state files from 1989 have revealed.

The men who laid the foundations for Connacht's rugby success

One constituency remained undeclared as the Northern Ireland Assembly reached its conclusion.

A man has died after being shot in what is believed to be a paramilitary-style attack in Belfast.

Arlene Foster remains as only unionist in faltering powersharing government

Arlene Foster will take the reins in her first day as the sole unionist in the North's faltering powersharing government.

Fianna F&aacute;il leader Miche&aacute;l Martin has called on security forces to scrutinise Sinn F&eacute;in&rsquo;s &ldquo;enormous resources&rdquo; after alleging some of the money used by the party may be &ldquo;linked&rdquo; to criminality.

Fianna F&aacute;il leader Miche&aacute;l Martin has claimed some of Sinn F&eacute;in&rsquo;s &ldquo;enormous resources&rdquo; may be &ldquo;linked&rdquo; to criminality as Renua Ireland called for Gerry Adams to resign.

North in Crisis: Who should we believe?

The crisis in the North is growing, with statements coming from all sides, but who should we believe?

Gerry Adams: We’ve had enough of the political posturing

There is no basis for the charges made against Sinn F&eacute;in by our political opponents and if this descends into crisis it is a direct result of their stupidity and opportunism, says Gerry Adams.

Driver charged with attempted murder after riot in North

A driver has been arrested for suspected attempted murder after a teenager was hit by a car during a riot in Belfast.

The Democratic Unionists are this morning wondering if the post-election shakedown will hand them added influence at Westminster after a Northern Ireland poll that produced a couple of surprises.

PSNI launch manhunt after man shot in the face

A man shot in the face in north Belfast is in a serious condition in hospital.

A man is in a critical condition after he was shot in the head at a fast food restaurant in Northern Ireland, police said.

Calls to investigate Sinn Féin over role in scheme

An investigation is needed to establish Sinn F&eacute;in&rsquo;s role in the erroneous issuing of an on-the-run letter to the suspect in Gareth O&rsquo;Connor&rsquo;s murder, political rivals have urged.

Inquest halted in ‘on the run’ letter row

The inquest of a murdered father of two in the North has been dramatically halted after it emerged that a suspect has been wrongly issued with a UK Government comfort letter assuring him he was not being sought by the authorities.

Nothing ever comes easy for Connacht. Their constant battle for recognition and the right to sit as an equal partner with the other three provinces in the eyes of the IRFU has raged for over a century.

Co Cork VEC lobbied the minister for education for new laws to impeach committee members for disloyalty after it took issue with the actions of a whistleblower.

Crisis is set to run and run

Three fugitive republicans previously wanted by police in connection with conflict-related investigations were confirmed as “cleared” at the start of March, Sinn Féin claimed.