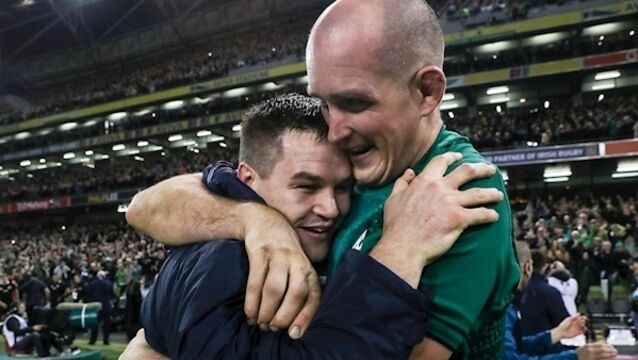 England’s template there for Ireland to emulate

The last time the reigning Grand Slam champions dared to beat the All Blacks, they followed up by winning the World Cup within a matter of months, writes Peter Jackson. 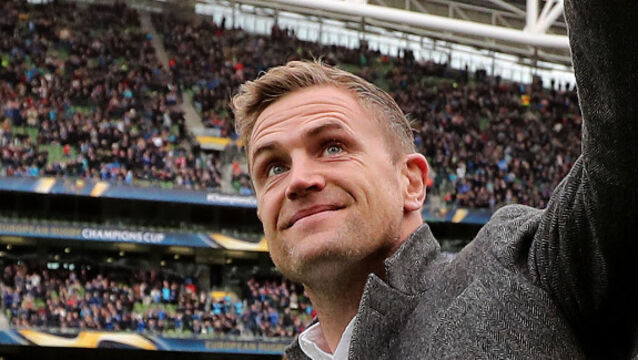 And so the Munster Miracles keep on coming, as if put together on some sort of supernatural assembly line cranked into use only in times of deepest trouble. 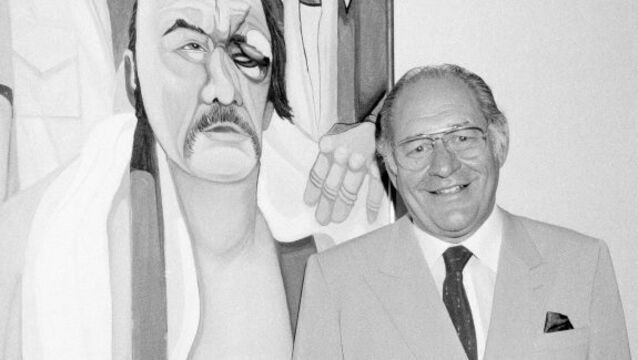 Fernando "Ferdie" Pacheco, "The Fight Doctor" who served as Muhammad Ali's ringside physician, has died at the age of 89.

Those were the days: Documentary looks back at happy nights at Redbarn dancehall

Muhammad Ali was the ‘most beautiful creature on the planet’

Even the Conor McGregor hype gets drowned out in New York

It&rsquo;s hard silenced, New York. But, on the early morning commute to downtown Manhattan on Wednesday, you could mark that as another odds-scorching upset for the man who somehow, someway will become leader of this land in the much too near future.

We are just days away to the biggest fight in UFC history, writes Ciaran O'Flynn for the Irish Examiner.

Muhammad Ali funeral service will be open to the public

Muhammad Ali&rsquo;s funeral is to be held in his hometown of Louisville at 2pm local time (7pm Irish) on Friday.

&lsquo;I didn&rsquo;t give it away, Joe earned it&rsquo;

It was Muhammad Ali’s humanity that people responded to

One of the contributors to Thomas Hauser&rsquo;s biography of Muhammad Ali told a story that sums up one &mdash; just one &mdash; aspect of the boxer.

Joe Frazier on Ali: &lsquo;I hit him with punches that&rsquo;d bring down the walls of a city. I can&rsquo;t stand the man. There was no need for those insults, but I got to say, he&rsquo;s got a giant heart and a strong chin.&rsquo;

The fight itself certainly didn&rsquo;t set the world on fire, but Muhammad Ali&rsquo;s bout in Croke Park in 1972 was a sideshow for many who were simply in awe at having the man himself on their doorstep.

GAA still to realise youth its most precious commodity

On several occasions last week, I listened to avid sports fans agonising over how they would watch the so-called &lsquo;Fight of the Century&rsquo; between Floyd Mayweather and Manny Pacquiao.

Appeal for memories of dance hall for documentary

An East Cork film company wants people with memories of a former dance hall to assist them in the making of a new documentary.

Cork-based heavyweight Mike Perez will bid to clinch a shot at the world heavyweight title in Texas next month.

Bernard Hopkins once again made history by becoming the oldest boxer to unify a weight division after adding the WBA light-heavyweight crown to his IBF title with a split-decision victory over Beibut Shumenov.

A night to live in the memory

When the great boxing trainer Eddie Futch stopped Joe Frazier from going out to face Muhammad Ali late on in Manila all those years ago, he had good reason.

Let’s settle this by scaling a 12ft wall

When fatgate broke — Jerry Kiernan’s personal operation transformation for upholstered Gaelic football players — I could not be drawn into the barney.

Sugrue persuaded Ali to come to Dublin, and when the boxer landed, he arrived in a very different country to the Ireland we live in today.

The great motivator has given his last pep talk

If Angelo Dundee had done his work on a Munster championship sideline rather than in a fight corner, there would have been a Dry Ball Final every year.

Muhammad Ali was among the mourners on Monday at the funeral of long-time rival Joe Frazier in Philadelphia.

Never was a thrown towel soaked in more honour

I SAW Joe Frazier at Madison Square Garden but not, alas, in the Fight of the Century. It was just last January and Joe was courtside for Knicks-Spurs in the NBA.

Still the heavyweight champion of Philadelphia

THE fight game continues to crumble in the City of Brotherly Love.

WORRIED eyes turned towards Philadelphia these past few days, knowing the news was bad, hoping without logic that Joe Frazier could beat the odds one more time. Outside the boxing community, however, concern was muted.

Boxing was today mourning the passing of one its finest heavyweights after Joe Frazier lost his battle with liver cancer.

Ali leads tributes to Frazier after death from liver cancer

Eyes on the prize after a $6m scam

PARANOIA, they destroy ya (here it goes again). So sang the peerless Ray Davies of the Kinks in the 1980s.

‘Rumble in the Jungle’ commentator to speak at Ali event

LEGENDARY boxing commentator Bob Sheridan will be guest speaker at an event marking the first anniversary of Muhammad Ali’s visit to Ennis.

The Cowen years - More needed in these days of instability

THERE’S a tale, probably apocryphal, that has long done the rounds of the boxing fraternity which is intended to highlight the depth of rivalry between Muhammad Ali and Joe Frazier.

Pining for old days as David no Goliath

There was a time well within living memory that such a contest would have dominated discussions for weeks beforehand &ndash; and afterwards.

THE great Muhammad Ali clinched his latest title when he was declared the first honorary freeman of Ennis.

Ireland and England shared top spot at the conclusion of the weekend's Youth international round robin at the National Stadium in Dublin this afternoon.

Legendary trainer Freddie Roach isn’t allowing a battle with Parkinson’s Disease curtail his development of a new era of boxing superstars. Simon Lewis spoke to him in Los Angeles.

Mourners began gathering today for the funeral of Evel Knievel, the motorcycle daredevil whose death-defying stunts and near fatal crashes made him an international icon and helped put his mining hometown on the map.

Can Déise sustain this intensity?

YOU CAN stop chewing those nails now, before you hit solid knuckle.

IT IS not yet in the class of Bjorn Borg and John McEnroe, but the rivalry between Roger Federer and Rafael Nadal is simmering nicely.

A guitar played by George Harrison and John Lennon during Beatles recording sessions sold for more than a quarter of a million pounds at auction.

Mark Lewis-Francis is psyching himself up for the Olympics by watching the classic boxing film 'When We Were Kings' – and believes he is capable of reigning supreme in the 100 metres.

Lennox Lewis has declared his intention to hang up his gloves if he beats Mike Tyson on April 6.

Boxing: Maloney - Lewis will never be one of the greats

Frank Maloney believes Britain's Lennox Lewis will never be regarded as one of boxing's greats.