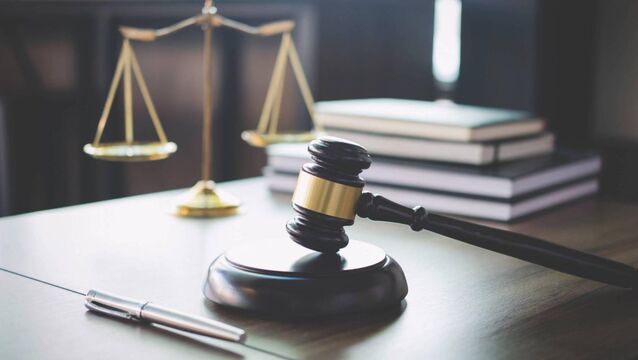 A judge has ordered a sex offender to go into 24-hour ‘lock-down’ at his grandparents’ home until he sentences him in over two weeks time. 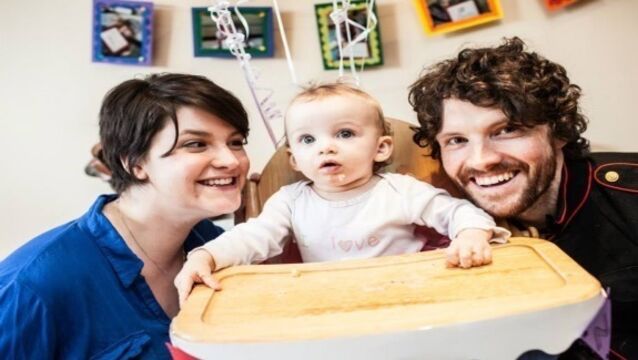 The DPP has appealed against the sentence imposed on a truck driver for the careless driving causing the death of Estlin Wall, 3, and serious bodily harm to her father, Vincent three years ago. 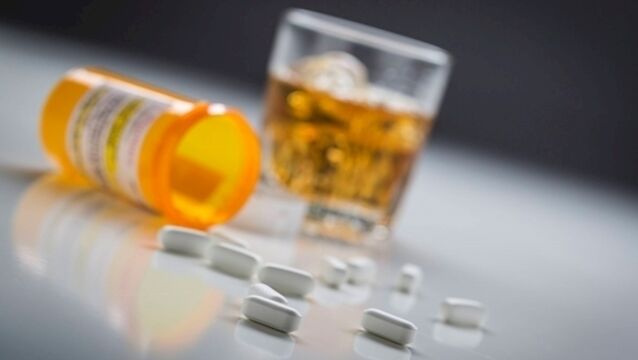 Teen only learned of sexual assault on her from Facebook video

Hairdresser, 22, assaulted another woman at Christening after 14 hour drinking binge

A schoolboy has failed in his personal injury action where he claimed his primary school was negligent in supplying him with a deflated football that caused him to break his wrist during a soccer match.

Seven personal injury actions worth up to a total of €420,000 from a 'rear-ending' road traffic accident have been dismissed or withdrawn after a motor assessor told a court that the two cars involved never collided.

A 43-year-old west Clare man has escaped jail over his possession of a "disgusting" book which was the first book to be banned here by the censors in almost two decades.

A 41-year-old Shannon native has had to move house twice since his child pornography downloading offences were made public.

Judge: 'Would be unfair' to impose jail term on man who defiled girl, 15 during sleepover

A Co Clare man who defiled a 15-year-old girl while the girl was on a sleepover in a tent in the back garden of a friend's house today walked free from court.

An 18-year-old childminder told gardaí that she unintentionally broke the arm of her one-year-old baby niece when trying to frighten the baby in order to distract her from crying.

An Ennis solicitor stole €149,830 from 11 clients over a five-year period “in a robbing Peter to pay Paul’ enterprise, Ennis Circuit Court heard today.

A Co Clare teen defiled a 15-year-old girl while the girl was on a sleepover in a tent in the back garden of a friend's house.

A 43-year-old man has pleaded guilty to the possession of child pornography after he was found with a copy of the first book to be banned here in almost two decades.

A 42-year-old married Co Clare man who sought out pornographic material of babies online has been jailed for three years.

Bus Éireann would have to stop carrying passengers if injury claim succeeded: Judge

A judge has told a court that Bus Éireann would have to stop carrying passengers altogether in the morning if a personal injury damages claim by a 77-year-old Limerick man was to succeed.

A judge has hit out at the failure of the State to provide a secure placement for a Co. Clare man declared insane.

HSE paramedic jailed for assaulting first aid students, one of whom was pregnant

A HSE paramedic who “patently abused” his position of trust when assaulting two female first aid students has been jailed.

A 42-year old married Co Clare man admitted to gardaí that he is sexually attracted to babies and toddlers aged under three and sought out pornographic material of babies online.

A 36-year-old paramedic who assaulted two female first aid students when he placed them in a chokehold six years ago was today described as ‘timid’ by a retired Garda.

A woman whose humanist marriage was described as "mumbo-jumbo" and "away with the fairies" by a district court judge has had her four-month jail term lifted on appeal.

An off-duty Domino’s Pizza delivery man broke both his wrists when he fell off a hospital roof as he tried to evade capture by gardaí.

Mr Miko was twice over the drink driving limit and driving at a speed of 120kmph when the BMW car he took without permission struck Mr McNamara.

Former Labour TD, Michael McNamara told the district court that he was “utterly and completely shocked” when pepper-sprayed by a Garda outside his home in December 2016.

A circuit court judge has hit out at the ‘absolutely outrageous’ conduct of feuding traveller families in Ennis telling them that it is ordinary workers who are funding their legal aid.

A senior lawyer has hit out at the &ldquo;massive delay&rdquo; by the State in analysing technical evidence in child pornography cases.

Nine men today walked free from court for their role in a "ferocious encounter" at a halting site where a number of petrol bombs were thrown and other weapons were used.

A driver who crashed causing the death of a close friend after he became confused over his SatNav telling him to go the wrong direction near the Cliffs of Moher today walked free from court.

Attacker who told victim 'if the cancer doesn't kill you, I will kill you' receives four-year jail term

"I was completely helpless. I could do nothing. I have been through many situations in my life and I thought I was going to die that day.”

A Polish tourist was killed in a car accident near the Cliffs of Moher two years ago after a driver was confused about his SatNav telling him to go the wrong direction.

'If the cancer doesn't kill you, I will kill you': Cancer patient says thief attacked him because he knew he was weak

“I feared for my life. At times I thought that was it, that it was over.”

There were 'petrol bomb fires all over the site' following dispute between Traveller families, court hears

A dispute between Traveller families over who won an organised 13-minute long ‘fair fight’ between two men quickly erupted into a ‘ferocious encounter’ at a halting site where a number of petrol bombs were thrown and other weapons were used.

A motorist who was four times over the drink driving legal limit when he knocked down two musicians at Doolin in March 2015 has walked free from court.

A 23-year-old Ennis woman is counting the cost of taking on Dunnes Stores over a "nasty" baby finger injury caused by a broken Dolmio pasta sauce jar - and losing.

A 65-year old farmer today pleaded guilty to a charge in connection with the dumping of 12 decomposing animal carcasses from a 300 ft high cliff four years ago in west Clare.

Violent teen ‘will harm girl he defiled’ if bailed

If a violent Ennis teenager is released from custody, he will attempt to physically harm the girl he defiled, a garda has told a court.

‘Beggars belief insurance firm traded as it did’

Judge says State should make up shortfall or else Setanta-insured motorists could be liable for &euro;15.5m

A motorist hit by a Garda car at a traffic light junction had to fork out &euro;330 for a fire brigade to attend the scene.

Woman chips in on losing tooth in burger

A Limerick fast food outlet where the Munster rugby team once celebrated by filling the Heineken Cup with its famous chips was at the centre of a legal maul yesterday during which a judge issued a red card to two insurance companies.

A &lsquo;lovesick&rsquo; east Clare man &lsquo;dog-napped&rsquo; a little terrier called Red as part of a campaign of harassment that made a single mother&rsquo;s life hell, a court has heard.

The victim of a night club glass attack carried out by the ex-partner of murderer, John Dundon, Ciara Killeen (aged 32) has said that the Limerick woman should have got jail for the attack.

A cattle rustler who stole cattle from an elderly neighbour is being shunned in his local community by former friends and acquaintances.

A late night row over a bag of chips culminated in a Tipperary builder beating up two female garda&iacute;.

A Clare man who was taken to University Hospital Limerick after a fall would not have died had he been properly treated and kept in, a court heard.

A paramedic wept in court yesterday as he was cleared of the sexual assault of a Civil Defence volunteer in the back of an ambulance.

A mother yesterday pleaded guilty to wilful neglecting and assaulting her then five-month-old daughter, who allegedly sustained a skull fracture and other bone injuries.

Farmer battles to save part of land from being sold

A farmer is prepared to go on hunger strike or drive nails through his hands outside the D&aacute;il if his land &ldquo;is sold out from under him&rdquo;.