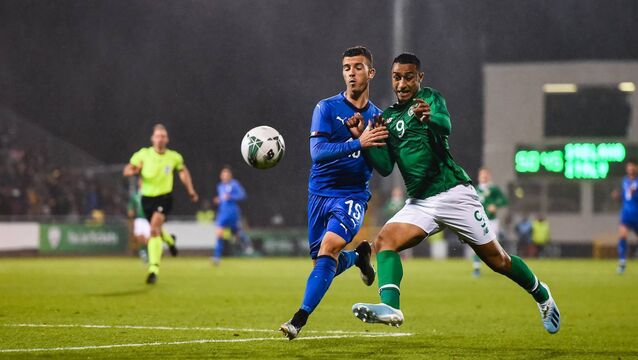 Jim Crawford's reign as Republic of Ireland U21 manager will begin with a friendly against Slovenia before the side launches into their last three re-arranged European Championship qualifiers. 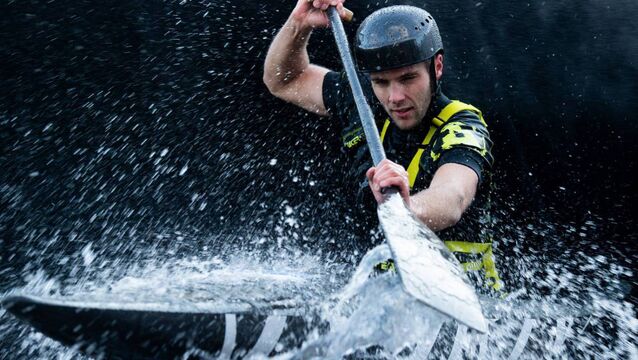 Choppy waters ahead as Liam Jegou trains for Olympics

Before we talk about a sport that’s like juggling mercury, and the nomadic lifestyle of living in a converted Hi Ace van on Europe’s riverbanks that goes with it, we need to talk first about the accent. 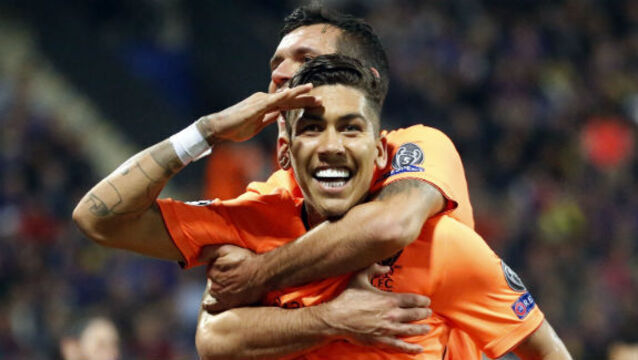 Maribor 0 - Liverpool 7:&nbsp;Liverpool finally found their form in front of goal in a record-breaking 7-0 European away victory against hapless Maribor to finally kick-start their Champions League campaign.

Slovenia add to Ireland’s tale of woe in Iceland

Frustration for Hibernia as Tajfun take victory in Tallaght

Chelsea must wait to secure qualification from Champions League Group G after Eden Hazard missed a late penalty in a 1-1 draw against minnows Maribor.

Celtic&rsquo;s chief executive Peter Lawwell has given Ronny Deila a vote of confidence and insists the Parkhead club have to "keep the head" as their new manager finds himself under fire.

Celtic dumped out of the Champions League

Celtic dramatically crashed out of the Champions League for the second time this season with a 1-0 play-off defeat by Maribor at Parkhead taking the visitors through 2-1 on aggregate.

Ronny Deila brought back his big guns as expected for Celtic’s Champions League play-off clash with Maribor at Parkhead.

European dream over for Wigan

Celtic could play a Champions League game in Dublin next season.

RYAN DONK’S injury-time winner capped a stunning comeback by Club Brugge, who hit back from 3-0 down to win 4-3 at Maribor and boost their chances of qualifying from UEFA Europa League Group H.

A cruel late own-goal saw Bohemians bow out of Europe despite a rousing display at Dalymount last night. Pat Fenlon’s side dominated Olimpija for long spells but it wasn’t enough as they chased a 2-0 deficit from the first leg.

Italy coach Cesare Prandelli is relishing the prospect of facing his mentor and compatriot Giovanni Trapattoni on the touchline when his team takes on the Republic of Ireland tomorrow in an international friendly.

Azzurri ease to win over Estonia

IT IS hard to imagine how anyone with a little foresight could ever starve in Slovenia, in south-central Europe, where I spent the last week.

TRUST the hapless French to blow their last chance to make a few friends at the World Cup.

UNITED STATES midfielder Landon Donovan and coach Bob Bradley were both left without an answer as to why what would have been a winning goal in their dramatic World Cup Group C match against Slovenia yesterday was disallowed.

A SLOVENIAN student who was captured, tortured and killed by communists during World War II was beatified yesterday by Pope Benedict XVI’s state secretary at a Mass attended by thousands.

Forget Paris, get packed for Warsaw

IN Dublin Castle on Thursday for the launch of the city as the European Capital Of Sport for 2010, Marco Tardelli was invited to turn his thoughts to another European capital, Warsaw, and the draw for the Euro Championships which will take place there tomorrow.

No complacency from Hiddink as Russia face Slovenian underdogs

RUSSIA and Slovenia are both at full strength ahead of today’s World Cup qualifying play-off first leg in Moscow.

Ireland's women get European campaign back on track

Up to 13 people are feared dead after trying to canoe over a dam in Slovenia.

Slovenians go to the polls

Slovenians went to the polls to elect a new president today, just two months before the country is to take over the rotating European Union presidency.

Irish heavy four advance to the B final

The Irish men’s heavyweight four (M4-) of Alan Martin (NUIG), Sean Casey (Muckross), Cormac Folan (NUIG), and Sean O’Neill (St.Michael’s) placed sixth in their semi-final of the Rowing World Championships in Munich this morning to progress to Saturday’s B final (places seven to twelve) where they will race for Olympic qualification.

Irish are second richest in EU

The wealth gap between the old and new EU member states is narrowing but Luxembourg and Ireland are still the wealthiest countries in the bloc.

Scotland’s brave World Cup battle all-but came to a heartbreaking conclusion after they were defeated by Vitaly Kutuzov’s first-half winner at Hampden Park.

O’Loughlin hits top gear to close the gap on Bonca

DAVID O’LOUGHLIN produced a sensational performance to claim victory at the top of Seskin Hill but the yellow jersey of the FBD Milk Ras remains, and only just, with Slovenian Valter Bonca.

MALCOLM ELLIOTT, the doyen of British sprinters, finally achieved his stage victory when he won the big bunch sprint into Millstreet yesterday.

Gerard Houllier paid tribute to Emile Heskey as Liverpool crushed Olimpija Ljubljana to reach the second round of the UEFA Cup.

Liverpool boss Gerard Houllier wants his club to become the unashamed kings of the UEFA Cup.

Owen looks set to write himself into Anfield history tonight

MICHAEL OWEN has spent the past seven months on the brink of eclipsing Ian Rush’s all-time Liverpool goalscoring record in Europe.

DEFENDING champions France started their Euro 2004 qualifying campaign with a stuttering 2-1 win over Cyprus in Nicosia on Saturday.

SA lead at half time - report

SA lead at half time - report

Spain kick off campaign with a win - report