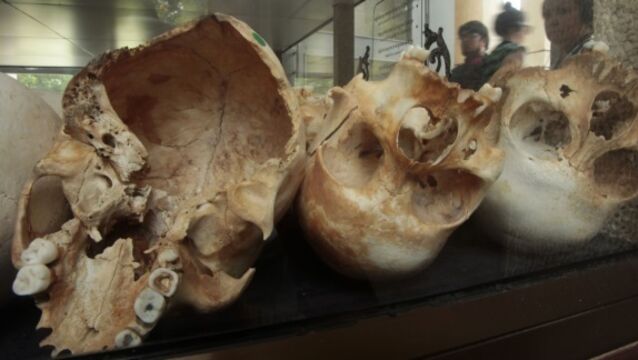 Prosecutors sum up in trial of surviving Khmer Rouge leaders

Prosecutors in the trial in Cambodia of two surviving leaders of the former Khmer Rouge regime have begun summing up their case. 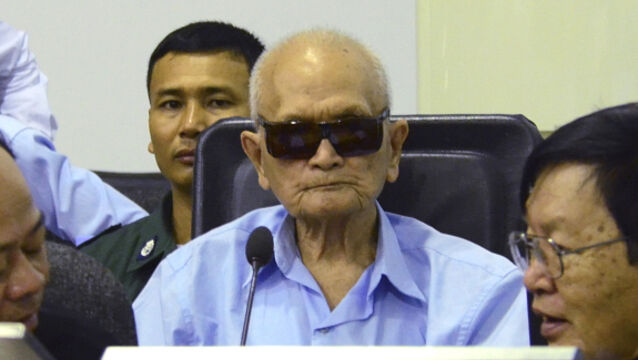 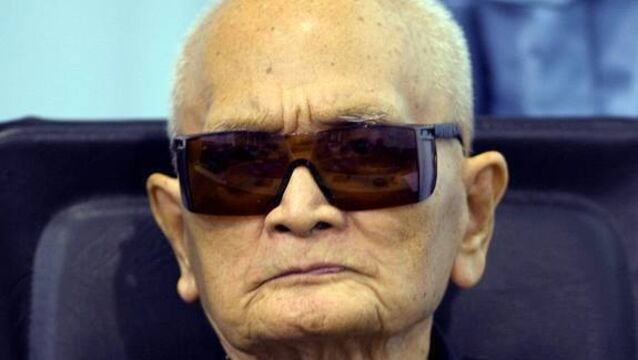 They were leaders of Cambodia&rsquo;s infamous Khmer Rouge, the fanatical communist movement behind a 1970s reign of terror that transformed this entire Southeast Asian nation into a ruthless slave state — a place where cities were emptied of their inhabitants, religion and schools were banned, and anyone deemed a threat was executed.

A senior Khmer Rouge leader has accused a war crimes tribunal of wanting his “head on the block”, and insisted he had no real authority during the regime’s brutal rule of Cambodia in the 1970s.

THE top surviving commanders of the 1970s Khmer Rouge regime masterminded one of the “worst horrors” of the 20th century, creating a living nightmare by killing or enslaving millions of Cambodians, a UN-backed war crimes trial has heard.

Khmer Rouge chief 'will tell all'

The former head of state of Cambodia's Khmer Rouge has told a court trying him for genocide that he is keen to tell all he knows about the 1970s communist regime.

THE top four surviving members of the brutal Khmer Rouge went on trial yesterday before a tribunal aimed at finding justice for the estimated 1.7 million people who died in Cambodia’s “Killing Fields” of the 1970s.

Four now old and infirm members of the Khmer Rouge's ruling elite were facing a war crimes tribunal today, decades after their plans for a Communist Party utopia in Cambodia killed around 1.7 million people by execution, medical neglect, overwork and starvation.

Cambodia’s genocide tribunal today indicted the four top surviving leaders of the Khmer Rouge regime blamed for 1.7 million deaths in the 1970s, paving the way for the panel’s long-awaited second trial next year.

A notorious torture centre boss went before Cambodia’s genocide tribunal today for its first trial over the deaths of around 1.7 million people at the hands of the Khmer Rouge regime more than three decades ago.

Cambodia’s UN-backed genocide tribunal opened its doors today for the first public court appearance of a Khmer Rouge figure since the regime’s brutal reign of terror in the 1970s.

The UN-backed genocide tribunal in Cambodia arrested the former Khmer Rouge head of state today following his release from a hospital, officials said.

Nuon Chea, the top surviving leader of Cambodia’s notorious Khmer Rouge, whose radical policies were responsible for the deaths of an estimated 1.7 million people, was charged today with crimes against humanity and war crimes.

Police in Cambodia detained the top surviving leader of the Khmer Rouge today over his role in the notorious regime that caused the deaths of 1.7 million people in the late 1970s.

Saddam's family 'kept in dark about his health'

A French lawyer representing Saddam Hussein says the former Iraqi leader’s family has received no information about his health in detention.

A French lawyer infamous for defending terrorists and a Nazi leader today said he has been asked to defend Saddam Hussein.