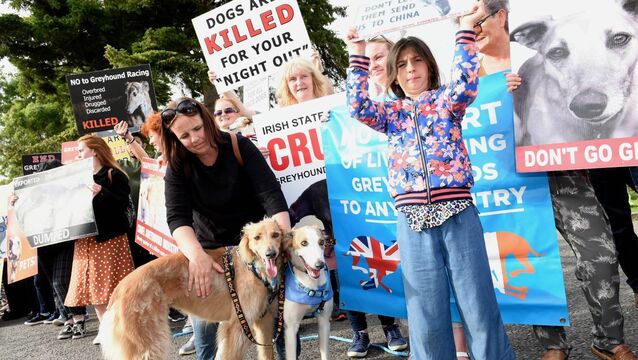 No reduction in greyhound budget despite lockdown

The Irish Greyhound Board (IGB) is currently employing a fraction of the staff it would in normal times, while its overall budget remains unchanged. 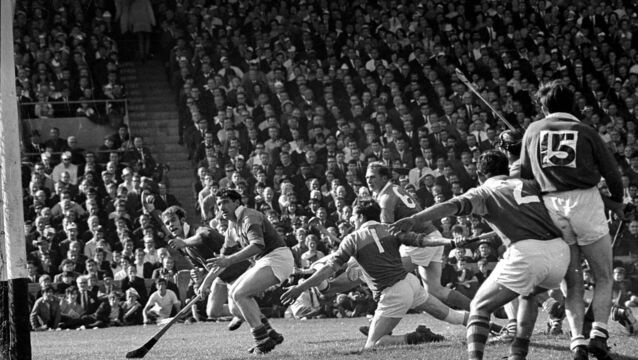 The GAA’s timely reminder about their digital archive — gaa.ie/gaa-now/archive/ — is sure to provide some succour to those suffering Gaelic Games withdrawal symptoms during this lockdown. What can be learned from a deep dive of footage, including All-Ireland senior finals and club finals, going back to 1961? 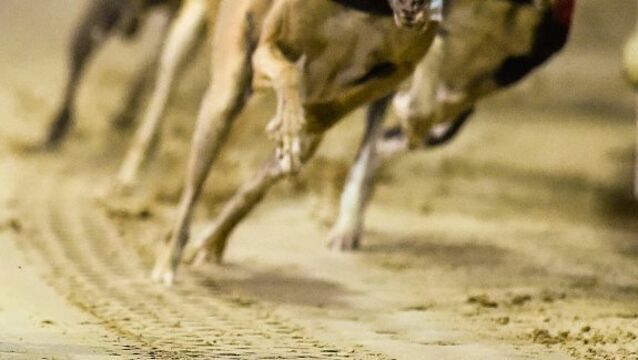 Greyhound board hasn't paid a dividend to State in 25 years

The body with responsibility for greyhound racing has not paid a dividend to the State for 25 years, despite its status as a commercial semi-state company.

It follows yesterday's announcement by Barry's Tea that they will no longer sponsor an annual race in Curraheen Park in Cork.

Barry’s Tea has formally withdrawn its local sponsorship of an annual greyhound race in the wake of last week’s RTÉ Investigates documentary on the sport in Ireland.

Election candidate Deirdre Clune recently visited a school where pupils are taught to elect a council. The Cork MEP says she’s learned a lot about politics in recent years too, writes Catherine Shanahan

European Elections: Looking after farmers the key for Clune in post Brexit Europe

With Rosalia Long’s Zumba moves triggering positive feelings left, right and centre, Beaumont Girls National School was as good a place as any to re-energise for the final week of European Elections campaigning.

They won Cookbook of the Year for their compilation of recipes inspired by local ingredients. James Kavanagh and William Murray – the duo behind Currabinny – will have the same focus on Irish produce in their new ‘Weekend’ food column, writes Esther McCarthy.

They won Cookbook of the Year for their compilation of recipes inspired by local ingredients. James Kavanagh and William Murray – the duo behind Currabinny – will have the same focus on Irish produce in their new ‘Weekend’ food column, writes Esther McCarthy.

Attention Irish in the UK, your new home away from home has opened in London

The siopa beag stocks everything from Club Lemon to Ballymaloe relish and Barry’s Tea.

The vast photographic archive of a former Lord Mayor of Cork who founded the Barry&rsquo;s Tea empire has been donated to his native city.

Thousands of Anthony Barry&rsquo;s pictures have been donated to Cork archives. They offer a look at life on Leeside in decades gone by, writes Marjorie Brennan

Barry's are putting the 'tea' in G&Ts

The famous Cork tea has teamed up with Blackwater Distillery to introduce a limited edition batch in time for Christmas.

We are now, it seems, the second-biggest tea drinkers in the world, after the Turks,&nbsp;Victoria White.

Tributes have been flooding in for Peter Barry following his death yesterday.

Peter Barry: The tea tester who proved to be a classic blend

From paving the way for peace in Northern Ireland to spearheading the growth of a tea empire, former t&aacute;naiste and foreign affairs minister Peter Barry was a man of many parts, a classic blend if you like, which helped make him one of those rare politicians to win respect across the political divide.

Fitting tributes to an exemplary politician

PETER BARRY was widely regarded as the best leader Fine Gael never had. He served the party, his constituency, and the country loyally during 28 years in the D&aacute;il, spanning four decades.

Price is no longer the key driving factor in the branded food and drink buying habits of Irish shoppers, according to new research.

Tánaiste Joan Burton has said the Government is &quot;seeking to take an individual case-by-case approach&quot; to people who are not getting sufficient rent supplements to afford the increasing costs in the private rental market.

Just one in 10 shoppers believe the country of origin labelling in Irish shops and supermarkets is clear.

What shape of tea bag should you buy for a better brew?

It was a question that might have puzzled the Sphinx, but the answer lies in a simple pyramid.

Michael Flatley ‘honoured’ to be chosen to lead Cork parade

Dance legend Michael Flatley has spoken of his honour after agreeing to lead Cork’s St Patrick’s Day parade. The multi-millionaire Lord of the Dance and Feet of Flames superstar, who was made a freeman of Cork in 2007 said: “I am truly honoured to be chosen as grand marshal of the Cork St Patrick’s Day Parade, in the county my family and I now call home.

A full-time carer in Limerick has found the perfect distraction to harsh budget cuts: Creating his own winter wonderland.

The Cork County Board hope to have a new sponsor on board within weeks to succeed O2 who announced yesterday that they were terminating their association with the board after a 15-year relationship.

Rebels must phone a friend as O2 end 15-year relationship

Cork County Board chairman Bob Ryan expects to secure a new jersey sponsor in the “not too distant future” after O2 ended their 15-year association with the county.

Taking to the streets

A highlight of Midsummer Festival was a series of plays performed in unlikely locations about Cork city, says arts editor Marc O’Sullivan

COMPOSTABLE cutlery made from plant extracts is the newest and most innovative product which has just been added to the range of Cork packaging supplier Southern Tapes & Packaging.

A COURT ruling has cleared the way for Allied Irish Banks to seek the sale of some 90,000 shares in Barry’s (Cork) as part of its effort to enforce an €8 million judgment order obtained against company director Donagh Barry.

AIB gets order on Barry’s shares

ALLIED Irish Banks has secured an interim charging order over some 90,000 shares in Barry’s (Cork) held by one of its directors as part of the bank’s effort to execute an &euro;8 million judgment order obtained against that director and another businessman.

Council to vote over Barry’s honour

THE Lord Mayor of Cork is expected to have enough votes today to rubber-stamp his proposal to confer the Freedom of the City on elder statesman and tea magnate Peter Barry.

ALMOST two-thirds of women prefer to shop insupermarkets that sell Irish brands, according to new research.

A new symbol to highlight Irish produce and boost home-grown brands among shoppers was unveiled today.

ALDI is on track with its target to have more outlets in Ireland than the big supermarkets after its announcement of plans to create 1,000 jobs as part of a &euro;350 million expansion.

FOOD is big business, bigger in some places more than others.

MOST of us by now, I suspect, have a Ryanair horror story to tell. Mine involved a late evening flight back from Italy last November which was suddenly cancelled.

BARRY’S Tea has a significant presence in the Irish market accounting for 39% of all retail sales which totalled €80 million last year.

O’FLYNN Construction, one of Cork’s largest firms, has joined the growing list of companies to switch to unlimited liability corporate status.

Barry’s Tea opts to give up limited liability status

BARRY’S TEA has joined the list of companies opting to give up its limited liability status.

TOP of the pops and Ireland’s biggest-selling brand, Coca-Cola, has no fear of losing its fizz.

BARRY’S TEA is on course to make its first major acquisition with the €60m purchase of Batchelor Canned Foods from troubled British company Northern Foods.