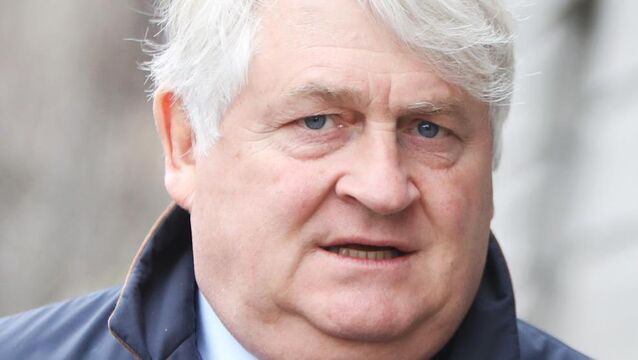 Sale of Communicorp closes a chapter for Denis O'Brien 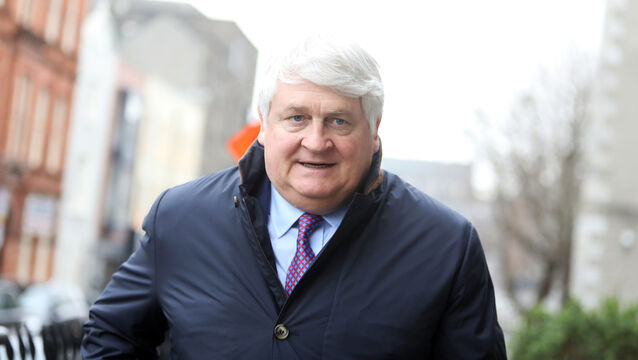 The acquisition, which is subject to regulatory approval, sees Bauer enter the Irish market for the first time 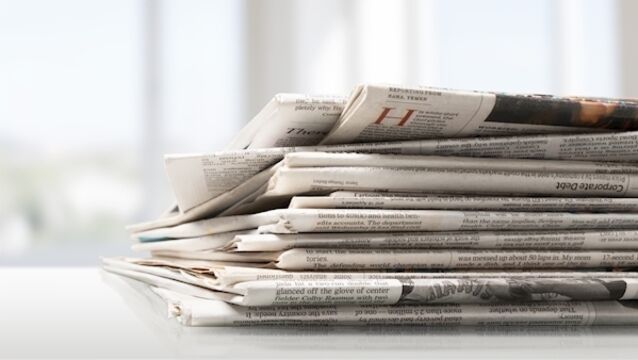 Irish media organisations including Journal Media and Communicorp are to impose wage cuts as the industry faces decline in advertising revenue.

'Absolutely wrong' for INM to claim it was deprived of details on Buckley explanation for data removal, court told

Newstalk parent company Communicorp Group has announced that Chris Donoghue is leaving his roles as Group Political Editor and Newstalk 'On The Record' presenter.

Robert Pitt has resigned as chief executive of Independent News and Media (INM) following an extraordinary row that had waged in the media company for over a year.

Costs associated with probes into corporate governance helped to damage profits at Independent News and Media, the group has said.

Independent News &amp; Media is not compliant with part of a corporate governance code requiring at least half of its board be independent, a review by INM has found.

Independent News &amp; Media (INM) chief Robert Pitt used whistleblowing legislation to complain around the time a dispute raged inside the media firm over the potential acquisition of Newstalk, it has emerged.

Communications Minister Denis Naughten has rejected claims there is a problem with Irish media ownership &ldquo;plurality&rdquo; after an independent EU report raised questions about Denis O&rsquo;Brien&rsquo;s level of involvement in the industry.

The concentration of media ownership in Ireland has been identified as &ldquo;high risk&rdquo; in a major EU study on media diversity.

Seán O’Rourke and Marian Finucane lead the way in JNLRs

Ministers to have power over media mergers

The Government has agreed new powers which will allow a minister determine whether proposed media mergers are in the public interest in terms of diversity in the sector.

An inquiry into Siteserv will justify Independent TD’s efforts

There&rsquo;s a limit to what a slightly OCD independent member of the Oireachtas can do on this, writes Alison O&rsquo; Connor

INM to cut 30 jobs as part of digital strategy

Independent News &amp; Media (INM) has announced further cuts to its editorial staff, with up to 30 people set to leave as part of the group&rsquo;s ongoing implementation of a broader digital strategy and a more collective working environment across its main newspaper titles, which include the Irish Independent and the Sunday Independent.

Newstalk radio station has lodged a formal complaint with the European Commission in which it claims the payment of TV licence fees to RT&Eacute; is not compatible with European Union rules on state aid.

The provisional liquidator appointed to the company that publishes Buy and Sell magazine, yesterday asked the High Court for permission to sell it to a subsidiary firm of the Denis O’Brien-owned Communicorp.

Denis O’Brien’s Communicorp media group is set to become the fourth largest commercial radio owner in the UK after agreeing the acquisition of eight regional stations.

Minister for Communications Pat Rabbitte has said diversity of media ownership will be one of his guiding principles when he assumes legislative responsibility for newspapers and broadcast media in Ireland later this year.

Making their minds up for you

Thought you were free to make your own decisions? Think again. Diana Kitt speaks to three people who decide what we eat, wear and listen to.

Communicorp has 60 days to inform the Broadcasting Authority of Ireland (BAI) if it considers the appointment of owner Denis O’Brien ally Leslie Buckley as chairman of Independent News and Media “relevant” to his media holdings.

BAI not to take action on O’Brien INM share

Denis O’Brien’s 29.9% holding in Independent News and Media does not constitute a controlling stake, according to the Broadcasting Authority of Ireland (BAI).

Enda Kenny will ring the New York Stock Exchange bell on Mar 19 to open the day’s trading on Wall St.

LIMERICK-based radio station Spin South-West remains on course to break even by the end of 2011 despite its latest set of accounts showing a loss of nearly &euro;1 million.

DENIS O’Brien has upped his stake in Independent News & Media.

The Broadcasting Commission of Ireland is expected to make a decision today on whether to approve Denis O'Brien's planned takeover of three more radio stations.

ALTHOUGH just a few months ago Denis O’Brien was distancing himself from speculation regarding a bid for Emap’s Irish radio operations, his emergence as the successful bidder — through his Communicorp Group — this week, has really come as no surprise to the industry.

THE Ryan Academy for entrepreneurship is to bestow the honour of fellow to the 1998-2006 finalists of the Ernst & Young Entrepreneur of the Year Awards today.

IT is estimated that there are eight interested parties vying to buy regional radio station, Waterford Local Radio (WLR), which is valued at close to €8 million.

THE Broadcasting Commission of Ireland (BCI) plans to award a licence to run a commercial radio station in the south-west.

THE board of Dublin talk radio station NewsTalk 106 has appointed Elaine Geraghty as chief executive. Ms. Geraghty replaces Dan Healy, who tendered his resignation on June 16. The appointment will take effect from September 15.

ACCOUNTANT Donal Buggy told the resumed Moriarty Tribunal hearing yesterday the Department of Communications asked him to carry out a financial analysis of the Denis O’Brien-led Esat Digifone consortium just days before the State’s second mobile phone licence was issued.

ROWS between the Irish and Norwegian partners threatened Esat Digifone’s survival less than a week before the consortium was granted the licence to operate the country’s second mobile phone network, the Moriarty Tribunal heard yesterday.

BUSINESSMAN Denis O’Brien pledged that Esat Digifone would remain Irish-controlled and there would be a three-to-one voting ratio in favour of the Irish investors, the Moriarty Tribunal heard yesterday.

IIU backing of bid ‘not known’

FINANCIER Dermot Desmond’s backing of Esat Digifone was not known to the civil servant in charge of the evaluation process when the Irish-led consortium won the second mobile phone licence, the Moriarty Tribunal heard yesterday.

ESAT's bid 'was strongest' a week before licence decision

The Moriarty Tribunal has heard that ESAT's bid was the strongest out of six applications just one week before the mobile phone licence was eventually awarded.