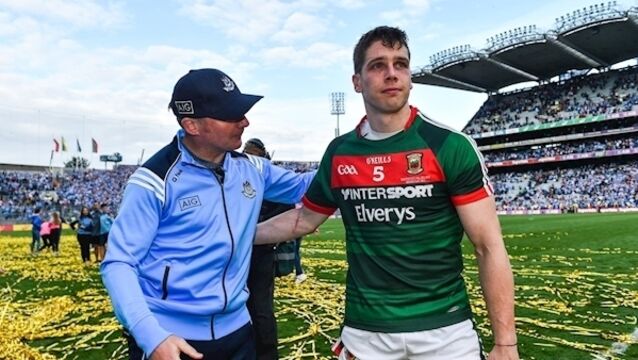 Crunching the numbers of Gavin’s 14-game streak against Mayo 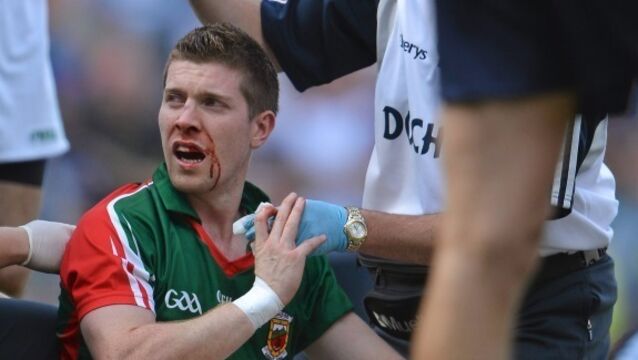 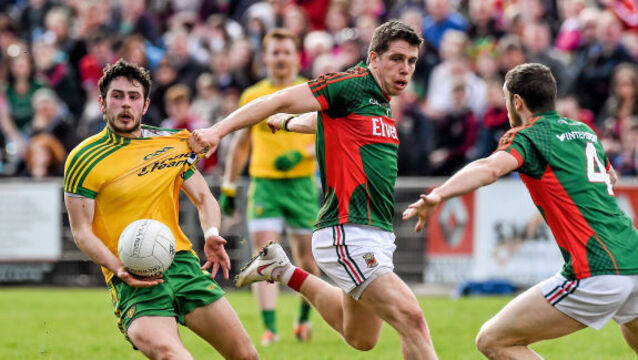 Mayo 0-12 Donegal 1-09:&nbsp;This was one of those occasions when a draw was as good as a win for Donegal as the Ulster champions sneaked into next weekend&rsquo;s league semi-final against table-toppers Cork.

3 key points to watch for in the GAA this weekend

No room for Paul Galvin in Kerry squad

Paul Galvin&rsquo;s return to action for Kerry will have to wait for at least another week, as he wasn&rsquo;t included in the squad to face Cork in Division 1 of the Allianz Football League at Páirc Uí Rinn on Sunday (2pm).

Mayo will not look outside the county for James Horan&rsquo;s successor — but favourite Kevin McStay faces strong opposition from Pat Holmes for the position.

Horan set to opt for same again against Dublin

James Horan is expected to name an unchanged starting team today ahead of Sunday’s All-Ireland SFC final with Dublin.

Hennelly making the most of second calling

Rob Hennelly should have be sitting in the Croke Park stands on Sunday instead of standing between the posts for Mayo.

Cillian O’Connor’s chances of playing in the All-Ireland SFC final for Mayo have not been completely dashed.

Past lives on in Kingdom

At a get-to-know-you meeting with the media earlier this year, Jim Gavin showed journalists footage of Dublin football from the 1970s and 1980s.

Gormley cleared to play for Tyrone

Conor Gormley has been cleared to play for Tyrone in their All-Ireland SFC semi-final against Mayo on Sunday week, August 25.

Hennelly set to start between the posts for Mayo

Rob Hennelly has become the favourite to start in goals for Mayo in the All-Ireland SFC quarter-final on the August Bank Holiday weekend.

Another title, but plenty to work on

The Mayo senior football squad has been hit by a goalkeeping crisis ahead of Sunday’s Connacht SFC final with both regular netminders, David Clarke and Kenneth O’Malley, set to miss out through injury.

Goalkeepers took a bow in Division 1 this weekend with three of them making penalty saves.

Brogan on top form as Dubs get better of Mayo

He remembers his last moments in a Mayo jersey like it was yesterday.

Aged just 16, Mayo people knew there was something special about David Clarke.

For the second GAA media event in succession, Mayo put forward a player unlikely to start the promoted game.

Despite being sidelined for almost three months with a stomach muscle injury, Aidan O’Shea looks set to be named among the Mayo substitutes for Sunday’s Connacht SFC final against Sligo.

ON the face of it, they shouldn’t have a lot in common but for Keith Higgins the mention of Kerry or London stir the same chastening feeling.

AN early goal and a strong finish proved decisive for Armagh as they capped their first ever visit to McHale Park, Castlebar with a crucial victory after a frantic Allianz National League tussle.

EOIN BROSNAN will line out for Kerry for the first time since the 2009 Munster semi-final replay defeat to Cork, when the Kingdom travel to face Mayo in Sunday’s Allianz Division 1 Football League clash in Castlebar.

Déjà vu for Down as Mayo show real steel

THERE were very mixed emotions around both dressing-rooms in the aftermath of an entertaining, dramatic stalemate which unfolded under the floodlights at a rain-soaked McHale Park, Castlebar on Saturday night.

ALL WEEK we heard “this is a different Mayo team”. Indeed, many conversations even stretched to how Mayo would cope with another clash with Kerry after being mangled by them in the 2004 and 2006 All-Ireland finals.

JOHN O’MAHONY has given championship debuts to three players for tomorrow’s clash at Gaelic Park.

SHANE O’ROURKE — son of legendary Meath star Colm — will make his first championship start for the Royal County at full forward in tomorrow’s All-Ireland SFC qualifier against Down.