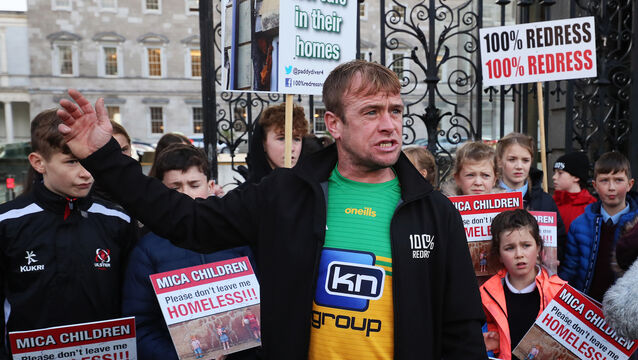 Taoiseach: Mica crisis will not force people to leave Donegal

However, he admitted lack of housing supply would pose 'a challenge' while homes were being rebuilt 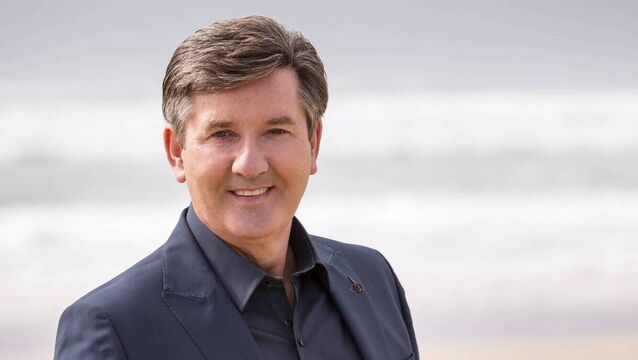 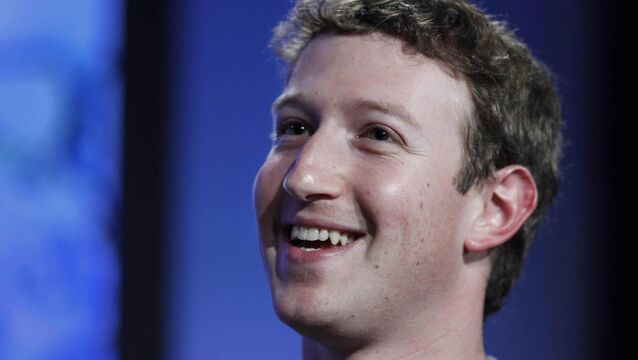 Some of them have, arguably, revolutionised the world with their products. There is nothing to stop a black, lesbian, transgender woman from doing the same

Keep Discovering: why staycations are here to stay

— Especially if you've never been to Kerry:  from yoga retreats to 'post-posal' breaks away, there's plenty to do on Irish holidays.

Thursday TV Tips: A palm-reading dentist, a rugby player, and a call-centre worker on First Dates

Plus, Sigourney Weaver narrates Secrets of the Whales; and cars rigged with cameras offer an unusual listen-in opportunity on Turas Bóthair

Wedding of the week: just the two of us for dinner, and then a bottle of champagne by the pool

— Finn and Huib got engaged on a surf trip to Clare and went surfing, hiking and scuba diving just before their wedding

A Donegal hotel has apologised after a promotional €2 a room backfired on them. The Beach Hotel in Downings advertised their rooms for this weekend at a bargain price before they planned to close tomorrow.

A Donegal hotel is offering rooms for €2 per person sharing this weekend. In a post on its Facebook page, Beach Hotel Downings wrote that it is open to residents of the hotel and up to 15 non-residents outside.

The Government has failed Irish businesses in its response to closures and restrictions imposed by Covid-19, according to Donegal Sinn Féin TD Padraig McLoughlin.

Counties Cork, Louth, Waterford, Wicklow, Kildare and Galway have been put on alert as a spike in Covid cases has seen Donegal move to level 3 restrictions.

Tánaiste Leo Varadkar has announced a €2m extra grand for businesses in Donegal affected by additional restrictions. The news comes after Donegal was placed into Level Three of the Living with Covid plan.

Man gets 18 months for robbing shop with meat cleaver

A 19-year-old passenger and a 36-year-old pedestrian lost their lives in separate collisions.

Searches are continuing tonight for a missing angler off Kerry Head. The man believed to be East European had been fishing off the rocks with his brother when he fell in on Wednesday night.

Readers may find some of the details in this article distressing.

The father and two children killed when their car plunged off the road into Lough Foyle in Co Donegal on Thursday night have been named by Gardai. They were John Mullan, aged 49, and his children Thomas, aged 14 and Amelia, aged six, from Moville.

The Menu: Wonderful food getaways on the Wild Atlantic Way

The latest restaurant and food news

Bishop McGuckian has braved driving rain and the odd outbreak of sunshine to explore the paths once wandered by Saint Colmcille.

A father and son who died in a drowning tragedy in Co Donegal yesterday were here renovating their holiday home.

A man in his 40s and his teenage son died in a drowning incident near Kilmacrennan in Co Donegal on Thursday.

A father and son have drowned after a family day out turned to tragedy in Co. Donegal.

Man taken to hospital by helicopter after cliff fall in Donegal

The man, who is in his 20s, was taken to hospital by the Rescue 118 helicopter which traveled from Sligo to extract the man from the cliffs.

A gang who distracted a shop assistant and stole almost €30,000 in cash and jewellery from a Co Donegal antiques shop have been jailed.

Hungarian Dental, of Letterkenny, Co Donegal took an injunction against the landlord Gall Investments after workmen locked them out of the surgery this week.

Gardaí say nobody has been arrested and investigations are continuing.

Boy, 11, dies after collision with van in Donegal

An 11-year-old boy who was knocked down by a van in Co Donegal has died in hospital from his injuries.

Two men arrested in connection with a firearms incident in Glenties, Co Donegal, have been released without charge.

Three men arrested after gardaí shot at in Glenties

Boy hospitalised after being attacked after teenage disco

The teenager received a number of kicks in the head after being set upon by a number of other boys after the disco on Friday on the Port Road in Letterkenny.

A High Court judge has warned a father and son they face being jailed and having their machinery seized if they persist in obstructing an access route being used by the developers of a Co Donegal windfarm.

In a fantastic contest, it looked as though the side managed by Declan Bonner had done enough to get themselves off to a winning start with Michael Murphy’s eighth of the night and Donegal’s 19th.

Jamie Brennan wants to be more influential in the big games for Donegal this year, admitting last year’s Super 8s were a disappointment for both himself and the team.

Gardaí in Donegal have found a cannabis grow house.

Preparations to repatriate the 26-year-old Donegal woman's remains back to her native Ardara for burial are at an advanced stage.

Gardaí are appealing for witnesses after a man in his 30s died following a crash in Donegal this morning.

Mary Ellen was killed when the branch of a tree fell on the taxi in which she was traveling on Friday evening last in Melbourne.

Handbags, an Apple iPod as well as children's medication was taken during the series of thefts.

Professor John Wenger from the centre for research in the Department of Atmospheric Chemistry at University College Cork says it is down to burning solid fuels.

Gardaí have confirmed that a man in his 30s has died following an incident in Co Donegal this afternoon.

Minister Regina Doherty has expressed condolences in the Dáil to the family of a woman who died after it took an ambulance 71 minutes to reach her home just 2km away.

The family of tragic Donegal drowning victim Leigh Early have asked him to look over them as they try to cope with his loss.

The funeral of a young man who drowned off Arranmore Island in Donegal is to take place later.

'A terrifying ordeal': Man hospitalised after being attacked in Donegal home by six armed men

The man was at home at Coneyburrow in Lifford last night at 7.30pm when the front door of his home was burst open.

Leigh Early perished when his car slid off a pier on Arranmore Island into freezing waters just after 5am on Sunday morning.