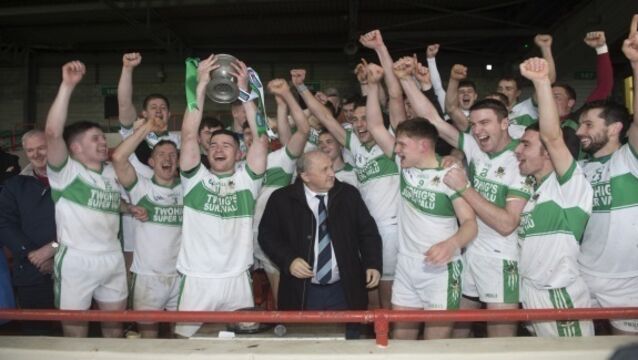 We proved we are the real deal, says Kanturk’s Walsh

An epic AIB Munster club IHC final at the Gaelic Grounds yesterday eventually went the way of Kanturk, but it needed extra-time to produce a winner. While Lorcan O&rsquo;Neill went up the steps to collect the Hoare Cup, credit to both sides as Kilmaley played their part in keeping the large crowd on the edge of their seats as they fought tooth and nail. 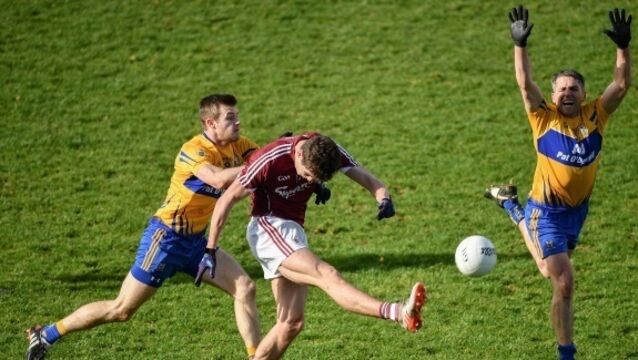 Galway 3-13 Clare 1-11: It&rsquo;s six years since Galway lost their top flight status and while they are now in the driving seat to make a return, manager Kevin Walsh is not getting too excited just yet. 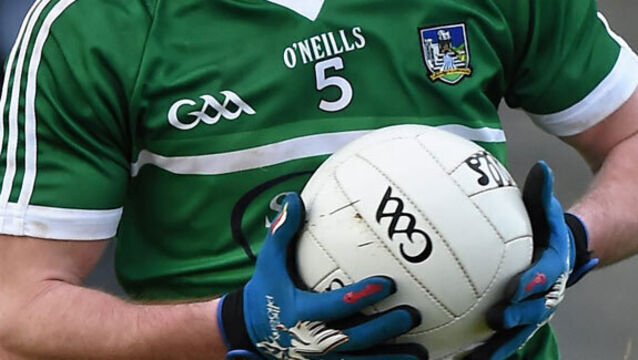 Limerick get Billy Lee off to a winning start

Limerick 2-13 Clare 2-9: Billy Lee enjoyed a winning start to his reign as Limerick senior football manager with a strong second-half showing helping his side to a McGrath Cup win over Clare.

Evidence mounting sweepers not so forward-thinking

The odds for mutual parental enjoyment are not looking good

Clancy’s late try gets Castletroy over the line

No jail time for teen for striking hurler with glass

Kilmallock and Cratloe to square off in Munster club hurling final

A Munster senior title-winning hurler turned up at Ennis Garda Station last Christmas with his head bloodied and bruised after being struck by a beer glass and a stick.

It was the summer of 2005, when Cratloe&rsquo;s footballers first announced themselves on the local scene.

Cratloe’s own school of excellence

A dramatic “supermoon” is set to accompany this year’s Perseid meteor shower, one of the most anticipated events on the skywatcher’s calender.

When he could not get access to his young daughter, David Markham decided to get his own back on his former partner.

Last Wednesday marked the 90th anniversary of the death of Michael Collins. Ryle Dwyer on a new book on his decisive role in the Anglo-Irish War

ON THE afternoon of June 27, 1922, when Winston Churchill gave vent to his frustration at the failure to act against the IRA in the Four Courts, British intelligence was already aware that the provisional government in Dublin was deeply implicated in the offensive waged by the IRA in Northern Ireland over the previous two months.

Cunningham nicks it for 14-man Banner

There was irony aplenty at O’Connor Park, Tullamore yesterday as Aaron Cunningham, son of Offaly coach Alan, landed the decisive 70th minute winning point as Clare maintained their 100% record in Division 1B of the Allianz NHL.

Clare make it five for five

UCC, the hosts and favourites, booked their place in today’s Fitzgibbon Cup final and in the process set up the first all-Cork college decider in the history of the event.

THIS could have been an afternoon fraught with tension for the Clare hurlers but transpired to be a carefree stroll in Cusack Park, Ennis yesterday.

WATERFORD overturned an 11-point deficit to edge out their hosts in yesterday’s Waterford Crystal senior hurling semi-final at Sixmilebridge.

All-Ireland winner Niall Gilligan has turned down an initial approach to link up with the Clare senior hurling panel for the 2010 campaign.

ALL-IRELAND winner Niall Gilligan has turned down an initial approach to link up with the Clare senior hurling panel for the 2010 campaign.

AFTER the trauma of their senior team’s championship exit last Saturday, Clare hurling received a badly-needed tonic from their U21 camp last night in Cusack Park.

IRELAND’S next generation of potential Test stars are determined to make their mark in today’s summer tour opener against Canada (10pm Irish time).

A Swords woman who hit an old classmate with "an object" leaving her with a 5cm wound on her face has been given a two-year suspended sentence at Dublin Circuit Criminal Court.

Barefooted Carmody all the way winner

MICHAEL CARMODY (Castletroy College, Limerick) led all the way to win the senior boys title at the Munster Schools Cross-Country Championships at Tramore Racecourse yesterday, when the lack of teacher cover due to the cutbacks was reflected in much smaller entries.

ALTHOUGH the disciplinary process following the row at last Sunday’s Cork-Clare clash in the Munster SHC has only begun, there is already intense speculation as to the likely replacements for both sides in the unlikely event of all the suspensions coming through.

No problems for Clare against Down

GLEN and Rebekah Markham are a bit taken aback by the worldwide publicity surrounding their child, scheduled to arrive by Caesarean section today.

Lynch named in Clare side

Colin Lynch has recovered from an ankle injury to be named in the Clare team to take on Kilkenny in Sunday's All-Ireland SHC semi-final (Croke Park, throw-in 4pm).

Clare get better of Wexford again

For the second year running, Wexford have crashed out of the All-Ireland Hurling Championship at the hands of Clare.

Ryan back to rally Wexford

2001 All-Star defender Darragh Ryan has fought off injury to be included in the Wexford team for Sunday's All-Ireland SHC quarter-final against Clare (Croke Park, throw-in 2.15pm).

Ronan starts for Cork against Limerick

THERE’S a starting place on the Cork team for Neil Ronan, while injured trio Ollie Moran, Stephen Lucey and Brian Geary have been named on the Limerick side for Saturday’s Guinness All-Ireland SHC quarter-final clash at Semple Stadium.

Clare have brought Barry Nugent into their side, in a straight swap for the injured Andrew Quinn, for Sunday's Munster SHC semi-final against Cork (Semple Stadium, throw-in 4pm).

CLARE have made just one change from the side that lost to Cork in last season’s Guinness All-Ireland Senior Hurling Championship semi-final for Sunday’s Muster duel with their conquerors of nine months ago at Semple Stadium, Thurles.

Rebels ring in the changes for Waterford clash

BRIAN MURPHY and Tom Kenny are to return to the Cork team for Sunday’s Allianz NHL clash with Waterford at Pairc Uí Rinn.