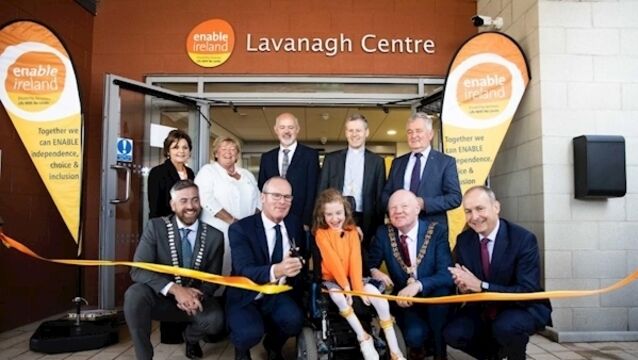 Financial 'sweeteners' in event of no-deal Brexit not of interest, says Tánaiste

Financial "sweeteners" which could be offered to Dublin to pay for extra costs and infrastructure involved in carrying out customs checks between Ireland and the North in the event of a no-deal Brexit are of no interest to the Government with Tánaiste Simon Coveney insisting that the issue is "not about money."

Racing embracing change but what about Irish gambling laws? 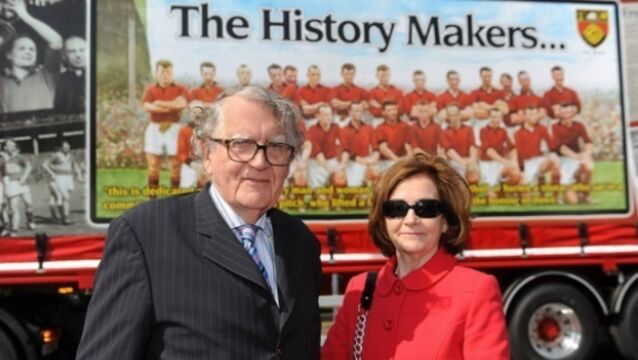 Remembering Dr Maurice Hayes: ‘He treated everyone with the respect and dignity that people deserve’

It&rsquo;s not everyone that has the President of Ireland attend their funeral, but Dr Maurice Hayes, who passed away at the age of 90 a couple of days before Christmas, lived enough for several men.

Decisive weekend for France and for Europe

Terry Prone says Andrea Leadsom &lsquo;has provided a neat case study in mumhood self-delusion, claiming an accretion of extra wisdom as a result of giving birth, which was provably absent&rsquo;.

There is a dark underbelly to the character of Boris Johnson

Has history ever known a leader like Boris Johnson? He is a phenomenon of the modern age, says Michael Clifford

Seven women who played a key part in 1916 and beyond, impacting on society

Sinead McCoole takes a look at seven women who helped shape the events of 1916 and who would go on to make a dramatic impact on Irish society.

Checking out the bright lights of New York

No one quite does Christmas like New York, with a wonderful festive feel and some cracking bargains to boot, writes Vickie Maye.&nbsp;

Since quitting her full-time job, Andrea Mara realised her kids have been living cossetted lives. And so she set about being a &lsquo;free range parent&rsquo;, trying to build kids that will be &lsquo;can-do&rsquo; adults.

A sign of the Times: Confusion over newspapers’ font online

The Irish Times and The Times are two completely different newspapers and no-one&rsquo;s going to confuse them - or, at least, a court ruled this week that the Dublin newspaper was not entitled to an injunction against the new entrant.

Paper claims it is ‘entitled’ to use words ‘Irish Edition’

The London Times has alleged before the Commercial Court it is legally entitled to use the words &ldquo;Times&rdquo; and &ldquo;Irish Edition&rdquo; in promoting a new digital Irish edition of the UK newspaper.

Horse racing, the Sport of Kings exists in an odd netherworld

Chances are that, like the vast majority of those who delve into the sports page for a daily dose of sustenance, your annual digression into the world of horse racing has come and gone in the past week.

Reporter shot twice in leg in Syria to prevent escape

A reporter for the London Times has been shot and a photographer badly beaten after they were double-crossed and kidnapped by rebel fighters in Syria, the paper reported tonight.

Perfect six for the queen of Cheltenham

Six years, six wins, all in the same race.

No mention of ‘dodgy dossier’ in Alastair’s book

It was ludicrous how Alastair Campbell, Tony Blair’s spin doctor, was feted by the media and others when he arrived here to launch his new book, The Irish Diaries.

Most women if given the choice would actually stop working when they have young children, according to straight-talking Ryanair boss Michael O’Leary.

It takes a team of 20 professionals and up to three hours of work to make a supermodel look good enough for a photo shoot, a film aimed at teenage girls has revealed.

The Government has rejected claims in a British newspaper that Ireland received a “back door bailout” from the UK to cover losses in Ulster Bank.

A look at life in Ireland's 'Downton Abbeys'

So what was life really like inside the ‘Downton Abbeys’ of Ireland?

Many killings were both brutal and unprovoked

Nuisance. Pest. Pain in the arse.

THE Irish Mail on Sunday asked shopkeepers to display a Sunday Tribune lookalike edition on empty spaces previously reserved for the defunct newspaper, a court has heard.

The Irish Mail on Sunday asked shopkeepers to display a Sunday Tribune look-alike edition on empty spaces previously reserved for the defunct newspaper, a court has heard.

Frank’s ashes to be spread at special location

THE ashes of Pulitzer Prize-winning author Frank McCourt will be scattered today at a very special location in his adolescent life in the Limerick countryside.

One man and his wild side

YOU might be forgiven for thinking that this is a book about natural history, particularly because each chapter has the title of a different animal or bird with the common English name followed by the zoological Latin one.

RESPECTED rugby pundit, Stuart Barnes, expects the Lions Test team to be based around the Munster model, describing the European Cup holders as a team of winners.

Damien Enright recalls a strange affair between volunteer and pelican.

THE recent kidnappings of the three Israeli soldiers and the horrific repercussions have a haunting parallel with events in Tralee in 1920.

A foreign national whose identity remains uncertain has been jailed for two years for burglary at a top Dublin hotel and use of a stolen credit card to buy luxury items at city centre jewellers.

READING the British newspapers this week gives one a real sense of déjà vu.

Take him all in all, it will be long ere we look upon his like again

AFTER Abraham Lincoln died in 1865 a joint resolution of the US Congress praised his "qualities of courage, will and indomitable persistence of purpose, which never flagged or faltered ...

SOHAM killer Ian Huntley was officially "eliminated" as a suspect in the murder hunt just six days into the police investigation, a secret report revealed yesterday.

Electronics retailer Maplin could be sold after it emerged today that talks were taking place over a deal thought to be worth £240m (€356.4m).

McCarthy set to stick it out

MICK McCarthy last night insisted he is not about to quit as manager of Ireland.

PINTS of butter beer all round, Harry Potter number five is finally on the way.

NOBODY could blame the people of Soham for wanting to batten down the hatches and shut themselves away from a world which suddenly seems a darker, crueller place in which apparently nobody can be trusted.

Bush is going to war. Yet he still doesn't know how, when, or why

AS recently as January 9 this year, the Independent newspaper in Britain quoted a Pentagon official who stated that, after Afghanistan, the United States would “turn the focus of its anti-terror offensive to countries such as Somalia, Yemen, the Philippines and Indonesia, but not against Iraq”.

US President George W Bush has urged the IRA to honour its commitments to decommission its weapons.