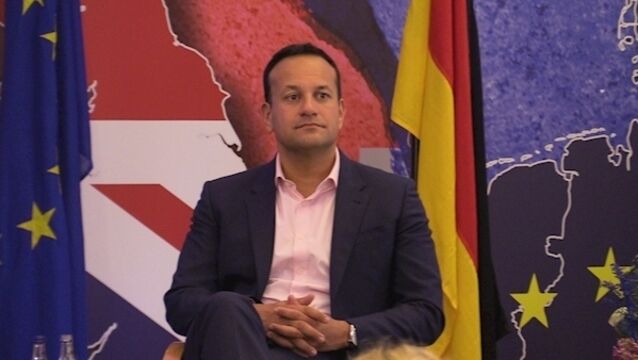 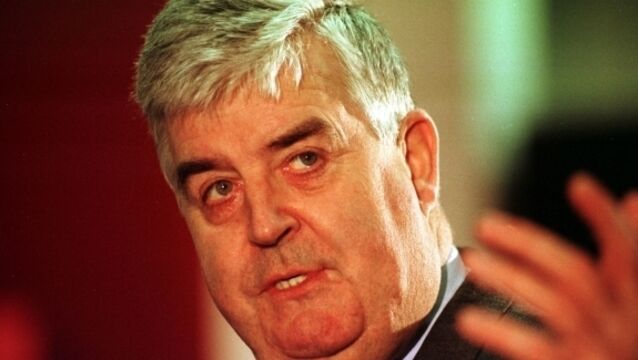 Unionists fail to pay their respects to Reynolds

Did I blink during the RT&Eacute; live coverage of Albert Reynolds&rsquo;s funeral or did no prominent member of the unionist/loyalist community come to Dublin to pay their respects to the former taoiseach?

1971 Lions heroes recall how they tamed mighty All Blacks

The survivors of the ‘battle of Christchurch’ gathered in Dublin on Saturday night to swap old war stories.

Swedish Princess Madeleine fell in love in the Big Apple. Now she has said "yes" to New York banker Christopher O'Neill in a lavish wedding ceremony in Stockholm.

Even in death, sport proves a true celebration of life

For a good four days there, from Saturday morning through to Wednesday, the Facebook feed went unfed and unchecked, Twitter managed to survive without @Rackob and the internet lost a good few hundred page hits.

Duran Duran are planning a new album for 2014.

Memorial to be held for avalanche death climbers

A memorial service is taking place today in the French resort of Chamonix for the climbers killed in an avalanche in the French Alps.

Two more Britons killed in a major avalanche in the French Alps were named by the Foreign Office today.

The euro weakened for a seventh successive day against the dollar as Greek politicians struggled to form a new government after elections raised the prospect of the country withdrawing from the currency bloc.

The mother of the actress Phil Spector was convicted of killing has settled her wrongful death suit against the Wall of Sound music producer, a lawyer said today.

Duran Duran singer Simon Le Bon is now back "right on top of his fitness" after the band's cancelled performances.

THIS week’s edition of the leading Irish newspaper in Britain, The Irish Post, will be its last.

TRUTH and politics make strange bedfellows at the best of times.

ALAN SUGAR was ordered to remove a Twitter post by a High Court judge during a British Tory peer’s expenses fraud trial, it has been revealed.

Families of those killed in the McGurk’s pub bomb have welcomed findings of investigative bias by police, but said the force had more questions to answer.

Police investigative bias led to the IRA being wrongly blamed for a Belfast pub bombing in which 15 people died, the Police Ombudsman said today.

Rapper Tinie Tempah, soul star Plan B and folk-rock act Mumford And Sons will be hoping for glory tonight at the UK's biggest music bash, the Brit Awards.

The Kingdom newspaper is to cease publication with the loss of 11 jobs — its final edition will hit the streets on Tuesday next.

THE Kingdom newspaper is to cease publication with the loss of 11 jobs — its final edition will hit the streets on Tuesday next.

A FORMER Labour MP was jailed for 18 months yesterday over the country’s lawmakers’ expenses scandal, becoming the first person to be imprisoned following the damaging affair which dented public trust in politics.

CONTINENTAL Airlines and one of its mechanics were convicted in a French court of manslaughter yesterday because debris from one of its planes caused the crash of an Air France Concorde jet that killed 113 people a decade ago.

US airline Continental and one of its mechanics were today convicted of causing the Air France Concorde crash that killed 113 people 10 years ago.

America’s Continental Airlines and one of its mechanics were today found guilty of criminal negligence in causing the French Concorde crash that killed 113 people 10 years ago.

STAFF at the Irish Examiner and Evening Echo are to be asked to take a 10% pay cut from October 1 next.

THE Roscommon Champion, Athlone Voice and Longford News, have been closed by the Alpha Newspaper Group which is owned by the former Unionist MP John Taylor and his family.

40 jobs to go as regional papers up for sale

Up to 40 jobs will be axed with the announcement by the Alpha Newspaper Group that it is to shut down three of its titles in the Midlands.

Fake goods sales fall across EU but up 20% in Ireland

PURCHASES of fake goods in Ireland were up 20% last year, bucking a trend which saw counterfeiters take a big hit across the EU on foot of the economic downturn.

'No evidence' of police collusion in deadly bombing

An independent investigation into one of the North’s worst terrorist atrocities which left 15 people dead in a pub bombing found no evidence police colluded with the loyalist killers, it was revealed today.

The defence lawyer for Continental Airlines challenged court experts, the prosecutor, the judge and the plaintiff – Air France – today as a French court wrapped up a trial into the crash of a Concorde supersonic jet 10 years ago.

CONTINENTAL Airlines and five men went on trial yesterday for their alleged role in the crash of an Air France Concorde that killed 113 people in 2000 and ended an era of luxury supersonic travel.

A court today finally began to decide who was to blame for Air France’s 2000 Concorde crash, an accident that killed 113 people and hastened the end of the world’s only supersonic airliner.

A four-month trial aiming to establish the definitive cause of the Air France Concorde crash 10 years ago is due to start tomorrow.

Did highly paid academics object because Bertie would do it for free?

FREE Education for Everyone, with the inapt acronym FEE, organised up to 1,000 student signatures in protest against the appointment of former Taoiseach Bertie Ahern as a visiting professor at NUI Maynooth (NUIM). They called on the college authorities to suspend the appointment, at least until after the publication of the Mahon tribunal report.

The parents of a woman murdered 23 years ago demanded today as to why it took so long for Los Angeles police to focus on one of their top detectives as a suspect.

Call for UK to hand over files on NI pub blast

The British government should hand over files on one of the biggest massacres of the North's conflict to resolve security force collusion allegations, it was claimed today.

A HOSPITAL for people with intellectual disabilities has been ordered to reinstate a worker it fired after he slapped a 12-year-old girl in a wheelchair.

WHETHER building homes, jetting holidaymakers off to the sun or ensuring shops are stocked with the nation’s favourite cuppa, Irish entrepreneurs are in a class of their own.

Yesterday marked the tenth anniversary of the Good Friday Agreement. Some of the events of the past year were unimaginable 10 years ago.

Charlize Theron has become the latest victim of callous thieves who have turned the Hollywood Hills into a hotbed of crime.

Duran Duran are collaborating with Justin Timberlake on their new album.