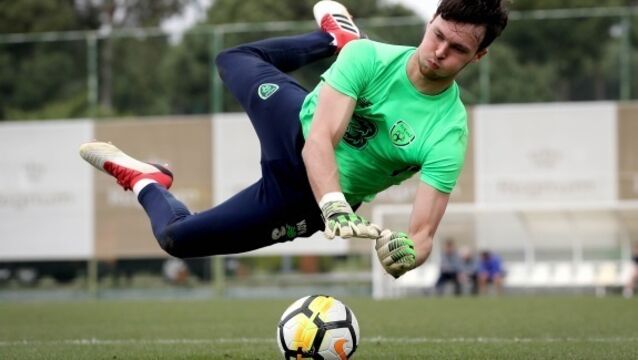 Republic of Ireland goalkeeper Kieran O'Hara is heading out on loan for the seventh time in his Manchester United career. 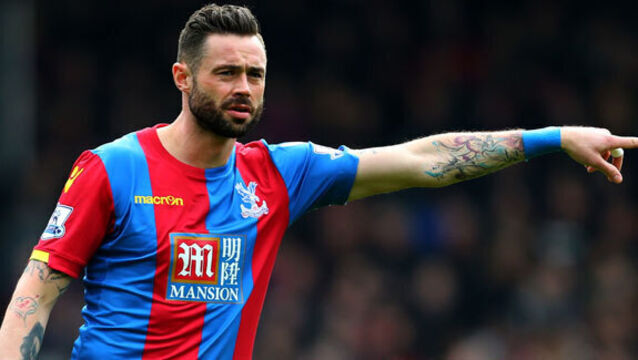 The Munster minor final from 1999 was nothing special. Perhaps the scoreline had standout: Cork 2-16 Kerry 1-8.&nbsp; 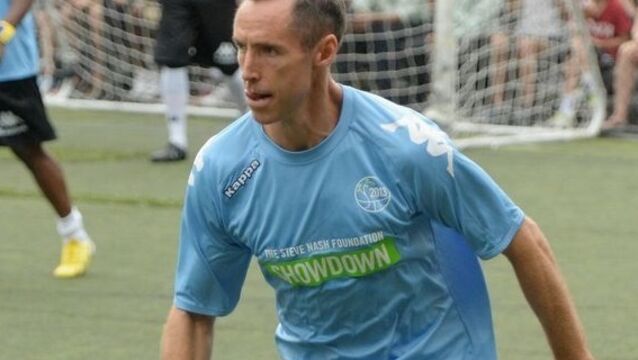 Pirlo, Lampard and co are about to be overshadowed by the latest New York soccer star

Never mind these bandwagon-jumping Johnny-come-latelys at Red Bull and New York City, true Big Apple sawker fans get behind the revived New York&nbsp;Cosmos and Pele&rsquo;s old club have made this week&rsquo;s box-office signing.

Keith Andrews looks to the future with MK Dons

UCD will be looking to move further clear of the relegation zone when they take on Bray Wanderers at the UCD Bowl tonight, kick-off 7.45pm.

IF GIOVANNI Trapattoni could just bottle Damien Delaney’s enthusiasm he’d be at least halfway to qualifying the Republic of Ireland for the next World Cup.

Philippe Saint-Andre, who guided Sale Sharks to their first Guinness Premiership title earlier this year, has put club before country by signing a three-year extension to his contract.

Norwich have released out-of-favour defender Keith Briggs almost two years before his contract was due to end.

Republic of Ireland manager Gerry Smith has given his Under-20s squad a day off today following an impressive 2 - 0 victory over an Al Ain club reserve side last night in the run-up to their first game of the World Youth Championships against Saudi Arabia in Al Ain on Saturday (kick-off 1.45 p.m. Irish time).

Republic of Ireland Under-20 manager Gerry Smith has included 10 players who were in Switzerland last week for the European Under-21 Championship qualifier in a squad of 18 for an Under-20 friendly against Italy in Tolka Park on Wednesday, October 29.

NORTHERN IRELAND manager Sammy McIlroy has been given permission to talk to Second Division Stockport County about taking over the vacant manager’s position at Edgeley Park.

Northern Ireland manager Sammy McIlroy has been given permission to talk to Second Division Stockport County about taking over the vacant manager’s position at Edgeley Park.

O'Brien and Connolly get starting chance

Givens can choose from full squad for U21 Russian game

Republic of Ireland U21 manager Don Givens has a full strength squad to choose from for Friday’s European Championship qualification clash with Russia in Waterford (6pm).

Republic of Ireland manager Brian Kerr has named his team to face Australia in tonight’s friendly international at Lansdowne Road.

Republic of Ireland manager Don Givens has included three eircom League players in his squad of 18 for the friendly against Poland on Tuesday, August 19, next in Gdynski (kick-off 5.30pm Irish time).

MANCHESTER CITY’S famous Maine Road stadium went under the hammer yesterday in a seven-hour auction that saw everything go from turnstiles to the boardroom table.

FAI attempt to secure the release of Kohlman

THE FAI are involved in a tug-of-war with German authorities over the availability of Borussia Dortmund player Patrick Kohlman for Monday’s U-21 friendly international between Ireland and Germany in Turners Cross.

Givens: I told them we should be ashamed of ourselves

Don Givens has made two additions to the Republic of Ireland under-21 squad for the European 2004 Championship qualifiers against Georgia and Albania in a fortnight’s time.

Only one Eircom league player named on youth squad

IRISH youth team manager Gerry Smith has announced the squad of 20 Irish players who will travel to the United Arab Emirates next month for the Under 20 World Youth Championship finals.

The Republic of Ireland squad for the World Youth Championship finals in the United Arab Emirates at the end of March has been announced.

Manager Don Givens has retained Shelbourne’s Wesley Hoolahan in his squad of 18 for Ireland’s U21 friendly match against Scotland at Kilmarnock’s ground at Rugby Park on Tuesday, February 11.

Republic of Ireland youth manager Brian Kerr is having difficulty in forming his squad of 20 players for next week’s Under-20 four-nation tournament in the United Arab Emirates.

CORK CITY are hopeful centre-forward John O'Flynn will follow the example of his centre-back colleague, Dan Murray and will extend his contract with the club beyond the next two seasons.

Kerr makes changes to U-20 squad

Republic of Ireland manager Brian Kerr has been forced to make five changes in his squad of eighteen players for two friendly matches against Slovakia and the Czech Republic next week.

McGuinness, Houlihan stay in Under-21 squad

Manager Don Givens has retained his two eircom League players, Jason McGuinness (Bohemians) and Shelbourne's Wesley Houlihan in his squad of eighteen for the Republic of Ireland's second game in the 2004 European Under-21 Championships against Switzerland at Buckley Park, Kilkenny, on Tuesday, October 8 (kick-off 7.30 pm).

Trio back on U21 duty

Republic of Ireland Under-21 boss Don Givens has included three players with senior international experience for the opening European Championship clash with Russia at the Torpedo Stadium in Moscow on September 7.

MANCHESTER UNITED’S John O’Shea will captain the Irish U-21 team against Finland in Helsinki on Tuesday, August 20, the eve of the senior international match.

Republic of Ireland goalkeeper Alan Kelly has signed for First Division outfit Stockport County until the end of the season.

West Ham's reward for knocking Manchester United out of the FA Cup is a fifth-round trip to Sunderland.