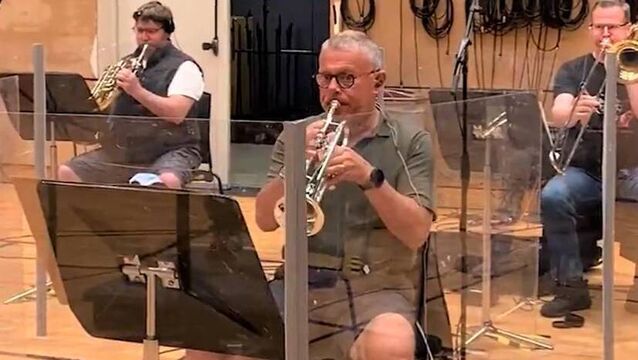 RTÉ jingle shake-up: a new seven-note sonic ID is on the way for the News at One

As Bryan Dobson himself says, "who says you can't teach an old fiddle a new tune?" 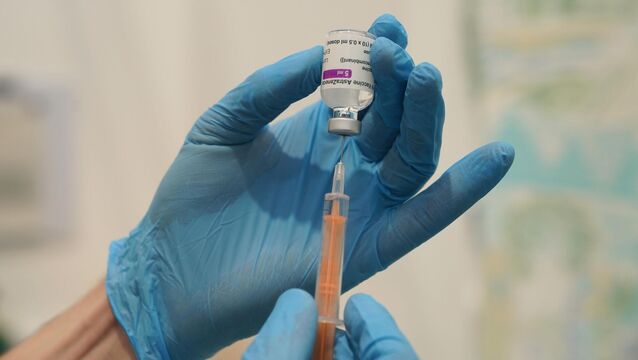 Fears Ireland's supply of AstraZeneca Covid-19 vaccine could be halved 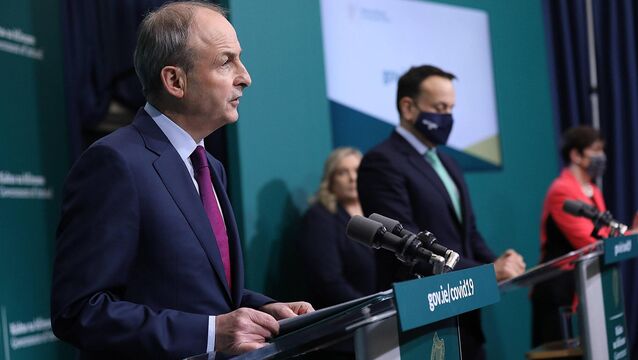 Schools, construction and retail have been ordered to close until 'at least' January 31, with Tánaiste Leo Varadkar warning businesses to prepare for a much longer closure.

Sinead Mooney presents and produces Playback on Saturday mornings on RTÉ Radio 1. She has been working in radio for the past 16 years, and is originally from Mayo.

Leading officials within the GAA and the Department of Transport, Tourism and Sport (DTTS) are irate at the solo-run which gave the impression the testing of inter-county players would be prioritised so as to facilitate a return to training.

“I'm kind of aghast at where this story has come from.”

Expert: Government will need ‘millions of masks will be needed’ before re-opening economy

Prof Edgar Morgenroth formerly worked at the Economic and Social Research Institute and is a leading expert on international supply chains.

The decision by broadcaster Seán O’Rourke to retire as he approaches his 65th birthday is undoubtedly a blow not just to RTÉ but to the hundreds of thousands of listeners who admire and enjoy his morning radio show.

Broadcaster Sean O’Rourke has announced that he will retire as presenter of RTÉ Radio 1’s Today programme.

Jess Casey: It will take a major logistical operation to reopen our schools

The suggestion that schools may begin to partially reopen shortly has left many in the education sector scratching their heads, writes Jess Casey.

Sports lovers are set to relive some classic moments in the coming months as RTÉ plans to screen the best of All Ireland finals, Champions League, Six Nations and hockey highlights.

People across the country are being urged to "Shine Your Light" at 9pm tonight to honour frontline staff and healthcare workers tackling the Covid-19 pandemic.

30 formal complaints were made about chat show but none upheld

We're in the eye of a Covid-19 storm but given our history of supporting one another in difficult times, there's every reason to believe we'll get through this crisis.

Ellie O’Byrne sits down with three figures with roles in legendary Cork band Nun Attax' trajectory, and legend-in-the-making that was sadly never to be.

Coronavirus: ‘We must learn from Italy to protect those at the coalface’

As Ireland faces its biggest ever public health emergency, Maresa Fagan looks at the critical role PPE is playing in the battle to contain and eradicate Covid-19 and how it could mean the difference between life or death for those at the coalface at home and abroad.

A leading lecturer in retail management has warned people not to panic and stockpile goods in the context of the outbreak of the coronavirus.

A Question of Taste: John Blek

Cork singer-songwriter John Blek launches his fifth album, The Embers, with a gig at Triskel Christchurch on Saturday. His song Salt in the Water was nominated for “International Folk Song of the Year” at the Folk Alliance International 2018 Awards and his previous record Thistle & Thorn reached number 1 in the Independent Irish album charts.

'There were angry mobs on the road': Irish GP among volunteers attacked on Greek island

An Irish doctor volunteering in a refugee camp in Greece was among a group of volunteers who were attacked by a mob wielding planks of wood and baseball bats last night.

Holohan: We are expecting to see cases of coronavirus in Ireland

Brian Hassett is from Blackrock in Cork, and has been involved in various aspects of music in multiple guises.

RTÉ have announced the death of broadcaster Keelin Shanley following an illness.

RTÉ have paid tribute to the late Marian Finucane as the latest JNLR figures show the presenter gained 19,000 listeners to her in the three months before her passing.

'No one' from Sinn Féin has contacted family, says mother of murdered Paul Quinn

Nobody from Sinn Féin has contacted Paul Quinn’s family, according to the murdered 21-year-old’s mother.

As Stockton’s Wing release a retrospective album, Mike Hanrahan tells Donal O’Keeffe about getting back on the road, and his love of cooking ...

Jim Murray is a guitarist, originally from An Muine Fliuch, Co Cork.

A question of taste: Leslie Dowdall

Leslie Dowdall is the former lead singer with In Tua Nua. Nowadays, as well as performing solo, she is a music teacher with Music Generation Wicklow.

Air ambulance: Surprising that 'vital service is facing a difficulty'

A mother whose toddler son was saved by air ambulance crew said she had never thought about the service until she needed it.

'We stayed on beach while fires burned around us': Irish man in Australia recounts wildfire horror

An Irish man living in Australia has spoken about his experience after being caught up in the wildfires ravaging the eastern coast of the country.

Our contributor Don O'Mahony selects his entertainment highlights of the year

It was a little dispiriting to find that Martin Scorsese’s magisterial The Irishman was more discussed for its running time and the furore generated around the amount of dialogue portioned to Anna Paquin.

Rugby’s governing body has ruled out buying the FAI’s stake in the Aviva Stadium after speculation that such a move could provide a short-term measure to ease the crisis-ridden sporting body’s financial woes.

Ross indicates support for splitting the FAI in two

“I'm open to talk to anybody who has got constructive suggestions about the FAI, because the FAI is a complete and utter basketcase."

Broadcaster John Bowman to be made Honorary Corkman; Tom Cavanagh to be inducted into Hall of Fame

Historian and broadcaster John Bowman is to be made an Honorary Corkman while businessman and philanthropist Tom Cavanagh will be inducted into the Hall of Fame at next month's Cork Person of the Year awards.

'I found myself, uncharacteristically, having to take very deep breaths every so often,' says Toy Show host

Ryan Tubridy has opened up about the Late Late Toy Show, which moved the nation last Friday.

TV presenter Glenda Gilson has been unveiled as the first celebrity taking to the floor in the new series of Dancing With The Stars.

Cody: Gavin's replacement must 'not try to be Jim Gavin'

Brian Cody, the most successful GAA manager of all time, has urged Jim Gavin's replacement in Dublin to be himself and to not fall into the trap of attempting to emulate his predecessor.

A Question of Taste: Joan Diver, drummer with Screaming Orphans

The legendary broadcaster passed away at the age of 85 following a long illness.

'I lived my dream': Gay Byrne reflects on life and regrets

In May of last year, Gay Byrne made a surprising admission that he regretted the length of time he spent working for RTÉ, to the detriment of family life.

Five afternoons a week, she dominates the airwaves with Drivetime. Yet we know very little about broadcaster Mary Wilson. Pat Fitzpatrick visits her at her home in Dun Laoghaire, for a taste of her life away from RTÉ.

Kevin Barry, Jamie Heaslip, Donal Skehan and Andrea Corr are just some of the people shortlisted for the An Post Irish Book Awards

RTÉ Radio One stands as Ireland’s most listened to station with a weekly reach of over one million people.