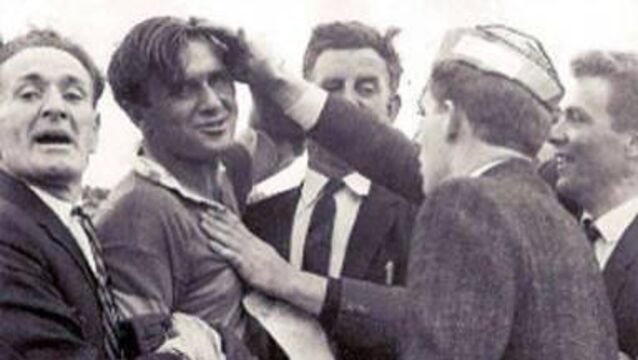 Munster Final 1951: 'If that's Christy Ring's hurley, Ring isn’t coming in for it'

This extract from the John Doyle biography — Doyle, The Greatest Hurling Story Ever Told by John Harrington — covers the 1951 Munster final between Tipperary and Cork, regarded as one of the greatest ever games. 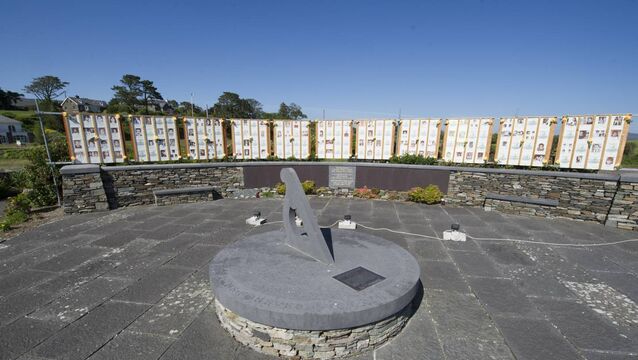 Today marks 35 years since 329 people died when a bomb exploded on an Air India flight 120 miles off the Cork coast. 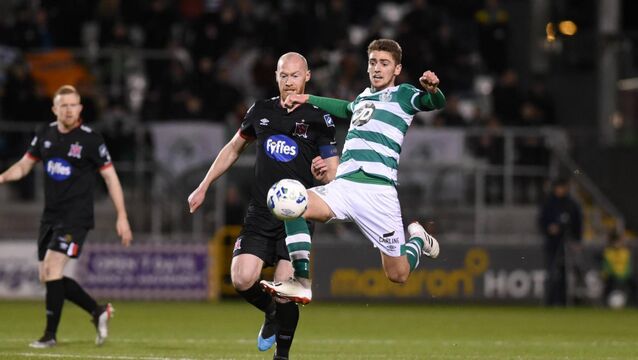 A return of the League of Ireland remains in doubt after it emerged yesterday that the FAI’s financial package, believed to total €1.7m, included as well as scheduled Uefa solidarity payments, a proposal that last year’s top four finishers — Dundalk, Shamrock Rovers, Bohemians and Derry — would contribute €100,000 each from their European prize money.

Mental health funds must double in face of post-Covid 'tsunami'

Doctors working on the frontline of mental health services say a doubling of funding is needed to deal with the “tsunami” that will follow the Covid-19 pandemic.

Not every elite Irish athlete will be bursting through the doors of their training base next week.

B-Side the Leeside: Nine Wassies from Bainne and 'the struggle'

Don O’Mahony talks with Giordaí Ua Laoghaire about the offbeat outfit he headed up, and some of the most innovative Irish music of the 1990s.

Philip Doyle: ‘This is when you have to step up and do your bit’

Medicine comes first and rowing second but that doesn’t mean Philip Doyle can’t give everything possible to achieving his goals in both fields, even in the midst of the worst health crisis the world has seen in a century.

Gardaí are planning to put “a ring of steel” around a Cork town to prevent a well-known horse fair taking place amid fears it would be a hotbed for the transmission of Covid-19 if it went ahead.

"I went through a phase where I’d dislocate the very top of the fourth finger on my catching hand, just taking the eye off the ball."

Fr John Kenny has found a new fun way of “being church” during the coronavirus pandemic.

It is 25 years today since the first episode of Father Ted aired on Channel Four.

110 apartments have been secured and 110 individual hotel rooms.

Bachasson bounced back to winning ways in the feature event on what proved to be the final day’s racing in Ireland for at least several weeks at Clonmel yesterday.

Fianna Fáil's Finance spokesperson Michael McGrath has said the country does not need “some complex, cumbersome scheme” regarding a freeze on mortgage payments.

Second-half goals saw Galway United past the challenge of Athlone Town in the opening round of the EA Sports Cup at Eamonn Deacy Park last night.

Club Call: How you fared at the weekend

How you fared at the weekend

Doctors are no longer accepting walk-in appointments in a bid to protect staff and patients from coronavirus.

Medical Council: Doctors have 'ethical duty' to protect themselves and patients from coronavirus

President of the council, Dr Rita Doyle, was responding to growing concerns about Covid-19 in Ireland.

Having made it all the way to the quarter-finals, Fr Ray Kelly has danced his final dance.

Killian Doyle scored 1-14 as Westmeath retained their Division 1 status and in the process relegated Carlow back to Division 2A for next season.

Liam Mackey: What Katie McCabe does next...

"We're just taking it one game at a time…" Can there be a more soporific, stultifying and soul-destroying nanny goat in all of football?

HSE: Social media posts may deter people from being tested

The HSE is concerned that “inappropriate” postings on social media have come close to identifying people and could make other people reluctant to come forward to be tested for coronavirus.

Dr Sarah Doyle, Consultant in Public Health Medicine told the HSE press briefing that "many people" are being asked to self-isolate, for the protection of public health.

Finance Minister Paschal Donohoe has paid tribute to David Doyle, former Secretary-General of the Department of Finance, who has died.

Behind every good political leader stands a formidable adviser, ready to steer a party through the darkest days and to guide its members to victory during the good ones.

Cork County Council has elected a new mayor and welcomed four new councillors who were co-opted onto the local authority to replace members who have been elected to the Dáil.

Leitrim have no answer to Offaly's second-half surge

At the third time of asking, Tipperary recorded their first win of the Allianz Hurling League as they put Westmeath to the sword at Semple Stadium.

Despite suffering a heavy defeat to Six Nations holders England at Castle Park, Doncaster, captain Ciara Griffin insists the Ireland women’s team are closing the gap to the Red Roses.

Playing into the teeth of a gale in the second period, Tralee CBS looked in right trouble of suffering a third Corn Uí Mhuirí final defeat in four years

Covid-19 — the coronavirus that originated in China, is now a notifiable disease.

New Mayor of County Cork to be selected on February 24

A new Mayor of County Cork will be selected on February 24 by which time it may be clearer as to who will replace three county councillors who have won seats in the Dáil.

Four players to watch out for during the Ashbourne Cup weekend

Here are just some of the big names that will be taking part.

Sean Doyle told the Irish Examiner that as Aer Lingus takes delivery of new, smaller aircraft with fewer seats, it will reevaluate prospects for transatlantic flights.

Ben Brosnan was the Wexford key attacker as he punished the opposing defence at every opportunity in what was a faultless attacking display.

Gardaí hope to bring charges as early as this evening in relation to a fatal stabbing of a father in Wexford at the weekend.

Gardaí in Co Wexford are investigating all of the circumstances surrounding the death of a 33-year-old man following a stabbing in a house in Gorey.

NUIG’s first-half blitz too much for 14-man CIT

An uninterrupted seven-point first-half scoring burst set NUI Galway on their way to the quarter-finals of the Electric Ireland Fitzgibbon Cup as they proved superior to CIT last night.

People are being warned to be cautious of information on mental health being distributed by a Scientology-linked group.

TJ Reid was tight-lipped about the identity of the “ex-Kilkenny hurler” who helped Ballyhale Shamrocks prepare for the All-Ireland club final against Borris-Ileigh on Sunday.