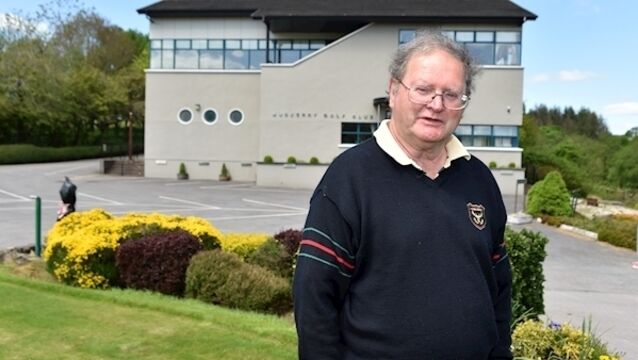 Martin Lehane: A lifetime of fairways and friends

If Muskerry Golf Club's Martin Lehane was the self-professed 'worst pro of all time', how come over 500 members came out to honour him when he retired? Tony Leen charts a Tin Cup-type affair 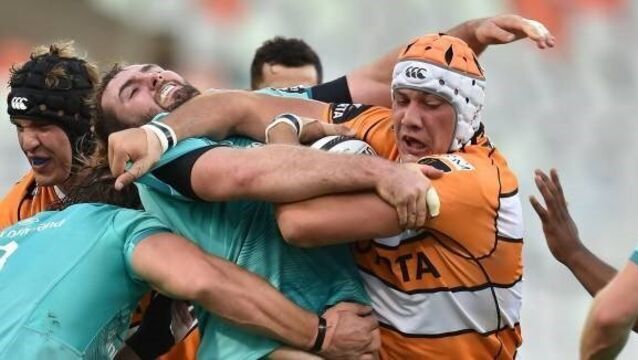 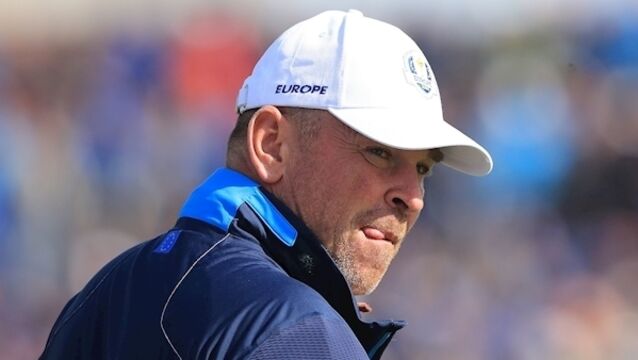 Brookline and Medinah loomed large in the minds of 2018 captains Thomas Bjorn and Jim Furyk on Saturday night as they considered the 10-6 lead Europe hold over the United States going into Sunday’s singles session at Le Golf National.

The inevitable search begins for a Ryder Cup fall guy

From antagonism to Zinger: A-Z of the Ryder Cup

Kevin Markham gives an A-Z to get you in the mood for the excitement of the Ryder Cup.

Owners of iPhones and parents of children who have them have been urged to check the settings of a feature on the device which could mean they receive unsolicited explicit images.

Rory McIlroy and his European teammates are bracing themselves for the mother all warnings against complacency from captain Paul McGinley ahead of tomorrow's pivotal Ryder Cup singles matches.

Ryder Cup captain Paul McGinley has thrown down the gauntlet to Pádraig Harrington to produce the form that will make a pick on Europe’s team to face the United States at Gleneagles this September.

McGinley to leave book on the shelf

Paul McGinley has vowed not to cash in on his stint as Ryder Cup captain by writing a book detailing what goes on behind the scenes at Gleneagles.

Paul McGinley has vowed not to cash in on his stint as Ryder Cup captain by writing a book detailing what goes on behind the scenes at Gleneagles.

Christy O’Connor Junior, who will always be remembered for the 2-iron shot at the 18th hole at The Belfry that enabled Europe to retain the 1989 Ryder Cup, believes it will be a “disgrace” and a demonstration of “anti-Irishness” if Paul McGinley isn’t appointed captain of the team to defend the trophy at Gleneagles in 2014.

As if there’s not enough heartache for fans of American professional golf, given yet another deflating Ryder Cup performance by their heroes, here’s a sobering thought to make them even sicker: Had Mark James done a more thoughtful job with his singles lineup in 1999 and had Luke Donald not been sidelined in 2008 and captain Nick Faldo been more in tune with things, we very likely could be at nine straight European wins in the biennial competition.

Spirit of Seve key to glory

Belief is a valuable asset in any walk of life and golf more than most.

Bradley the one who can redeem Big Phil

Smyth the wizard of Woburn again

Des Smyth won his second Travis Perkins plc Senior Masters title in three years with a superb four under par 68 in the final round at Woburn.

Lawrie in form of his life for Ryder return

Paul Lawrie believes he is in the form of his life with the Ryder Cup only a month away.

THE BBC were forced to apologise yesterday after co-commentator and former Ryder Cup captain Mark James suggested that, given Northern Ireland’s golfing purple patch, “maybe they will stop fighting each other”.

Garcia feeling the love at Sandwich

SERGIO GARCIA is in a happier place than he was 12 months ago and hopes images of the late, great Seve Ballesteros emblazoned around Royal St George’s will provide additional inspiration for this week’s British Open.

Monty may not be one cup wonder

Thomas Bjorn, chairman of the body that will decide the next Ryder Cup captain, does not rule out Colin Montgomerie being asked to stay on.

The first thing to do?

His battling qualities are legendary, but the US Ryder Cup captain also has a reputation as a hothead and being thin-skinned. Simon Lewis wonders wether will he keep the latter emotions in check this weekend?

Mick McCarthy paid tribute to the contribution of his Wolves’ youngsters after Wanderers squeezed past Southend and into the Carling Cup third round last night.

AFTER spending two weeks on a sun-drenched island off Jamaica with 12 Ukrainian beauties, British multi-millionaire Paul Downes went off the rails.

Thomas Bjorn is tonight expected to quit one of the most important jobs in European golf, a week after his scathing criticism of Irish golfer Padraig Harrington.

Bjorn on the brink of resigning

THOMAS BJORN is on the verge of resigning as chairman of the European Tour’s players committee just a week after his scathing attack on Pádraig Harrington.

ONE of the mysteries surrounding British & Irish and European Ryder Cup teams is that this country hasnever been honoured with the captaincy.

BALLYBUNION, one of the world’s finest links courses, will be the ideal home to the 13th AIB Irish Seniors Open which begins on Friday.

FORMER Ryder Cup players Eamonn Darcy and Des Smyth will hope to follow the example of Shane Lowry and provide a home winner when the pair tee up in the Irish Seniors Open in association with Fálite Ireland and AIB Bank next week.

Irish in touch with leader in Portugal

England’s Ross McGowan was the man to catch again when the Estoril Portuguese Open began today as Irish golfers maintained a close chase.

Poor start for Torrance in Portugal

Sam Torrance’s 705th event on the European Tour – a record by more than 80 - did not begin in the manner he envisaged today.

Do not expect Colin Montgomerie to become an assistant to Nick Faldo at the Ryder Cup next month if Faldo does not pick him for the team on Sunday night.

Rattled investors gave Vodafone a stock market hammering today after the mobile phone giant warned of revenues at the bottom end of hopes.

THIS week’s British Open will eventually be remembered for who wins it, rather than who is injured and misses it.

Darren Clarke believes Nick Faldo will make a “sensational” Ryder Cup captain - whatever opinion opposite number Paul Azinger or anybody else has of him.

Garcia tops bill - but race is on for Tour places

Sergio Garcia is the star attraction at this week’s Majorca Classic – but the battle to stay alive on the European Tour could steal the show at Pula Golf Club.

For Seve Ballesteros, the golf course, in competition, is where he is meant to be. Simon Lewis found him loving his new challenge.

SEVEN years after being overlooked for a Ryder Cup wild card, Sweden’s Robert Karlsson yesterday took a massive step towards an automatic place in the European team.

Romero shares lead after fine round

Robert Karlsson moved into contention for a Ryder Cup place after surviving a mid-round stumble to claim his sixth European Tour title at the Celtic Manor Wales Open.

Sweden’s Robert Karlsson will take a commanding six-shot lead into the final round of the Wales Open.

Former Ryder Cup captain Mark James is backing Europe to retain the famous trophy at the K Club in September.

Lehman hoping to put Brookline behind him

American Ryder Cup captain Tom Lehman wants his behaviour at the 1999 match in Boston to become “a dead issue” by the time he leads his side in Ireland this September.

HAVING ousted the holders Enniscrone in Thursday’s semi-final, Moate overcame Newcastle West by three and a half matches to one and a half to capture the BMW sponsored Irish Mixed Foursomes at Monkstown Golf Club yesterday.

Allen Doyle overcame a nine-shot deficit to fire an eight-under-par 63 and clinch the US Senior Open.

Irishman Adrian Morrow, a member at Portmarnock Golf Club, won the silver medal which goes to the leading amateur who completes four rounds of the Senior British Open Championship.