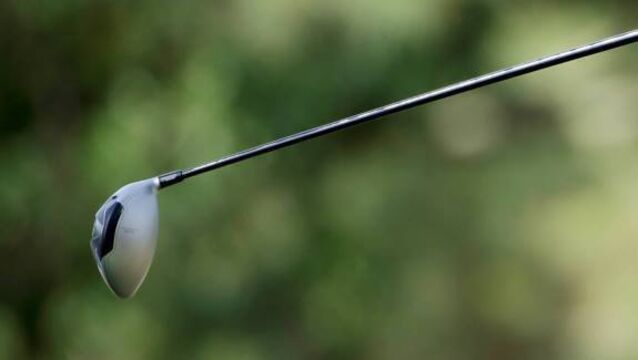 Lee Slattery had the consolation of making it home in time for the birth of his daughter after missing out on a third European Tour title in the D+D Real Czech Masters. 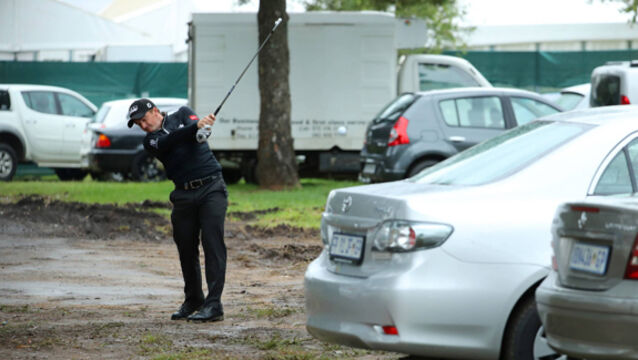 English duo Aaron Rai and Paul Waring carded matching rounds of 65 before bad weather forced play to be suspended in the first round of the Joburg Open. 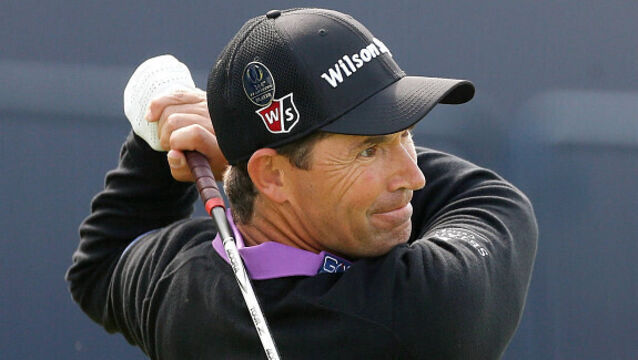 P&aacute;draig Harrington admits he may need to undergo surgery on a troublesome shoulder injury to ensure he gets back to fitness in time for the Irish Open and the Open at Royal Birkdale.

Flawless 64 moves Charl Schwartzel into contention at the Tshwane Open

Former Masters champion Charl Schwartzel is relishing a return to action against the rising stars of South African golf after taking the longest break of his career.

Ireland&rsquo;s Paul Dunne is hoping to make himself a regular fixture on the PGA Tour as he prepares for the Farmers Insurance Open at Torrey Pines this weekend.

South Africa&rsquo;s Haydn Porteous carded a final round 69 to win his first European Tour title at the Joburg Open yesterday.

Paul Dunne is in position to challenge for his maiden European Tour win and a third successive Open Championship appearance after carding a career low 63 in the second round of the Joburg Open.

Kevin Phelan may like to hit the ball 25 yards further but it&rsquo;s the six inches between his ears which concern the new Mount Juliet touring professional more that his driving distance.

Eagle-eye Phelan gets off to a flyer in Munich

The distance between the Munchen Golf Club and Mount Juliet may be around 1,400 kilometres but Kevin Phelan felt right at home on the opening day of the BMW International Open.

Links life has its rewards for focused Kevin Phelan

Feeling comfortable in one&rsquo;s surroundings is the key to success in many things in life and for Irish golfer Kevin Phelan life is pretty good heading into an Irish Open at Royal County Down midway through a successful second season on the European Tour.

Waterford&rsquo;s Kevin Phelan carried on from where he left off last week by carding an opening 67 to claim a share of the lead in the Africa Open at East London Golf Club in South Africa.

Harrington on the rise

Hopefully Harrington can relax enough to enjoy his return to the Masters at Augusta next month and get back to his best.

After being &lsquo;summoned&rsquo; to dinner by his long-time mental coach, Padraig Harrington rekindled the form that earned him a first PGA Tour success virtually across the road from this week&rsquo;s Honda Classic host venue.

Damien McGrane has played in two British Opens, but he could be on course to make his third appearance at Royal Liverpool in July after opening with a five under 66 in the Joburg Open at Royal Johannesburg and Kensington in South Africa.

A new match-play event between Europe and Asia, the EurAsia Cup presented by DRB-HICOM, will be part of the 2014 European Tour schedule.

South Africa’s Richard Sterne and Trevor Fisher Jnr are tied for the lead at the halfway stage of the Joburg Open, three shots clear of the chasing pack.

An eight-under-par round of 63 helped the in-form Richard Sterne set the early pace on the opening morning of the Joburg Open.

Pádraig gets a kick out of watching Phil

Professional golfers admit that defending an apparently invincible lead is something they don’t always relish. And that’s why Pádraig Harrington was so impressed by the manner in which his playing partner Phil Mickelson led the Phoenix Open from start to finish at the weekend.

Shane Lowry may be relaxed about qualifying for next month’s Accenture Match-Play Championship but he doesn’t like the idea of facing good friend and world No 1 Rory McIlroy in an opening round encounter.

CHARLIE MULQUEEN: Back to the range for McIlroy after below par Nike debut

Damien McGrane was revelling in the trying conditions before officials called a halt to play and later announced the Commercial Bank Qatar Masters was being reduced to 54 holes.

SOUTH AFRICAN Branden Grace yesterday became the first player since Fred Couples in 1995 to follow his first European Tour win with another.

South African Branden Grace today became the first player since Fred Couples in 1995 to follow his first European Tour win with another.

Olazabal rolls back the years in South Africa

European captain Jose Maria Olazabal still has a chance to kick off Ryder Cup year with his first win for seven years - from the depths of 596th in the world.

For the second day of the Volvo Golf Champions at Fancourt in South Africa, Pádraig Harrington finished with a double-bogey seven and, having also dropped shots on the previous two holes, the Dubliner’s 73 left him, and Open Champion Darren Clarke (68), with eight shots to make up to leader Branden Grace.

South African’s Branden Grace carded a level-par 72 in his final round to win the Joburg Open today and deny Jamie Elson what would have been a remarkable triumph.

Elson makes pitch for Joburg title as McGrane falls behind

England’s Jamie Elson gave himself a chance of winning the Joburg Open after firing a brilliant nine-under-par 63 in his final round today on Royal Johannesburg and Kensington’s East Course.

England’s Richard Finch chipped in for an eagle three on the eighth hole as he maintained his challenge on a rain-shortened third day in the Joburg Open.

ENGLISHMAN Robert Rock beat the weather to take the lead at the Joburg Open yesterday.

Damien McGrane is four shots off the lead on seven-under after three holes of his second round at the Joburg Open in South Africa.

IRELAND’S Damien McGrane and England’s Jamie Elson share the lead after a weather-interrupted first round of the Joburg Open yesterday.

Ireland’s Damien McGrane and England’s Jamie Elson share the clubhouse lead after a weather-interrupted first round of the Joburg Open today.

Ireland’s Damien McGrane fired an eight-under-par 63 to claim the clubhouse lead in the first round of the Joburg Open today.

Next year’s European Tour will again include just one event Ireland, two in England, one in Wales and three in Scotland.

Next year’s European Tour has been confirmed with the Irish Open switching from late July to the end of June, but with a venue yet to be announced.

Europe, you’ve never had it so good

EUROPEAN TOUR chief George O’Grady wasn’t exaggerating when he claimed on Sunday that 2011 has been the greatest year in his organisation’s history.

NEGOTIATIONS about the future of the 2012 Irish Open are ongoing with a June 28 to July 1 date favourite to get the green light according to sources close to the European Tour.

Paul Casey has won the European Tour Shot of the Month award for January for a 265-yard five-wood to eight feet during his Volvo Champions win in Bahrain.

Martin Kaymer stretched his lead to four strokes with a superb start to his third round at the Abu Dhabi HSBC Championship.

Padraig Harrington has been disqualified from his first event of the year today.

PÁDRAIG Harrington’s decision to tinker with some 20 changes to his game over the past six weeks paid immediate dividends yesterday with his lowest ever New Year starting score on day one of the Abu Dhabi HSBC Golf Championship.

Schwartzel leads Harrington by a shot in Abu Dhabi

Charl Schwartzel has been tipped for super-stardom ever since he won a European Tour card just after his 18th birthday in 2002 – and maybe now it is about to happen.

De Vries and Walters out in front

Floris de Vries and Justin Walters took huge steps towards places at the Open Championship after carding seven under par 64s in the first of two rounds of International Final Qualifying from Africa, which began in Johannesburg today.