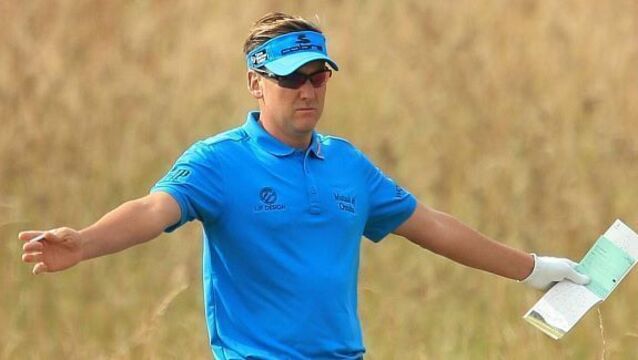 For the second time in 18 months, Ian Poulter was spared at the last minute from losing his tour membership. And both times, it was an American to the rescue. 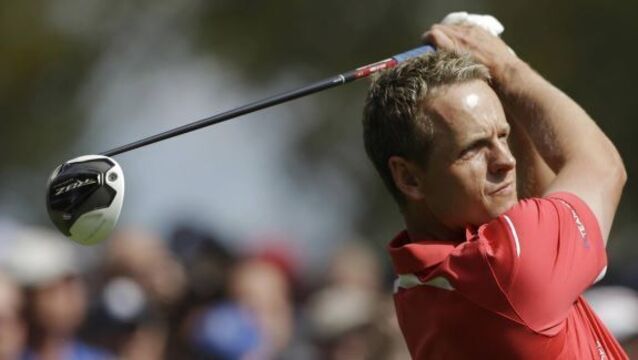 England&rsquo;s Luke Donald narrowly failed to end a four-year title drought on the PGA Tour as he finished in a tie for second at the RBC Heritage in South Carolina on Sunday but said he was &ldquo;really positive&rdquo; about his game. 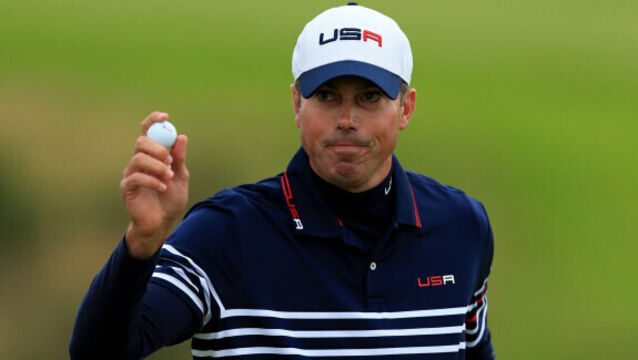 Numbers adding up on PGA Tour for Matt Kuchar

The advice has been passed along for decades on the PGA Tour, and Matt Kuchar believes it has merit. He just doesn&rsquo;t like it.

Will Fota be venue where success-starved Pádraig finally finds mojo?

Texas on his mind, but Lowry home on range

Harrington spots some hope among the bogeys

Pádraig Harrington’s Masters aspirations look more distant after he slumped to an equal worst PGA Tour round in shooting 80 on the final day of the Arnold Palmer Invitational in Orlando.

The promotional catchphrase for this week’s Abu Dhabi HSBC Championship is – ‘Expect the Unexpected’.

Rory: I never want to see as many lawyers again

Rory McIlroy may have seen more than his fair share of bogeys this year, but it’s members of the legal profession he is really sick at the sight of.

Twelve months ago Rory McIlroy arrived in Dubai on the crest of a wave, the world number one having won his second major title by eight shots and being just days away from a fifth victory of the season that secured the money list titles on both sides of the Atlantic.

For fans of Rory McIlroy, it was difficult to know what to make of the mixed messages coming from the world number two during his unfortunately brief appearance at the Irish Open.

When Seve came to Cork

ON August 15, 1983, the great Seve Ballesteros struck a magnificent tee shot at the 11th hole of Cork Golf Club which still resonates with all at Little Island.

Caroline pitches in as Rory tees up for Augusta glory

It is now 14 years since Europe produced a winner of a Masters green jacket, but Rory McIlroy’s timely return to form suggests that wait could be about to end at Augusta this week.

Fowler rockets up leaderboard in Sawgrass

Rickie Fowler has given himself the chance of back-to-back wins after a brilliant third-round charge in the Players Championship at Sawgrass.

Lee Westwood and the normally cool Luke Donald were fuming last night as their hopes of a first major title were left hanging by a thread.

Daly out to avoid nightmare 10 again

LOVE him or loathe him, it’s hard to ignore John Daly.

Manassero’s birthday is one to remember

ITALIAN Matteo Manassero will celebrate his 18th birthday today as the 33rd ranked golfer in the world.

Manassero on the up

Italian Matteo Manassero will celebrate his 18th birthday tomorrow as the 33rd ranked golfer in the world.

THE role of caddie JP Fitzgerald during Rory McIlroy’s final round Masters meltdown is set to form an integral part of the inquest into the collapse of the 21-year-old on Sunday night.

Scott gets back on winning trail in Texas

AUSTRALIAN Adam Scott, left, ended a two-year title drought by shooting rounds of 66 and 67 on Sunday to win the rain-hit Texas Open at TPC San Antonio.

Lee Westwood has reached the world number three position for the first time in his career.

Even before he has made up his mind on whether to turn professional, new Irish Open champion Shane Lowry has been installed at 168th in the world rankings.

Zach Johnson fired a six-under-par 64 last night to claim a two-stroke victory at the Texas Open.

Rory Sabbatini fired a seven-under-par 63 to move to the top of the leaderboard after the third round of the Texas Open.

Chris Stroud moved to the top of the leaderboard at the Texas Open on day two, shooting a six-under-par 64 for a two stroke lead at the halfway mark.

Some fine putting saw Nathan Green bag an opening round of 62 and grab the lead in the Texas Open.

Justin Leonard made a 10-foot birdie putt on the third play-off hole to edge out overnight leader Jesper Parnevik and win the Texas Open on Sunday.

Parnevik continues to lead in Texas

Jesper Parnevik continues to lead the Texas Open after carding a four-under-par 66 in Saturday’s third round of the event.

Jesper Parnevik fired a five-under-par 65 to extend his lead to four strokes after Friday’s second round of the Texas Open.

Jesper Parnevik overcame an opening bogey to shoot a career best nine-under-par 61 at LaCantera Golf Course to open up a four stroke lead at the Texas Open today.

It has taken him three years, three long years, but finally Justin Rose is Augusta-bound again.

IT’S a holiday tradition like no other: Masters invitations are in the mail.

Robert Gamez fired an eight-under-par 62 to claim a one-shot lead after the first round of the Valero Texas Open.

Bryant steals the show from Couples

BART BRYANT spent 20 years trying to prove he belonged among the best, often lying awake at night wondering if three surgeries and too many trips to Q-school were a sign he was wasting his time.

Bart Bryant outplayed a star-studded field to win the Jack Nicklaus-hosted Memorial by one stroke over Fred Couples.

TOMMY ARMOUR III claimed his first PGA Tour win in 13 years and set a scoring record at the same time in the Texas Open at San Antonio.

Golf: Kuchar lays down a challenge

Matt Kuchar fired a seven-under-par 64 to move within two strokes of defending champion Justin Leonard after three rounds of the Texas Open at the LaCantera Golf Course in San Antonio.

Justin Leonard, back in his home state, carded a seven-under-par 64 to build a three-shot lead in his quest for a second straight Texas Open title.