It seems as though every week there is something going viral, but today's masterpiece is truly a masterpiece. 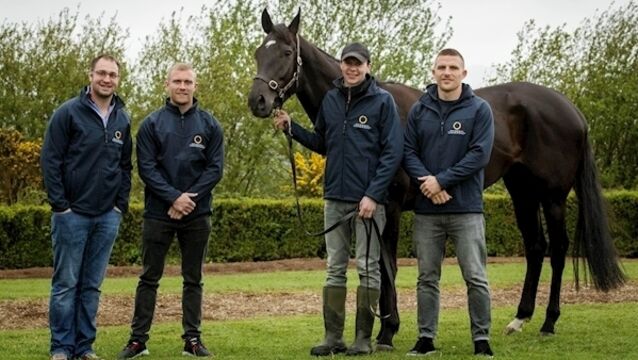 Johne Murphy is best known on these shores as a Munster rugby player who also had a very successful stint with Leicester in England, having learned the game at Newbridge College, Naas, and Lansdowne. 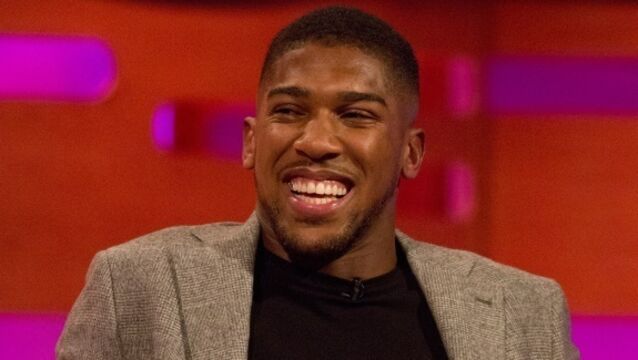 And Tom Hanks stole a line from our Late Late Show

Security will be tight in the Red Bull Arena in New Jersey tomorrow night for the clash between the USA and Ireland but AJ MacGinty is no stranger to being escorted in and out of this fixture.

Baby AJ O&rsquo;Brien never saw the world but it was waiting for him with soft blue blankets and teddy bears and cuddles at the ready.

‘I will look after your mammy’, promises Clondalkin father

Through his grief, a father summoned his strength and made a pledge to his dead children, promising: &ldquo;I will look after your mammy.&rdquo;

The seven-year-old was just getting in the spirit of #Limerick 2020.

Limerick is currently bidding to be the European Capital of Culture in 2020 and yesterday, as the judges arrived, there was a city-wide celebration, with events highlighting all the different elements of Limerick&rsquo;s culture - including art.

Connacht are suffering yet another injury headache with outhalf AJ McGinty ruled out for a month ahead of Friday&rsquo;s meeting with Ulster in Belfast.

Connacht have signed USA international out-half AJ MacGinty for the remainder of the 2015/16 season.

Human rights lawyer Amal Clooney has said she is “absolutely delighted” that the Egyptian president has pardoned two journalists for Al-Jazeera English.

Aniston is auntie for third time; says pressure to be mum is unfair

Jennifer Aniston has become an aunt for the third time.

Good news is always bound to give you that Friday feeling.

EX-MUNSTER and Ireland rugby player Alan Quinlan has a whole new appreciation for the work of sports journalists since he retired in 2011.

A man believes he is Jesus Christ.

Man claims to be Jesus

A man in Australia claims he is Jesus and his partner is Mary Magdalene.

Should this guy have been fired?

Rookie news anchor gets the chop after worst first day ever. Too harsh?

'The Place Beyond The Pines' impeccably crafted

The sins of fathers are revisited upon the sons in Derek Cianfrance’s doom-laden triptych, which reunites the award-winning writer-director with his ‘Blue Valentine’ star, Ryan Gosling.

Johnson out for most of season

QPR striker Andrew Johnson looks set to miss the majority of the season after suffering a serious knee injury during Saturday’s goalless draw against Chelsea.

Are you ready for Celtic Tiger 2.0 - in Barryroe?

IF there’s anyone with an ounce of gumption living in Munster they should already be organising the importation of crate-loads of Stetsons and cowboys boots.

Take it as Red

SINCE retiring from rugby last May, Munster and international player Alan Quinlan has been working in broadcasting and enjoying playing golf.

At least with Sheamus, we know where we stand

Sheamus had the belt and an entire nation’s talent for spoofery was finally rewarded.

RESCUERS in nine dramatic, near-death, water accidents were honoured at an awards ceremony in Dublin yesterday.

Quinlan opens up to himself

Alan Quinlan has fears about his imminent retirement, but after confronting depression, a more relaxed Quinlan will cope just fine.

MUNSTER rugby star and former international Alan Quinlan was yesterday named as the 2010 Tipperary Person of the Year.

Roy Hodgson is bracing himself for several bids for in-form striker Bobby Zamora.

ALAN’S KEY: WALK ON THE LINE, NOT OVER IT

IN 2005, Clive Woodward made a statement prior to picking his Lions squad for New Zealand that you had to be playing international rugby to be considered for Lions selection. This ruled out a lot of players, including Trevor Brennan who was playing some of his best rugby with one of the best teams in Europe, Toulouse. It was a big mistake.

'Best is yet to come,' says Moyes

David Moyes heads into the most important Merseyside derby of his six years as Everton boss insisting he is still searching for perfection.

Andrew Johnson is almost certainly out of Everton’s Barclays Premier League clash with West Ham with the groin injury which forced him off at Fulham last weekend.

AJ back in training

Everton striker Andrew Johnson returned to full training today six weeks after ankle surgery, with boss David Moyes insisting he can be even better next season.

After 8 years, The Sopranos sleeps with the fishes

THE much-awaited conclusion of The Sopranos arrived on US screens on Sunday night in a frenzy of audience speculation — but Irish audiences have to wait a few more weeks yet.

EVERTON fear the battle to keep striker Andrew Johnson at Goodison Park is only just beginning.

Everton striker Andy Johnson sprained his ankle in the Premiership defeat at West Ham, the club have confirmed.

Johnson ‘too scared’ to appeal for penalties

EVERTON defender Alan Stubbs believes Andrew Johnson has been scared off appealing for penalties because of the season-long diving uproar which has surrounded the England striker.

ENGLAND boss Steve McClaren was thrilled by his team’s performance despite a late goal denying them victory over Holland in Amsterdam.

AFTER a week when his honesty inside the penalty area has been questioned in several quarters, Everton striker Andy Johnson has emerged a confused and angry man.

Johnson the final piece of the jigsaw

Everton striker Andrew Johnson was described as the “final piece in the jigsaw” after his two goals helped demolish Liverpool 3-0 at Goodison Park.

The final series of The Sopranos could be missing some of its key characters because the actors want more pay, it was reported today.

EVERTON believe they have made a statement of intent for the future of their club by capturing England striker Andrew Johnson as their new record signing.

AJ 'more than happy' at Palace

Andrew Johnson insists he is happy to stay at Crystal Palace amid reports of renewed interest from Everton.