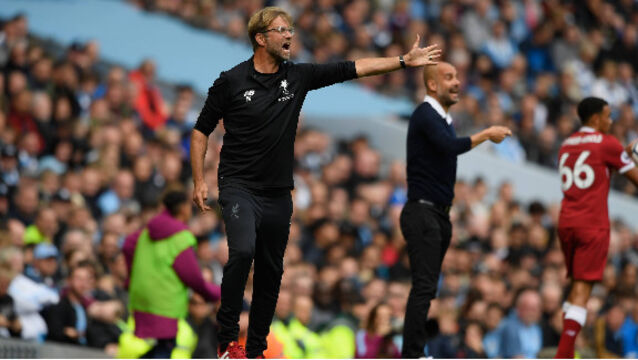 It has been billed as the Battle of Britain &ndash; or at least England. But tonight&rsquo;s showdown in Manchester is more than simply a contest to decide the best English side in Europe, or even which of two rival cities has this season&rsquo;s bragging rights, writes&nbsp;David Shonfield. 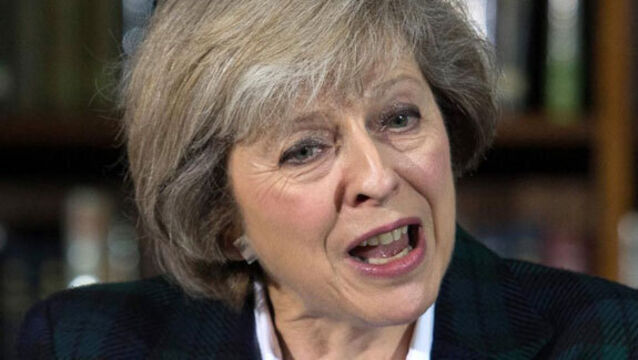 Theresa May is flying to Canada on Monday to lay the foundations for a post-Brexit trade deal amid a continuing furore over the Government's approach to EU withdrawal.

What if Germany had won the war?

12 sporting events to enjoy on TV this Christmas

Corbyn: ‘Don’t take what you are given’

Jeremy Corbyn used his first conference speech as Labour leader to send a message to voters: &ldquo;You don&rsquo;t have to take what you are given.&rdquo;

Can the Irish electorate really handle the truth?

INFOGRAPHIC: The Battle of Britain explained

THIS year marks the 75th anniversary of the Battle of Britain, one of the most decisive clashes of World War II, when a handful of Britain&rsquo;s Royal Air Force pilots fought in the skies over southern England to defeat Germany&rsquo;s Luftwaffe squadrons and ultimately foil Adolf Hitler&rsquo;s invasion plans.

The most outstanding feature of this Irish summer &mdash; coming to an &lsquo;official&rsquo; end this very day &mdash; has been the lack of winged insects.

In service to their country: Moving tales of Irishmen who fought in WWII

Britain&rsquo;s Duke of Edinburgh is courting controversy for apparently using some fruity language as he seemed to lose patience with a dithering photographer.

A rare Spitfire which lay buried on Calais beach for 40 years is on display in London to mark the 75th anniversary of the Battle of France and the Battle of Britain, before being auctioned off for charity.

75 years on, Ryle Dwyer examines the German spy landings that rocked the Dingle Peninsula and the British secret service.

Your daily, spoiler-free guide to what to look out for on the box.

It’s been a tough week in America for sports cheats

So, there it is: Lance Armstrong has admitted to Oprah Winfrey that his dominance of cycling from the late 1990s to the mid-2000s was tainted — to put it mildly — by performance-enhancing drugs.

Mjallby: Big guns hold no fear for us

Celtic will today learn their reward for a memorable Champions League qualifying campaign when the draw for the last 16 takes place in Nyon.

On The Pig’s Back is one of the cornerstones of the utterly revitalised English Market.

Celtic manager Neil Lennon believes plenty of players will consider joining the club following their 2-0 win over Helsingborg last night which took them into the Champions League group stage, but first he wants to reward those who got the Hoops there for the first time since 2008/09.

Check out our tips from today’s horse races across the UK.

CANADIAN billionaire Galen Weston has donated thousands of euro towards the restoration of an RAF Spitfire dug from a Co Donegal bog earlier this summer.

THE darkest and most adult of the Harry Potter movies, Harry Potter and the Deathly Hallows Part II (12A) brings to a close the epic saga of the teenage wizard’s battle against the forces of evil.

THE wreckage of a Spitfire aircraft including its Rolls Royce engine was dug from a peat bog yesterday 70 years after it crashed in neutral Irish territory during the Second World War.

POPE BENEDICT spoke yesterday of how his childhood was blighted by the Nazis as he ended a turbulent visit to Britain.

The Pope today thanked the British people for the “warmth of your welcome” as his historic four-day state visit to the UK came to an end.

POPE Benedict XVI praised Britain’s fight against the Nazis as he gave his first speech of his state visit.

THERE’S a great temptation to quote the Wilde cliche on ‘carelessness’ after Fulham was succeeded by Everton. I’ll stick to blaming Fergie, for his inept tinkering with 10 minutes to go. You truly cannot teach an old dog new tricks.

ALEX FERGUSON, one wag suggested, must have mistaken the Champions League for the Carling Cup in his old age after making 10 changes for a ‘Battle of Britain’ against Rangers; but whatever the reason for his overconfidence he paid a high price with a dour goalless draw and a sickening ankle injury to Antonio Valencia that could keep the winger out for the rest of the season.

German bomber shot down in Blitz to be preserved

WORK is being carried out to preserve a rare German wartime bomber which was discovered on a sandbank 70 years after it was shot down during the Battle of Britain.

World War II anniversary - Horrors that must never be repeated

THIS week we mark the 70th anniversary of the beginning of the most momentous and appalling conflict in human history.

Arsenal and Celtic on collision course

ARSENAL and Celtic could be set to meet for a place in the lucrative Champions League group phase.

Chairman John Reid could not hide his delight and amazement after seeing Celtic paired with holders Manchester United in the group stages of the Champions League.

EUROPE’s oldest man, World War I veteran Henry Allingham, marked his 112th birthday yesterday by enjoying a flypast of fighter aircraft from the Battle of Britain.

More of the same will do Reds nicely

THIS column may be writing itself soon via predictive text.

Manchester United fans’ groups have called on supporters not to cause trouble at Old Trafford tomorrow night.

Suppose the Germans had won the Battle of Britain and invaded England … only to be defeated by the Scots?

Ryan Giggs has admitted Manchester United only have themselves to blame for allowing their Champions League dream to go right down to the wire.

Andrew Murphy, supervising Yeats's Melbourne Cup bid, may not be a 'mathematician or a scientist' but he knows how good Aiden O'Brien's horse is.

MIKAEL SILVESTRE cannot understand why there was ever any doubt over Louis Saha’s ability to score at the highest level.

Celtic and United deadlocked after thrilling first half