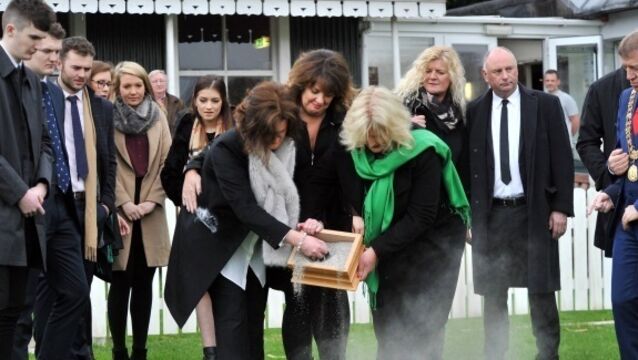 Family of Irish sporting legend delighted to 'bring him home'

The family of an Irish sporting legend who died in the UK 13 years ago said they're delighted he's finally home after scattering his ashes on a famous Cork cricket ground.&nbsp; 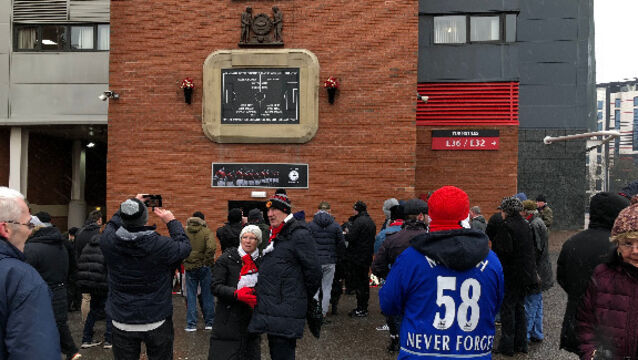 Manchester United stars past and present yesterday stood in silent solidarity at Old Trafford to mark the 60th anniversary of the Munich air disaster. 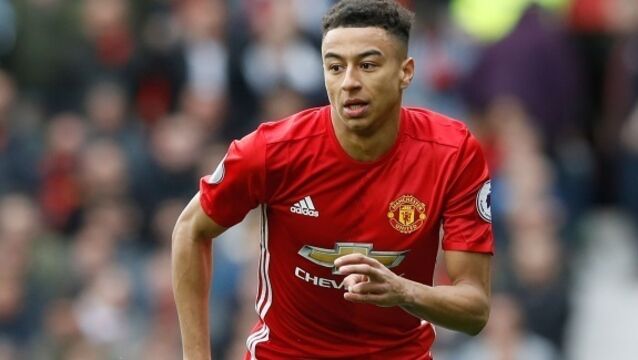 "This is totally unacceptable and does not reflect my personality or views on this emotional day."

‘I’d walk a hundred miles to talk about Jimmy Murphy’

Furniture and collectibles in sale from a Georgian house

'If the plane goes down, we both die. I don’t suppose we’ve got a will sorted?'

To have an airport called after you demands a wider international celebrity most Irish sportspeople simply do not have, writes&nbsp;Paul Rouse.

Des O&rsquo;Sullivan says sale highlight is the earliest ever to come to auction.

The family of an Irish sporting legend said they are deeply moved after a walkway near his childhood home was named in his honour.

Today marks the 57th anniversary of the Munich Air Disaster. 23 people died in total that day, including eight journalists.

With Raul&rsquo;s Champions League goal record firmly in-sight, Ronaldo is not just breaking records but also barriers. Ciar&aacute;n O&rsquo;Connor takes a look at how Ronaldo&rsquo;s performance against Liverpool in Anfield on Wednesday broke the barrier between the fiercest of foes as he was applauded off.

An almost forgotten legend of Irish sport is to get formal recognition in his home city.

Fans and officials of Bohemians took swift action today to clean and cover-up graffiti painted on the Liam Whelan memorial bridge near Cabra in Dublin.

Will Ferguson act first or be forced to react second?

FOR a man often so assured, Alex Ferguson was oddly cautious.

Liverpool manager Brendan Rodgers has confirmed the “fight will go on” even though he admitted not hearing the chanting that ended up scarring today’s tribute to the 96 victims of the Hillsborough disaster.

Liverpool manager Brendan Rodgers expects this weekend’s emotional clash with Manchester United to be remembered for the right reasons on and off the field.

Alex Ferguson fears the emotion of Manchester United’s visit to Liverpool tomorrow could have a negative effect on his players.

Premier League unlikely to act on chants from United fans

Alex Ferguson has called for Manchester United and Liverpool supporters to end the sick chanting that has scarred recent encounters between the teams.

Liverpool manager Brendan Rodgers hopes the publication of the truth about the Hillsborough disaster will end disgraceful and tasteless chants by “idiots” at future matches.

‘Hero’ of Munich Air disaster says he was no John Wayne

Alex Ferguson still expects the Manchester derby to play a part in deciding the Premier League title despite the contrast in form between United and City.

A FOOTBALL yob was handed a suspended jail term yesterday for mocking the Munich air disaster in an official music video to mark his side’s FA Cup game with Manchester United.

Former Manchester United winger and Busby Babe Albert Scanlon has died at the age of 74, the club have confirmed.

McGinley leads after opening round at Wentworth

Paul McGinley’s slide outside the world’s top 150 has not stopped him believing “there is a lot more good golf left in me” – and at Wentworth today he made a lot of other people believe it too.

RICHARD DUNNE earned his manager’s praise after he climbed from his sickbed to drive Manchester City to a magnificent derby victory over rivals United that will live long in the memory of their fans.

Richard Dunne earned his manager’s praise after he climbed from his sickbed to drive Manchester City to a magnificent derby victory over rivals United that will live long in the memory of their fans.

WHEN Manchester United were on the wrong end of a 5-1 mauling at the hands of Manchester City at Maine Road in 1989, it prompted Alex Ferguson to scurry to his home and confine himself to his bed for the weekend, so deep was his disappointment at losing to United’s near neighbours.

On an emotional day at Old Trafford, the names of every one of the 23 who died following the Munich air disaster were displayed around the pitch.

Manchester United midfielder Paul Scholes fears a “minority” of Manchester City fans may spoil the minute’s silence to mark the 50th anniversary of the Munich air disaster – but urged Blues fans to remember one of their own was also killed in the crash.

Danny Welbeck is set to become the latest heir apparent to the Busby Babes with Manchester United manager Sir Alex Ferguson set to thrust him in to the first team tomorrow.

Manchester police today warned troublemakers to stay away from Sunday’s Manchester derby where a minute’s silence will be held to mark the 50th anniversary of the Munich air disaster.

Manchester City manager Sven-Goran Eriksson has urged Blues supporters to respect Sunday’s minute’s silence ahead of the derby with United.

David Gill is determined to ensure the 50th anniversary of the Munich air disaster is not a Manchester United-only affair.

Taoiseach to hold talks with Gordon Brown this weekend

Taoiseach Bertie Ahern is due to hold talks with British Prime Minister Gordon Brown in Manchester this weekend.

THE Football Association will not be taking any action against Manchester United boss Alex Ferguson after Reading fans complained he made offensive gestures during Saturday’s game at the Madejski Stadium.

FA decide Fergie has no case to answer

The Football Association have announced they will not be taking any action against Alex Ferguson after Reading fans complained he had made offensive gestures during Saturday’s game at the Madejski Stadium.

Manchester City’s official supporters club fear some fans may try to ruin a minute’s silence to commemorate the Munich air disaster at next month’s derby against Manchester United.

Manchester United are planning a 'substantial, permanent memorial' in honour of the victims of the Munich air disaster.

PAUL SCHOLES is refusing to get carried away by Manchester United’s stunning four-goal triumph atTottenham on Sunday.

Paul Scholes is refusing to get carried away by Manchester United’s stunning four-goal triumph at Tottenham on Sunday.

MANCHESTER United will hold a minute’s silence prior to tomorrow’s derby clash with Man City at Old Trafford in memory of former skipper Noel Cantwell.