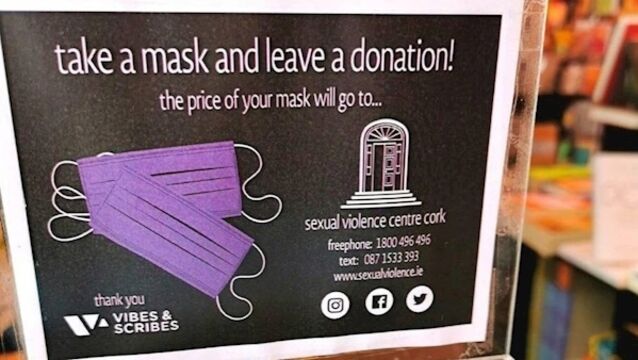 'It only takes one or two cranks to start a trend': Cork bookshop owner not worried about boycott calls

A bookshop owner says reaction to a mask-wearing policy has been mostly positive, despite calls for a boycott of the store. 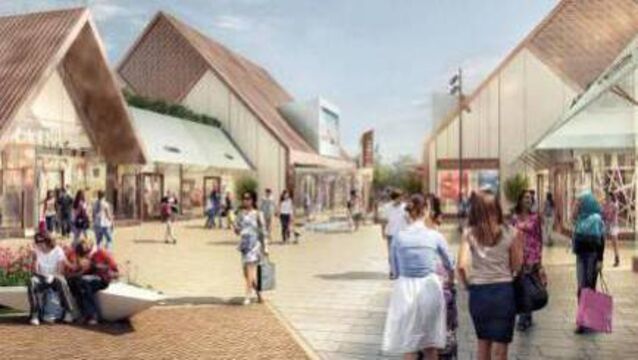 Cork County Council's chief executive is to provide councillors with a robust account of why he and his senior planners believe it's right to support the construction of a €100m Kildare Village-style shopping centre in an East Cork town. 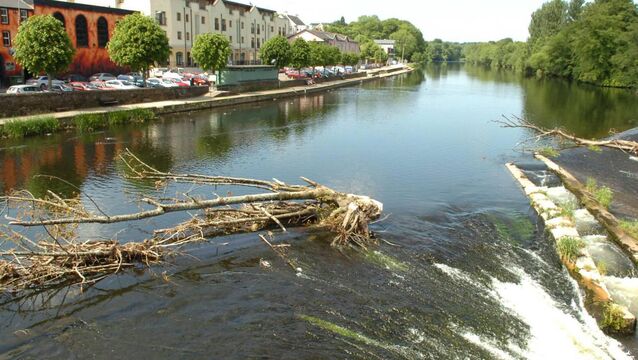 The chief executive of Cork County Council has said a High Court decision to reclassify an entire river as a special protection area for the freshwater pearl mussel could be “an extremely limiting factor on proposed growth.”

A team of Irish scientists has averted another potential Covid-19 testing crisis by developing a key test chemical whose supplies were running low.

After a grocery shop and pharmacy run, many people were nipping into craft shops or toy shops to pick up some “essentials”.

Expert's coronavirus warning: 'Ireland’s future is not so different from Italy'

Professor James McInerney called on Wi-Fi providers to take down pay walls to make access free for all so that people could work and study from home.

Finding that the hotel discriminated against all three because they are Travellers under the Equal Status Act, Mr Dolan stated that the evidence presented by the hotel “lacks a level of credibility”.

Colm Hand has told the trial of a garda charged with assaulting him that he suffered bruising after being struck in the groin with a baton.

A major loan provided by the European Investment Bank (EIB) will enable Cork County Council to kickstart €250m of projects it hopes to complete within the next eight to 10 years.

Croom will play Mullinahone in the Munster Club JFC semi-final after defeating Ballyduff Lower in Bruff on Saturday.

Traders in Cork city have been urged to buy-in to a ‘customer service charter’ initiative which has helped Leeside be crowned Ireland’s friendliest city.

Cork County on the Rise: 'There is more to Ireland than five cities'

Decentralisation and a greater focus on towns and villages need to be the cornerstone of future policies, according to speakers at the Cork County on the Rise Event.

Business leaders are confident about the prospects for growth in Cork despite the challenges facing the region.

Ireland needs to recognise the role that towns will play in its future.

Cork County Council bosses have said they won't pay for the setting up of 'reverse vending machines,' despite calls from many county councillors for them to do so.

Macroom progressed to the next round of the Cork Premier Intermediate Football Championship following a captivating encounter with St Vincent’s.

Community groups are likely to become the frontline force in the battle against dog-fouling in Co Cork amid concerns that an increasing volume of volunteers are undertaking jobs traditionally done by the council.

A convicted sex offender awaiting sentence for a Christmas Day sex assault on his daughter has complained of the incessant smoking of the two other prisoners with whom he was sharing a cell.

Councillors said the state of rural roads was the main issue on the doorsteps during their local election canvasses.

UCC emerged from round 2 of the Cork SFC Colleges/Divisions section with a six-point win at Ballinlough today.

Close battles ends with one goal victory for Bandon

An old-fashioned Cork senior championship clash in Clonakilty yesterday, with Bandon holding out for a terrific win over Newcestown after a closely-fought battle.

Cork County Council is about to appoint consultants who will see if it is feasible for it to take control of all monitoring of existing and new community CCTV systems in towns and villages in its jurisdiction.

Income earners of €90K are in a 'property limbo'

The income gap between those who qualify for council housing and those who can afford a mortgage in metropolitan Cork has widened at an alarming rate.

Talks to take place to speed up Little Island roadworks

Talks are taking place between Cork County Council and Transport Infrastructure Ireland (TII) in an effort speed up roadworks in one of the country's industrial hubs, after claims they're causing major traffic gridlock.

Well-known sporting and television personalities have been recruited to take part in a series of talks aimed at helping secondary school children look after their mental health, nutrition and deal with risks posed by social media.

Cork County Council, in a countywide first, has set up a joint venture company aimed at providing major infrastructure projects which will aid the provision of public and affordable housing.

Man fined over threat to smash ex-partner’s face in

A middle-aged man threatened to smash his ex-partner&rsquo;s face in and went on to smash her front door.

A woman stepped out of her bathroom late at night to see a stranger in her apartment and yesterday the culprit was jailed for nine months for burglary.

A motorist who had what a district judge described as being as bad a driving record as one was ever going to see had a five-month jail sentence and seven-year driving ban imposed on him yesterday.

‘Crumbs from the table’ for county

An internal report carried out by Cork County Council paints a &ldquo;devastating&rdquo; blow to the local authority&rsquo;s future growth and investment if the National Planning Framework (NPF) is implemented.

College course to provide insights on life of a garda

Students are set to study car crashes, conflict resolution, and court sessions in an innovative college course designed to prepare them for life as a garda.

Bandon 2-15&nbsp;Na Piarsaigh 0-15:&nbsp;Last September, Bandon&rsquo;s first year back at senior level ended with a quarter-final defeat to Na Piarsaigh, with goals proving decisive for the city side.

Arthur McDonagh bowled impressively at Newcestown to beat Gavin Twohig by a bowl of odds in the Munster Senior Championship.

An English-language teacher who smashed into a wall while doing a bear-crawl at a gym class settled her action for compensation from the fitness centre yesterday.

I see my bills stacking up, says woman hurt in gym

A teacher who ran into a wall while doing a bear-crawl at a gym class said yesterday: &ldquo;I don&rsquo;t think it is fair that I came to the gym, got injured, and now I see my bills stacking up.&rdquo;

‘You seem to have been totally out of control’

A couple on a night out at Slice of Heaven were approached by an aggressive teenager who punched the young man and bit his ear necessitating four stitches and plastic surgery.

A special exhibition detailing the building of Ireland&rsquo;s first skyscraper will remain open in Cork&rsquo;s County Hall for the next few weeks.

The pilot of a Ryanair flight from Tenerife to Cork made contingency plans to divert to Portugal because of the aggression from a Cork man and woman who insisted on having their paninis heated by cabin staff.

Preparations are ongoing to celebrate the 50th anniversary of the construction of one of the country&rsquo;s most iconic buildings, Cork&rsquo;s County Hall.

Grass cuttings could be used to power homes

Cork County Council may use grass cuttings from verges and its unused land stock as biofuel to provide power to houses.