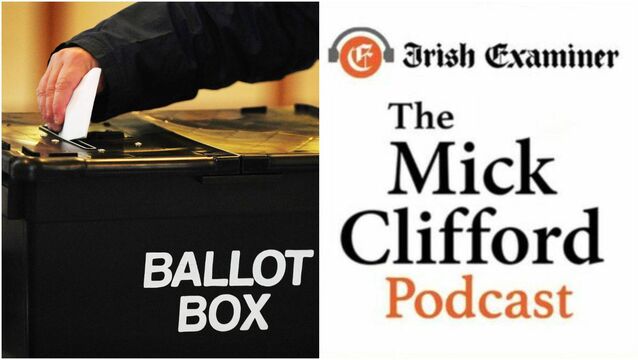 The Mick Clifford Podcast: Aidan Regan - Right you are on the left

On this week's pod, Mick is joined by political economist, Aidan Regan 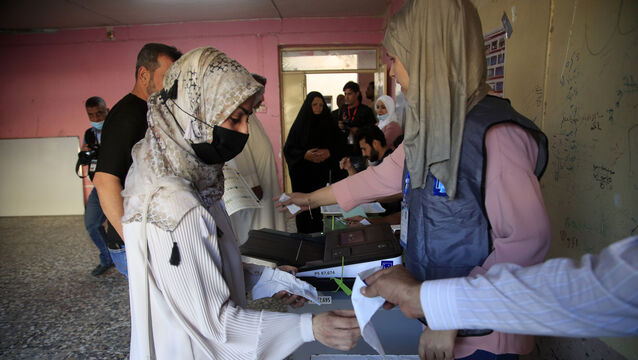 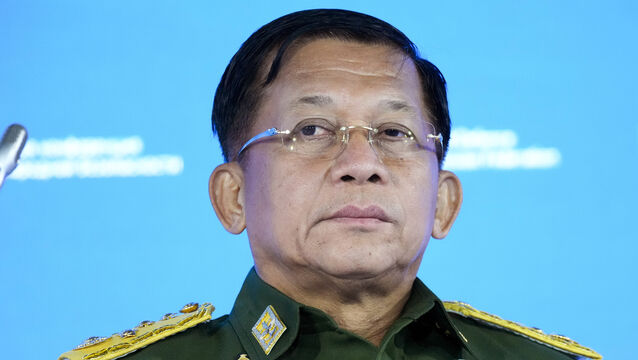 Six months after seizing power from the elected government, Myanmar’s military leader has declared himself prime minister and said he would lead the country under the extended state of emergency until elections are held in about two years.

The Democrats’ sweeping attempt to rewrite US election and voting law stalled in the Senate on Tuesday, blocked by a wall of Republican opposition to what would have been the largest overhaul of the electoral system in a generation.

Iran’s president-elect has said he would not meet with US President Joe Biden or negotiate over Tehran’s ballistic missile programme and its support of regional militias.

The sole moderate candidate in Iran’s presidential election has conceded he lost to the country’s hard-line judiciary chief.

Iranians vote in presidential election tipped in favour of hard-liner

Iranians have begun voting in a presidential election tipped in favour of a hard-line protege of Supreme Leader Ayatollah Ali Khamenei.

He said he believes in island's re-unification 'in my lifetime'

Alison O'Connor: The stakes are high in a by-election that could reshape national politics

'House!' A bank holiday bingo session attended by one of the candidates could hint at a key issue in Dublin Bay South

Winners and losers in the English, Scottish and Welsh elections

The SNP has stormed ahead in the Scottish Parliament election, sparking demands for a second independence referendum and creating a constitutional clash with the Prime Minister.

Labour leader Keir Starmer will carry out a reshuffle of his shadow cabinet team on Sunday, the PA news agency understands, as the fallout over the party’s dismal election performance continues.

The British Prime Minister has invited SNP leader Nicola Sturgeon for crisis talks on the Union after the First Minister warned he would be standing in the way of democracy if he denies Scotland a second independence referendum.

Nicola Sturgeon has insisted that Westminster has no right to block a second vote on Scottish independence as she claimed an “emphatic victory” in the Holyrood election – despite the SNP failing to secure an overall majority.

Johnson on course for Scottish independence clash with Sturgeon

Boris Johnson has set himself on course for a constitutional clash with Nicola Sturgeon if she pushes ahead with plans for a second Scottish independence referendum.

Scotland ‘united against the fascists’ after far-right candidates rejected

Nicola Sturgeon has said voters showed that racists and fascists are “not welcome anywhere in Scotland” after two far-right candidates picked up less than 200 votes and one was ejected from the count.

Keir Starmer has come under fire from all sides after Labour suffered a crushing defeat in the Hartlepool by-election.

The Leave-supporting North East constituency went blue for the first time in its 47-year-old history, as Boris Johnson demolished another brick in Labour’s so-called “red wall”

Ecuador will be led for the next four years by conservative businessman Guillermo Lasso after voters rebuffed a left-leaning movement that yielded an economic boom then a recession during a decade in power.

Voters in Ecuador have appeared to turn to conservative businessman Guillermo Lasso in the presidential election run-off, rebuffing a leftist movement that has held the presidency for more than a decade.

A majority of Europeans are concerned about several potential types of electoral interference, particularly the fear of elections being manipulated by cyberattacks

Bring your own pencil: UK local elections set to go ahead ‘as planned’ in May

Local elections across the UK look set to go ahead in May – but voters will have to bring their own pencil to mark their ballot paper under new coronavirus safety rules.

An Oireachtas committee was warned that Ireland cannot rely on tech giants to fight such misinformation.

The new bill will allow voting to take place over two days and will revamp the voter registration process too.

Kuwaitis have elected a new parliament in an election which saw two-thirds of politicians and the country’s only woman legislator lose their seats, election results released on Sunday showed.

The main Kremlin party has retained its dominance in regional elections but the opposition made gains in some areas in a challenge to Russian President Vladimir Putin, according to early official results released on Monday.

It will be the first detailed meeting between the two parties.

The man in the pink shirt may be gone but a colourful constituency battle is still on the cards in Wexford.

The dogfight for the third seat in this mostly rural constituency could prove crucial for the overall picture, writes Juno McEnroe.

Fianna Fáil leader, Micheál Martin, says he does not see the support pact between Fianna Fáil and the Fine Gael-led Government lasting until April — unless there is a fresh agreement.

It's a wrap. Political editor Daniel Mcconnell runs the rule over Byelections 2019 and reflects on the likely fallout.

A party man through and through, Fianna Fáil’s Malcolm Byrne is very different than the man he seeks to replace, writes Michael Clifford.

Murphy under fire for pulling out of live debates

Gerard Howlin: Across Europe, there is a real chill setting in in Jewish communities

Rereading George Orwell’s 1945 essay Antisemitism in Britain is chilling, in the context of this week’s article in The Times by the orthodox chief rabbi of Britain and Northern Ireland Ephraim Mirvis. Comparing it with the British Labour Party’s new policy, launched today, on race and faith is black comedy.

The result after months of protests is seen as a rebuke to pro-Beijing leader Carrie Lam.

Fine Gael has been branded a “safe house for right-wing politics” after the Taoiseach continued to back a by-election candidate who claimed asylum seekers need to be deprogrammed when they come here.

New regulations aimed at clamping down on fake news and disinformation when it comes online political advertising are to be introduced.

Four by-elections to fill Dáil seats left empty as a result of the European elections could take place on the same day in a "Super Friday" style election day as soon as the first half of November.

Teams of experienced counters from Cork's City and County Halls have been drafted in to speed up the recount in Ireland South.

Ireland South recount to get underway this morning

A full recount of European Election ballot papers in the Ireland South constituency is to get underway this morning.

While local and European elections cannot necessarily be taken as a good predictor of the subsequent general election, the results of both elections last weekend do provide an interesting insight into how the Irish who decided to vote actually view the world at the moment.

#Elections2019: Sinn Féin hopeful they can remain ahead of Fine Gael in Ireland South

The race for seats in Ireland South has heated up as Labour candidate Shelia Nunan and Fine Gael's Andrew Doyle have both been eliminated in the 15th count.

Sinn Féin leader Mary Lou McDonald has insisted her position is not under threat despite her party losing almost half its local council seats and potentially two of its three MEPs in this week's elections.