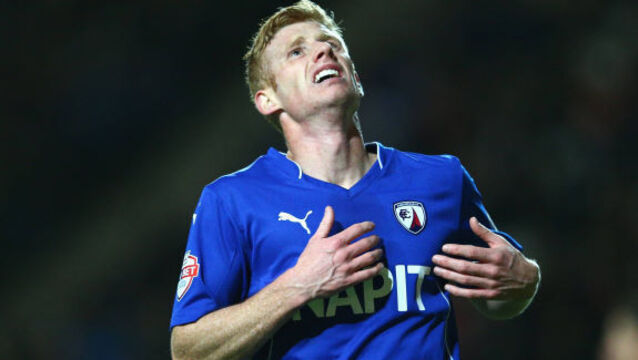 How the Irish fared: Eoin Doyle finally turning things around

Remember when Eoin Doyle was scoring for fun?&nbsp; 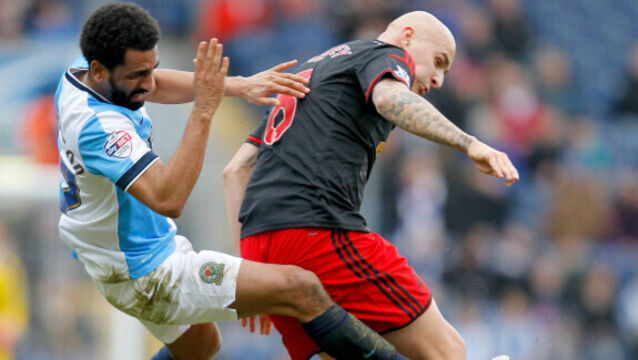 Nine-man Swansea get a burning

FA Cup — Saturday review: Though cast in the shadow of high-profile fallers at Stamford Bridge and the Etihad, there was another giant-killing of sorts at Ewood Park, where nine-man Swansea became the third Premier League side beaten by lower-league opposition, crashing out 3-1 to Blackburn. 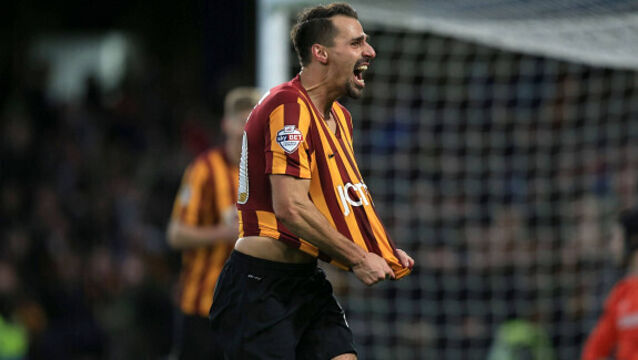 Chelsea and City dumped out of the Cup

League One Bradford served up one of the biggest shocks in FA Cup history as they hit back from two goals down to beat Chelsea 4-2 at Stamford Bridge.

Adam gives Stoke win over United; Everton come from behind to beat Villa

Charlie Adam scored either side of half-time as Stoke claimed their first ever Barclays Premier League win over Manchester United.

Big three in for United; McGeady starts for Everton

David Moyes has named Robin van Persie, Wayne Rooney and Juan Mata together in his Manchester United starting line-up for the first time as the Red Devils look to maintain their Barclays Premier League momentum at Stoke.

Sunderland head coach Gus Poyet has hit out at Stoke over their courtship of Lee Cattermole and Steven Fletcher on the eve of the Premier League clash between the clubs.

Potters need pens to move on

Ireland ’getting there slowly’

Stoke striker Kenwyne Jones has confirmed he was looking to leave the club last season and suggested several of his team-mates were too, such was the dissatisfaction in the squad at life under then-manager Tony Pulis.

Gunners unchanged for visit of Stoke

Arsenal manager Arsene Wenger named an unchanged starting XI for Sunday’s Barclays Premier League clash against Stoke, where club-record signing Mesut Ozil made his home debut as the Gunners aimed to go top of the table.

Stoke hold City to a draw

Former Manchester City boss Mark Hughes frustrated his old club as his confident Stoke side held them to a goalless draw at the Britannia Stadium.

Norwich manager Chris Hughton may look to strengthen further before the transfer window closes, while Mauricio Pochettino admits Southampton could do with some reinforcements.

Luis Suarez will make his return from a 10-match ban in Liverpool’s Capital One Cup third round at rivals Manchester United.

A training ground bust-up involving a prank-gone-wrong with a pig’s head has overshadowed the build-up to Stoke’s final home game of the season.

Glenn Whelan has a bit of time on his hands, apparently

It's the end of the season, so things at Stoke City are a bit more relaxed for the mid-table club.

Walters comes close but Stoke end up scoreless against Baggies

Transfer targets Danny Graham and Kenwyne Jones were left on the bench by their respective managers as Swansea faced Stoke at the Liberty Stadium.

Stoke defender Andy Wilkinson is a doubt for tomorrow’s Premier League trip to Swansea after coming off in the FA Cup replay against Crystal Palace on Tuesday with a back problem.

Brace of Walters own goals helps Blues rise up to third

Pride the spur for persistent Potters

Pulis unhappy with Cork after Nzonzi sending off

Stoke boss Tony Pulis criticised Jack Cork for his reaction to the challenge that earned Steven Nzonzi a red card in today’s 3-3 draw with Southampton and confirmed the Potters will appeal the decision.

Stoke serve up stunner at the Britannia

Liverpool manager Brendan Rodgers admits a lack of consistency is damaging chances of progress at the club.

Republic of Ireland international Jonathan Walters showed that Stoke can be entertaining on the pitch as they hit three against Liverpool to claim a deserved three points.

Stalemate at the Lane of no help to Spurs

Two goals in the final nine minutes from Jonathan Walters and Cameron Jerome handed Stoke their third consecutive home victory in the Barclays Premier League and condemned injury-hit Newcastle to a fourth defeat in a row.

Adam strikes to defeat The Cottagers

Norwich continue their revival against Stoke