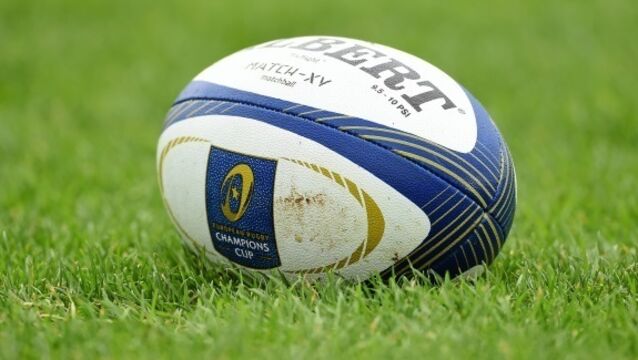 Six months ago, Galway&rsquo;s Martin Fallon was in Murrayfield cheering on Connacht in the PRO12 final.&nbsp; 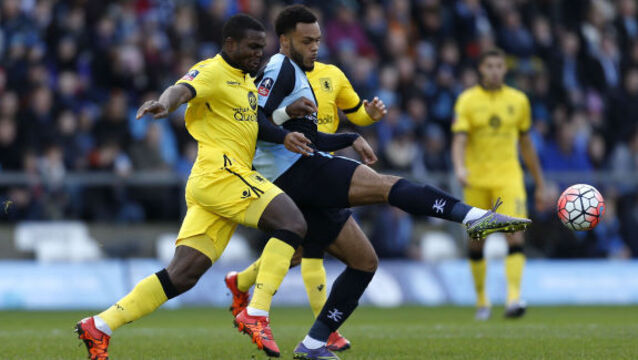 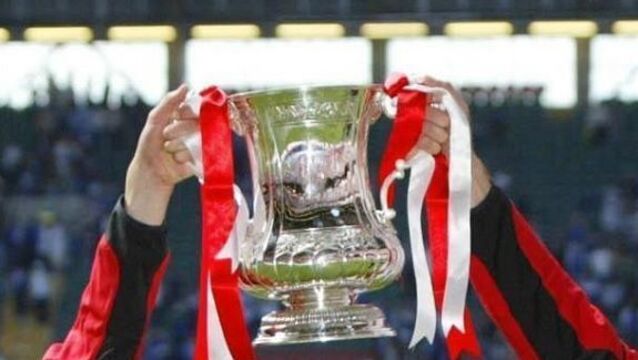 After sealing his long-term future, Michael Harriman would love nothing better than to crown the week by scalping strugglers Aston Villa in today&rsquo;s FA Cup third round tie.

Derek Richardson puts the buzz back into Wasps

Huge victory for Leinster over Castres

Harlequins director of rugby Conor O&rsquo;Shea is looking forward to two mouth-watering clashes with Leinster after his side secured a deserved 23-16 win over Wasps.

Leinster head coach Matt O’Connor was delighted with the “great” contributions of his bench players after they helped the Irish province overturn a 12-point first-half deficit to beat Wasps in Champions Cup Pool Two at the RDS.

Leinster have enough class to get the job done

It&rsquo;s been so long since Wasps carried a truly venomous sting in their tail it seems slightly surreal to recall the soon-to-be Coventry club remain the last English winners of European rugby&rsquo;s biggest prize.

Downey: Our history can boost us

James Downey believes Munster’s proud Heineken Cup history can be an important factor behind their bid to reach a fifth European final on Sunday.

It’s European rugby alright, just not as we know it.

Leinster travel to Limerick without Sexton

Leinster fly half Jonathan Sexton has been ruled out of tomorrow’s derby encounter with Munster with the management opting to give the kicker another week’s recovery before returning to action.

D’Arcy: We want to win trophies

Leinster centre Gordon D’Arcy insists the province’s appetite for European silverware has not been lessened by their exit from the Heineken Cup.

Leinster open up to take sting out of Wasps

Leinster take sting out of Wasps

Leinster now looking to kick on

Leinster have no ‘Plan B’ if Schmidt exits for Ireland job

Leinster have confirmed there is no ‘Plan B’ in position in the event that Joe Schmidt is diverted from his role with the province and into the national hotseat vacated by Declan Kidney.

Dave Kearney says Leinster must learn from the mistakes made in their defeat to Ulster if they are to get a result against London Wasps on Friday (8pm).

As if Joe Schmidt doesn’t have enough on his plate.

Sexton 'unlikely' to feature against Wasps

Sexton remains out until after Lions decision

Form and fitness may be accepted prerequisites when choosing any squad but Warren Gatland will have little of either to go on in the case of Jonathan Sexton when he announces his British and Irish Lions touring party next month.

With news of Jamie Hagan’s departure to London Irish, Leinster have reaffirmed their confidence in hooker Michael Bent on foot of a glowing report from forwards coach Jonno Gibbes.

Munster, Ulster and Leinster have all given steps up to inexperienced squad members in naming their additional players for the European knockout stages next month, as former provincial Heineken Cup winners Peter Stringer and Rocky Elsom boosted squads elsewhere.

Tournament organisers have announced the dates and kick-off times for this season’s Amlin Challenge Cup quarter-finals.

Cotter to replace Ryan at Irish

Munster Development contracted prop Alan Cotter is set to replace John Ryan at London Irish after Ryan proved a huge success while at the London club on a temporary three week contract.

Ruddock tells his stars to focus on England

Mike Ruddock intends to keep his victorious Ireland U20 side on an even keel following their sensational win over hosts South Africa by concentrating minds on Friday’s must-win IRB Junior World Championship pool clash with England.

Ireland’s U20 Grand Slam dream died at Adams Park in High Wycombe last night after they failed to fully recover from a strong opening by England.

Ireland coach Mike Ruddock believes his side must counter the physicality of their English opponents in tomorrow’s RBS U20 Six Nations clash at Adams Park if they are to achieve their grand slam dream.

The Ireland Under-20 team has been named for their final fixture of the Under-20 RBS Six Nations Championship where they take on England in Adams Park on Friday.

Slam still on for Ruddock

Coach Mike Ruddock praised his men for maintaining their composure and seeing off the challenge of a weak Scotland side at Dubarry Park last night to set up a Grand Slam decider away to England next Friday.

So, no championship title. Certainly no Grand Slam and the diluted Triple Crown is already sitting pretty in a trophy cabinet somewhere in Cardiff’s Millennium Stadium.

COURTNEY Lawes believes Northampton Saints are finally up and running after a slow start to the new season and have the momentum to continue their winning ways in their Heineken Cup opener against Munster in Limerick on Saturday evening.

Edwards’ coaching tenure at Wasps over

SHAUN EDWARDS has left his position as head coach of Aviva Premiership side Wasps.

Wasps today confirmed that long-serving head coach Shaun Edwards has left the club paving the way for a potential role with England.

ASK any player, once you buy a ticket for rugby’s merry-go-round its nigh on impossible to get off.

WHILE both Leinster and Ulster could afford to sit back and savour early quarter-final qualification in the Heineken Cup, their last eight opponents were not confirmed until the final whistle blew yesterday at Adams Park, where Wasps were entertaining champions Toulouse. What a sting in the tail that proved to be.

MUNSTER will be hoping an early Christmas present arrives when Paul O’Connell’s appeal against a four-week ban is heard today.

European Rugby Cup have confirmed the kick-off times and dates for the final two rounds of Heineken Cup pool fixtures – with Wasps crucial Pool Six meeting with Toulouse set to round off the first-round action.

WASPS director of rugby Tony Hanks was delighted with the pay-off for the hard work which ensured yesterday’s Heineken Cup clash with Newport Gwent Dragons went ahead.

Joe Simpson has signed a new three-year contract with Wasps that will keep at Adams Park until 2014.

Wasps have tied down winger Tom Varndell and back row Dan Ward-Smith to new contracts.