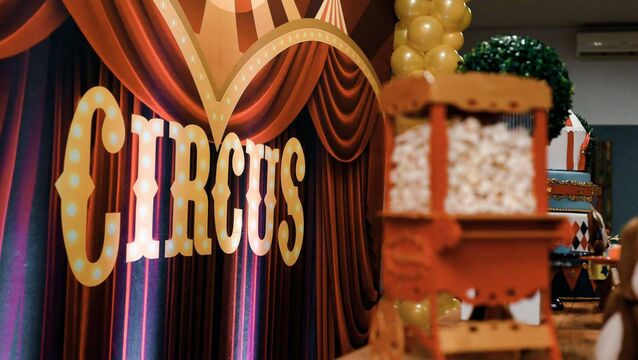 Duffy's Circus unlikely to tour for first time since 1800s

The head of Duffy's Circus says new rules on indoor gatherings mean it is highly likely it will not tour for the first time since the 1800s. 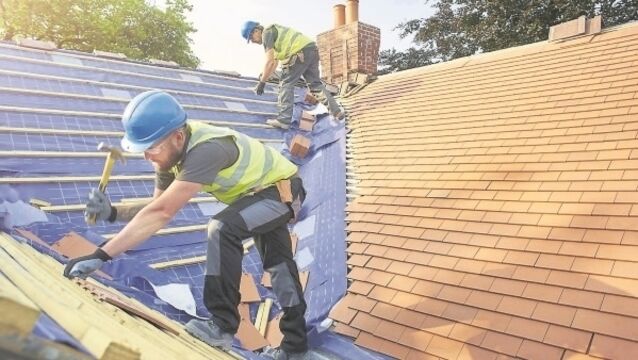 The number of new houses built this year could drop by more than 5,000 due to construction disruptions caused by the Covid-19 outbreak. 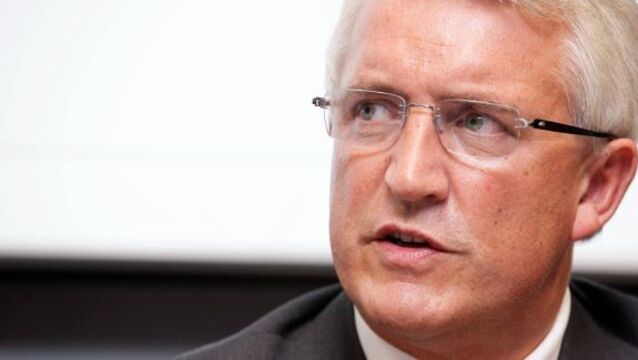 Shares in Clydesdale Bank, the British lender led by former AIB chief executive David Duffy, tumbled more than 20% after it made a fresh £300m-£450m (€335m-€500m) provision to settle mis-selling claims linked to the country’s most expensive consumer banking scandal.

Maths and science kicked off the second week of Junior Certificate exams yesterday.

Teachers unions and groups working with young people have welcomed Education Minister Richard Bruton&rsquo;s plans for a review of sex education in schools.

The Society of Chartered Surveyors has called for a zero Vat rate for building “affordable” homes as it warned pent-up demand could mean the housing crisis will last almost 10 years.

The Society of Chartered Surveyors has called for a zero Vat rate for building &ldquo;affordable&rdquo; homes as it warned pent-up demand could mean the housing crisis will last almost 10 years.

Residential property prices nationwide rose by 11.9% in the 12 months to May and prices are accelerating at twice the rate of the previous 12 months.

Junior Cert: Très bien for students familiar with past years

The Junior Certificate French exam for higher-level students contained no surprises for those familiar with papers in previous years.

The higher level Junior Certificate maths paper 2 had a mix of very manageable and some tricky parts, according to Elaine Devlin of the Association of Secondary Teachers Ireland (ASTI).

A pilot programme for the induction of teachers must be adequately resourced if it is to be brought in nationwide, a union has warned.

A Paul Henry painting is among the works going under the hammer at the RDS, writes Des O&rsquo;Sullivan.

Yeats and le Brocquy among highlights of private collection

Des O&rsquo;Sullivan on the life&rsquo;s collection of a man who set up the AIB Collection in 1979.

The time and level of training required to introduce computer science as a Leaving Certificate subject next year needs significant investment if it is to be a realistic option for all students, a teachers union has warned.

A question of taste: Peter Power

Peter Power, composer, sound designer is originally from Waterford, but has been based in Cork for several years. He is artistic director of Eat My Noise with David Duffy. As part of Cork Film Festival, they will present fLux, new music for organ and electronics performed at St Fin Barre&rsquo;s Cathedral, performed by John O&rsquo;Brien, on November 17 &amp; 18.

ESRI: No rationale for any tax cuts in budget

A leading economic think-tank has said next month&rsquo;s budget should contain no tax cuts and only focus on expenditure measures that can &ldquo;improve the potential growth of the economy&rdquo;.

Junior Cert: Biz students get down to brass tacks

Business studies took up the entire Junior Certificate schedule yesterday, although ordinary level students only had a morning paper to sit.

The first of two higher level Irish papers offered some 31,200 Junior Cert students, what Robbie Cronin considered quite a good choice of essays.

No plan to scrap loans criteria

The war of words over the Central Bank&rsquo;s year-old mortgage rules has flared again, as bank governor Philip Lane said there will be no early review, even as auctioneers launched a fresh broadside calling for them to be changed immediately.

Shares in Clydesdale Bank now run by former AIB boss David Duffy rose up to 2.4% yesterday in their London debut, valuing the British lender at about &pound;1.62bn (&euro;2.14bn).

The housing crisis is set to go on for years because not enough homes will be built, a leading think-tank warned yesterday.

The targeted level of annual new house builds needed to meet consumer demand is unlikely to be met for another three years at the earliest, a leading economic think-tank has suggested.

Rare praise from one of AIB&rsquo;s board most trenchant critics came late into what was one of the oddest shareholders&rsquo; meetings ever held in Ireland.

Two of the country&rsquo;s top housing experts have said rent price controls will likely do little good, even as leading Coalition ministers continue to hotly disagree over limited measures to help cool the rental market.

The economy will surge 6% this year and will keep growing rapidly next year too at a rate of 4.5%, while significant increases in domestic demand and for the first time in consumer spending will drive the recovery, the Economic and Social Research Institute said in its latest quarterly bulletin.

It was not the first time that the ESRI think-tank has warned the Coalition against inflating the economy.

Influential think-tank the Economic and Social Research Institute has added its voice to growing chorus of commentators warning that the Government risks spoiling the recovery if it were to pump too much into the economy in its pre-election budget in October.

The number of households in negative equity is falling rapidly and could fall to zero as early as late 2017, such is the unexpected pace in house price rises, says the country&rsquo;s leading think-tank.

AIB faces mounting pay demands from its staff and a headache over shaping long-term incentives for its senior bosses as the Government prepares the bank for sale next year, experts have said.

Bank chiefs are set to be quizzed today on how they propose to offer families with variable rate mortgages a reprieve or otherwise face the threat of Government action.

Clydesdale Bank has reported a 53% jump in first-half pre-tax profit benefitting from a one-off gain from capital restructuring and lower impairment losses on credit exposures.&nbsp;

Clydesdale Bank has reported a 53% jump in first-half pre-tax profit benefitting from a one-off gain from capital restructuring and lower impairment losses on credit exposures. Outgoing AIB head David Duffy is shortly set to join the British lender as CEO.

Job security rather than workers&rsquo; salaries or disposable income has a far greater impact on consumer demand and retail rents, a report has found.

AIB to cut rates after boost in profits

AIB is the latest bank to report an improving financial position, turning a quarterly profit as it benefited from an improving climate both at home and in Britain.

Banking Inquiry: State was told not to include duo in deal

The mystery over why Anglo and Irish Nationwide were included in the blanket bank guarantee deepened after another senior banker said yesterday that he advised the Government not to include the stricken firms in the deal.

The chief executive of AIB when the recession hit has said his &euro;2.4m total annual pay package during the era was peer-reviewed and he never asked for a pay rise.

AIB has reiterated to shareholders that it is actively considering cutting the rate of interest it charges mortgage customers.

AIB intends to promote its retail and business unit head Bernard Byrne to the role of chief executive, and is seeking permission from regulators for the move, according to a source.

AIB has confirmed that over 5,700 owner-occupied homes in mortgage arrears face being taken over by the bank amid suggestions that a &ldquo;tsunami&rdquo; of repossessions are on the way.

Almost 140,000 AIB variable mortgage holders look set to get a cut in their interest rates by the summer.

AIB may reduce mortgage rates 'if costs come down'

AIB will look at reducing its variable interest rate for mortgage customers in June, its chief executive has said.

AIB will pay a &euro;280m dividend to the Government in May as it begins the process of repaying &euro;21bn in State aid.

Finance Minister Michael Noonan says he won&rsquo;t sell more than 25% of AIB in a first step toward private ownership, with October the earliest time for the Government to reduce its stake.