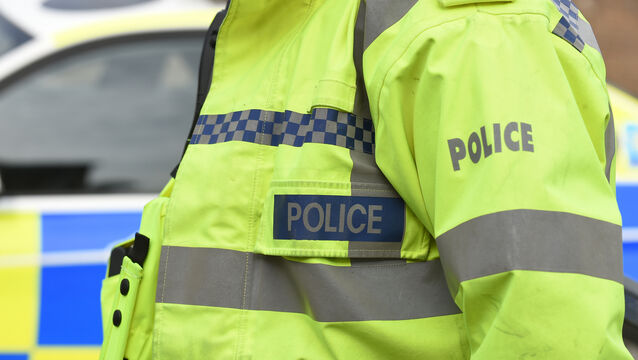 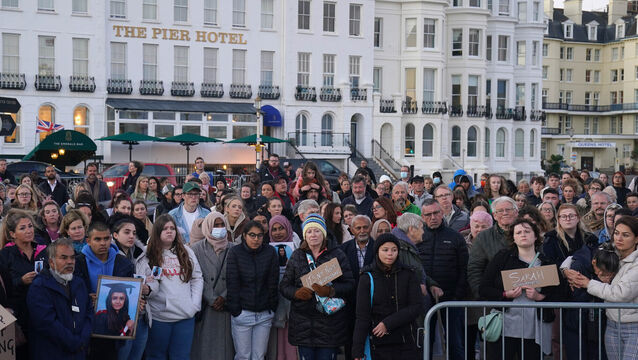 A vigil is being held in Eastbourne, the seaside town where the man suspected of murdering school teacher Sabina Nessa was arrested last month. 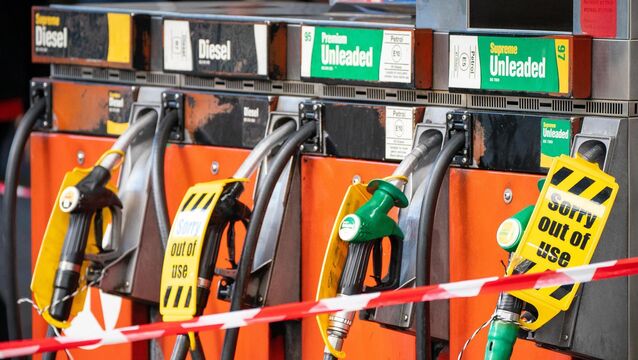 The troops – who have been on standby since the start of last week – will initially be concentrated in London and the South East of England, where the worst shortages remain.

Man accused of ‘predatory’ murder of Sabina Nessa in court

‘Women are being picked off like big game,’ says heartbroken campaigner

A campaigner has joined calls for the Met Commissioner Dame Cressida Dick to resign, saying women are terrified and being “picked off like big game”.

The 48-year-old used his Metropolitan Police-issue warrant card and handcuffs to snatch Ms Everard, 33, in a fake arrest as she walked home from a friend’s house in Clapham, south London, on the evening of March 3.

‘The world is a safer place’ with Couzens in jail, says Sarah Everard family

The family of Sarah Everard has welcomed a whole life sentence for her killer, saying: “The world is a safer place with him imprisoned.

“Serious questions” need to be answered by the Metropolitan Police, the UK Home Secretary has said, as she backed Cressida Dick in the wake of Sarah Everard’s murder.

Met Police Commissioner Cressida Dick also attended court to hear how one of her own officers had abused his position to carry out his crimes, which shocked the nation.

The UK government has said legal proceedings have begun against green activists who face fines or prison for blocking the M25.

Katie Price warned she faces prison after drink-driving while banned

Katie Price has been warned she faces prison after she pleaded guilty to drink-driving while disqualified and without insurance following a crash near her home in Sussex.

A rail worker removing rubbish from train tracks narrowly avoided being hit by a train, an investigation has found.

A serving police officer kidnapped and murdered Sarah Everard after accusing her of breaking the Covid-19 lockdown in a “false arrest”, a court has heard.

A 36-year-old man has been charged with the murder of primary school teacher Sabina Nessa.

Rowers dressed as superheroes and the UK's key workers were seen guiding their homemade rafts down the river Thames as a charity boat race made its return this year.

After more than a decade playing the world’s most famous secret agent, actor Daniel Craig now shares another thing with James Bond: the military rank of commander.

The BBC failed to conduct a proper search for a murdered schoolgirl’s clothes which were taken by journalist Martin Bashir and never returned, a Mail on Sunday investigation has claimed.

Police have since released dramatic video footage of the chase

A 45-year-old man who made more than 1,000 nuisance calls to a NHS advice line to indulge his sexual foot fetish has been sentenced in the UK.

From farm to fork: Jeremy Clarkson to turn lambing shed into a restaurant

The television presenter, 61, called a meeting with local people at the Memorial Hall in Chadlington after there was “gossip” in the village over the Diddly Squat farm shop’s future.

Liam Gallagher is among the famous faces to have congratulated teenage tennis star Emma Raducanu on making the final of the US Open.

The UK's Home Secretary has reportedly sanctioned new tactics to redirect migrant boats in the Channel back to France amid crunch talks over crossings.

A baby and several young children were among a large group of migrants brought ashore in the UK on Monday after trying to cross the English Channel. A packed lifeboat was pictured arriving on a beach in Dungeness in Kent.

At least 65,984 people have arrived in Europe via the Mediterranean by land and sea so far this year, according to data from the United Nations High Commissioner for Refugees

Since 2013, the researchers found a 'clear change' in the relationship between owning a home and becoming a parent

A 101-year-old motoring enthusiast, who picked up a passion for driving more than 90 years ago, has got back behind the wheel to test out a new fully electric Ford.

Comedian Lee Mack, who was a close friend, paid tribute saying: "I’ve known this day was coming for some time, but it’s no less heart-breaking"

Toddlers among latest to cross English Channel in migrant boats

Children too young to walk were among people seen arriving in Dover on Sunday after making the dangerous journey across the English Channel.

On the day an Eritrean man tragically lost his life trying to reach the UK, at least 592 people succeeded in making the dangerous crossing, latest figures show

A migrant airlifted to hospital from the English Channel after a boat carrying around 40 people began to sink has died. French media have reported the death of the male, who was taken to Calais by helicopter earlier on Thursday.

The former personal trainer, from Oxford, said he aims to raise awareness about climate change through his climbs, and chose to scale what he calls the “Stratford duo” because they overlook the railway station, which was deluged by flash floods at the end of July

Brexit lorry traffic controls to be made permanent

Lorry traffic controls designed to prevent post-Brexit disruption around the Port of Dover are to have their “sunset clauses” removed, allowing the emergency measures to be used indefinitely.

Once ratified it will replace the previous best time of nine hours and 34 minutes by US swimmer Michelle Macy in 2013.

As well as concerns over overcrowding and the length of stays, the MPs were “very concerned” about the “clear risk” of a Covid-19 outbreak.

'I will try until I die': Migrants in France determined to seek better life in UK

Around 2,000 migrants are reportedly living in northern France, many sleeping rough around Calais and Dunkirk, as they wait to cross the English Channel on board small boats or smuggled in lorries

It comes as record numbers of migrants try to cross the potentially treacherous English Channel to get to the UK, despite vows from the UK Home Office to make the route from mainland Europe “unviable”.

Boris Johnson promised the wider use of public “chain gangs” to tackle yobs as he defended his approach to law and order in the face of police anger over a pay freeze.

More than 700 people succeeded in crossing the English Channel on Monday and Tuesday, with many landing on Dungeness beach in Kent.

The Met Office has issued an amber warning for storms covering London and some of the Home Counties where homes and businesses are at risk of flooding, lasting until 7pm on Sunday.

A witness has described how his neighbours escaped unharmed after a lightning strike caused the roof to collapse and flames to spread through two semi-detached houses.

The boyfriend of Love Island star Dani Dyer has been jailed for three-and-a-half years for defrauding two pensioners out of more than £34,000.