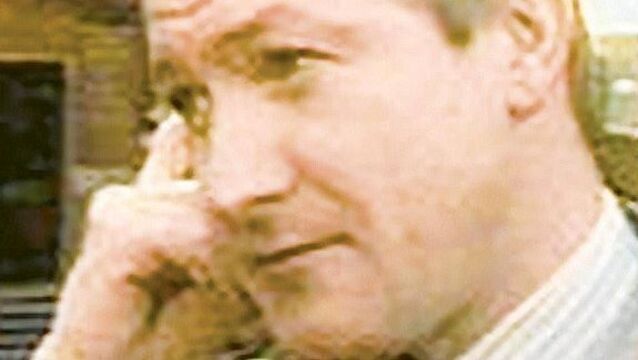 The Irish Government raised concerns over claims made by a British Conservative minister that some lawyers in Northern Ireland were “unduly sympathetic to the IRA”, weeks before Pat Finucane was killed. 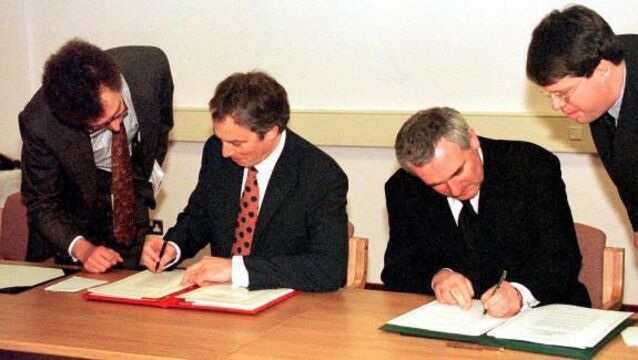 This weekend marked a significant milestone: 25 years ago, the Ulster Democratic Party, the political front of the Ulster Defence Association (UDA), announced a ceasefire. 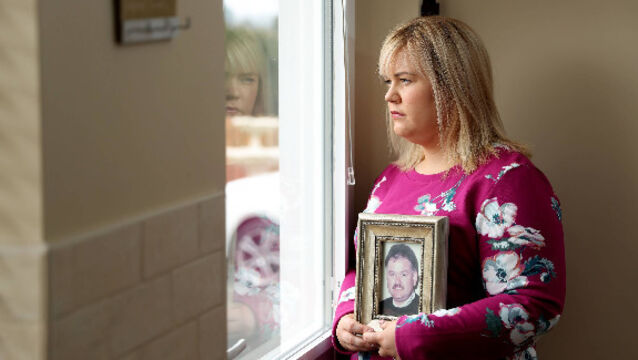 It was a summer when everyone was part of Jackie&rsquo;s army and the nation was buoyed up by the mighty boys in green.

Seven held over Lorraine McCausland rape and murder are released

A son of murdered Belfast solicitor Pat Finucane has been announced as a Sinn Féin election candidate.

Outwardly, Ian Paisley was vehemently against the Anglo-Irish Agreement, but state papers hint at a different attitude behind the scenes, writes Ryle Dwyer

The son of former loyalist leader Johnny 'Mad Dog' Adair has been found dead at a house in Ayrshire.

Democratic Unionist leader Peter Robinson has resumed his duties as Stormont first minister and his resigned ministers have returned to office following the publication of a review of paramilitary activity in the North.

Crisis talks for the North’s politicians

The North&rsquo;s politicians have been called into talks next week to resolve the crisis over IRA activity.

A 46-year-old man has been charged with the murder of a senior loyalist paramilitary in Belfast.

A judicial review into the British Government’s decision not to hold a public inquiry into the murder of Pat Finucane will have a big impact regardless of the outcome, the solicitor’s son has said.

One of Northern Ireland’s most senior British Army officers is to be sued over the death of a Catholic man in the North more than 40 years ago.

CCTV not working when postman was shot

Security cameras which could have captured the murder of a Catholic postman more than 12 years ago were not working when the gunmen struck, an inquest has been told.

A 61-year-old man has been arrested today in connection with the murder of a barman almost 40 years ago.

The North’s First Minister Peter Robinson has accused his predecessor Ian Paisley of going down a “dangerous road” with his claims that the Government provoked one of the worst atrocities of the Troubles.

The Rev. Ian Paisley has effectively accused the Irish Government of provoking the 1974 Dublin and Monaghan bombings which claimed the lives of 33 people.

A death threat has been issued to a female journalist in Northern Ireland, a union claimed today.

Eight people investigated in connection with the murder of a journalist in the North more than a decade ago will not be prosecuted because of concerns about a key witness's evidence, the Director of Public Prosecutions (DPP) said today.

The Irish Government should trawl its documents archive to support the family of a solicitor murdered by Northern Ireland loyalists with state support, it was claimed.

Report sets out the extent of collusion in Finucane murder

Desmond de Silva’s report into the Ulster Defence Association (UDA) murder of Belfast solicitor Pat Finucane may have added detail to what is already widely believed, but the confirmation that security forces could have intervened and saved Mr Finucane’s life still has, more than two decades later, the capacity to shock.

Finucane report to be published today

A report into the loyalist murder of Belfast solicitor Pat Finucane will be published later today.

A dole clerk’s revelation in the Troubles

Conor Grimes plays a Northern Irish bigot who comes to his senses in A Night in November, Colette Sheridan reports

Loyalists have denied making a death threat against a Belfast-based journalist.

The partner of a man murdered by loyalists 20 years ago is to take legal action against police in Northern Ireland after the force admitted retaining part of his skull.

The partner of a man murdered by loyalists 20 years ago is to take legal action against police in Northern Ireland after the force admitted retaining part of the victim's skull.

Two loyalist supergrasses were interviewed 330 times by police before their evidence was used in a trial, the North's justice minister said today.

British spies have foiled “many” terrorist plots in the North in the past six months, the British government said today.

A judge is today due to deliver his verdict in the murder trial of loyalist leader Mark Haddock and alleged members of his paramilitary gang.

The British government is to face a legal challenge over its failure to launch a public inquiry into security force collusion in the murder of solicitor Pat Finucane, it has emerged today.

The Government has hit out at British Prime Minister David Cameron after his refusal to order a public inquiry into the controversial murder of Belfast solicitor Pat Finucane.

THE British government cannot be forced into launching a full inquiry into the 1989 killing of solicitor Pat Finucane, Enda Kenny has said.

The British government must be fully transparent if it decides to hold a public inquiry into the murder of solicitor Pat Finucane, his son has said.

Kelly: Spence was 'major influence' in move away from violence

A member of Sinn Féin has said that the former loyalist paramilitary leader Gusty Spence was a "major influence" in loyalism's movement away from violence in the North.

A CONVICTED loyalist terrorist, who is testifying for the British state in one of the North’s largest ever paramilitary trials, has admitted to being a life-long alcoholic with a drugs habit who fled the region with money stolen from his parents.

A convicted loyalist terrorist who is testifying for the Crown in one of the North's largest ever paramilitary trials has admitted to being a life long alcoholic, with a drugs habit who fled the region with money stolen from his parents.

LOYALIST leader Mark Haddock smirked as he dispatched a hit team to gun down a paramilitary rival, a member of the murder plot has told a court.

Loyalist leader Mark Haddock smirked as he dispatched a hit team to gun down a paramilitary rival, a self-confessed member of the murder plot told a court in Belfast today.

Loyalist leader Mark Haddock was kept apart from 13 co-accused as one of the biggest paramilitary murder trials in decades began in the North today.

A loyalist leader and 13 of his alleged associates are due in the dock today as one of the biggest paramilitary murder trials in decades begins in the North.

The family of murdered solicitor Pat Finucane has accused the British government of stalling on a decision to hold a public inquiry into one of the most infamous killings of the Troubles.

We can take pride in the fact that the visit of Queen Elizabeth II went off so well, without any unseemly incidents, except for the obscene behaviour of a tiny minority of people looking for publicity. The events of the past week have demonstrated conclusively that the republican dissidents are totally out of touch with the overwhelming majority of the Irish people.

LONG confined as a footnote in Irish history, the role of the 49,400 Irish soldiers who fought and died in the First World War has finally been restored to the spotlight.