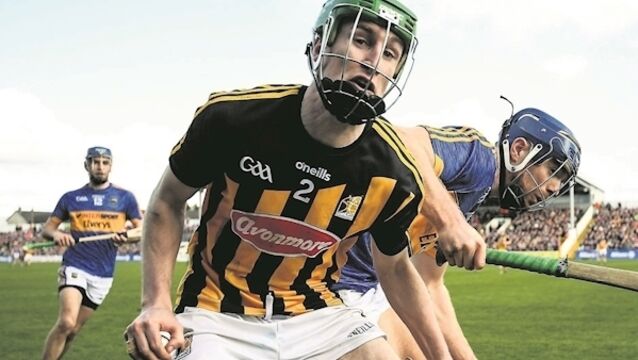 Harper Lee’s classic To Kill a Mockingbird has always acted as a sounding board for my thoughts on management and life in general.

Emma’s standup routine shows laughter can be the best medicine

In search of the elusive billionaires at the core of Apple

US company's partnership with DCU to create 40 jobs in Dundalk

US-based testing company Prometric is to help create 40 jobs in Dundalk, it was announced today.

Accenture is set to hire around 250 people into its workforce in Ireland by September this year.

Katherine Waterston has been cast as the female lead in the Steve Jobs biopic.

The Irish Congress of Trade Unions is welcoming the Cabinet decision to legislate for workers whose employers don't recognise unions.

Michael Fassbender is reportedly in early talks for the role of Steve Jobs.

Bruton begins trade mission to US

Minister for Jobs, Enterprise and Innovation, Richard Bruton will lead a five-day trade mission to the United States today.

The Minister for Jobs, Richard Bruton, is in Waterford today for a number of events aimed at promoting jobs in the South East region.

Bausch & Lomb are to invest in upgrading its production systems in its Waterford facility.

Apple will make the most expensive acquisition in its history, after confirming a deal to buy Dr Dre's Beats Electronics for $3bn.

Your daily spoiler-free guide to what to look out for on the box.

A total of 27 Irish companies are participating in the first leg of Ireland's five-day, six-city trade mission to the United States, which officially gets underway today.

Jobs and Enterprise Minister Richard Bruton is leading more than 40 Irish companies on a trade mission to India.

Jobs and Enterprise Minister Richard Bruton has ruled out any plans to raise the minimum wage.

Minister for Jobs, Enterprise and Innovation Richard Bruton has today announced the establishment of a new joint Industry/Government task force on 'Big Data' to drive development of the sector in Ireland.

Bruton: Trade deal could bring at least 4,000 jobs to Ireland

Minister for Jobs, Enterprise and Innovation Richard Bruton said today that a transatlantic trade deal with the US could bring more than 4,000 jobs to Ireland.

Jobs announced in Cork and Galway

This morning has seen job announcements in both Cork and Galway.

Munich Re to create 17 Dublin jobs

Munich Re is to create 17 new jobs in Dublin, as it expands research and development here.

More than 250 jobs have been created by the National Pen facility in Dundalk, it was announced today.

$60,000 worth of computers stolen from Jobs home

More than $60,000 (€49,000) worth of computers and personal items have been stolen from the California home of the late Steve Jobs.

Minister for Jobs, Enterprise and Innovation Richard Bruton has said that budget targets have to be hit in the area of health, just like everywhere else.

Minister for Jobs, Enterprise and Innovation Richard Bruton has announced details of a new €12.9m investment in the Irish agricultural technology sector by French companies.

Royal Bank of Scotland (RBS) chief executive Stephen Hester has announced that he will forgo his bonus this year because of the problems caused to thousands of customers by a failure in the company’s computers.

Sinn Féin has said it is clear the Government could ask the electorate to vote a second time on the Fiscal Treaty if it is rejected later this month.

Ashton Kutcher was picked to play Steve Jobs because he can handle the "psychological complexity" of the character.

Bruton insists 'mini-budget' not on cards

Jobs and Enterprise Minister Richard Bruton today said the Government will make further budget adjustments if needed, but a 'mini- budget' this year is not necessary at this stage.

One of the world's leading pharmaceutical companies is to create 200 permanent jobs through a multi-million euro investment in Cork.

Rocker Neil Young took his campaign for higher-fidelity digital sound to the stage of a technology conference, saying a giant of the industry was on his side - the late Steve Jobs.

UK and Ireland 'need each other'

Britain’s Deputy Prime Minister Nick Clegg will warn today that the UK and Ireland need each other more than ever because of global uncertainty.

Apple co-founder Steve Jobs is to receive a posthumous Grammy award for his technological innovations in the arts.

Grammy's to give Jobs posthumous award

Apple founder Jobs to be honoured at Grammys

Apple has named Arthur Levinson as its non-executive chairman, a move that rewards the long-time Apple board member who chose it over Google when the technology giants began competing with each other.

Steve Jobs was often bullied in school and stopped going to church at the age of 13, according to an authorised biography of the late Apple CEO. Jobs also revealed that the Beatles was one of his favourite bands, and one of his wishes was to get the band on iTunes before he died.

Technology giant Apple’s famous penchant for secrecy remained intact today as the company’s shops were closed and employees were tight-lipped about a private memorial service to celebrate the life of company co-founder Steve Jobs.

Computer firm Apple is to close its shops while it holds a memorial service for employees to celebrate the life of company co-founder and former chief executive Steve Jobs.

Sony Pictures is reportedly close to acquiring the rights to a biopic of Steve Jobs.