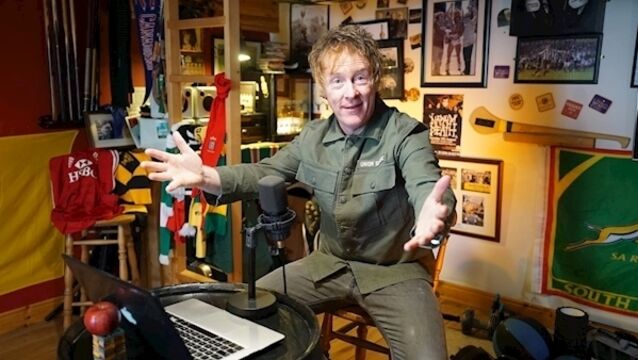 Culture That Made Me: Hector Ó Heochagáin on Dallas, Nirvana and National Geographic 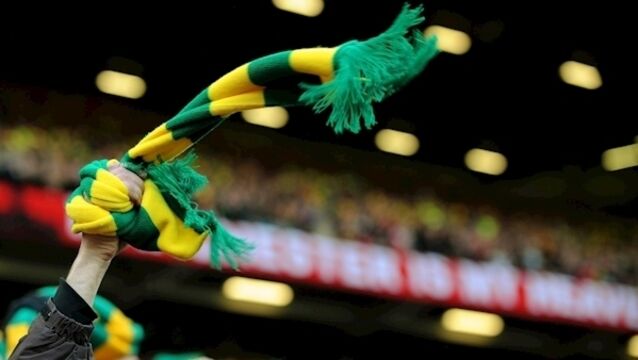 It must be halfway through Full Metal Jacket when Lt Lockhart, editor of the US military’s Stars and Stripes newspaper, briefs his men in the wake of the surprise attack by the North Vietnamese Army and the Viet Cong that would go down in history as the Tet Offensive. 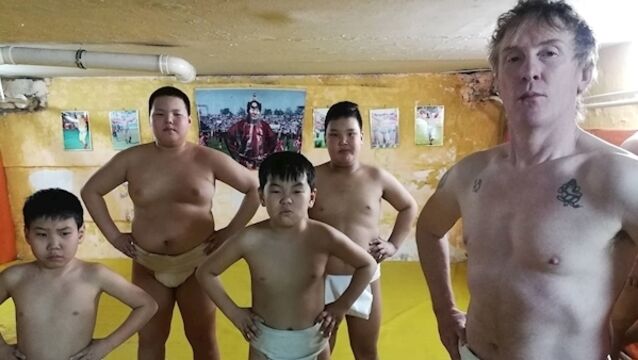 ‘Wow! We’re off to Siberia... in winter’: Hector is back on the road for TG4 with new series

Hector Ó hEochagáin gives us a unique insight into the incredible highs and bone-chilling lows of his latest travel adventure from Siberia to Saigon, airing on TG4 tonight.

What you should watch on TV this week

WAR ON ISIS: 'My grandchildren’s generation will still be fighting this fight.'

US president Barack Obama lifted a decades-old arms export embargo for Vietnam during his first visit to the communist country, looking to bolster a government seen as a crucial, though flawed partner even as he pushes for better human rights from the one-party state.

US President Barack Obama lifted a decades-old arms export embargo for Vietnam during his first visit to the communist country today, looking to bolster a government seen as a crucial, though flawed partner even as he pushes for better human rights from the one-party state.

A raft of important Allianz Hurling League ties are&nbsp;down for decision this weekend. Here Enda McEvoy&nbsp;marks your card about what to look out for.

US foreign policy under Henry Kissinger cost thousands of lives

Ryle Dwyer looks at the legacy of destruction and chaos left behind by former US secretary of state Henry Kissinger and the lessons it has for us today&nbsp;

Iconic pictures that changed the world

The photo of a dead 3-year-old Syrian boy on a Turkish beach captures everything we don&rsquo;t want to see when we tap our phones or open our newspapers: a vicious civil war, a surge of refugees, the death of an innocent.&nbsp;

Movie reviews: Ricki and the Flash, Me and Earl and the Dying Girl, No Escape

Ricki and the Flash&nbsp;(12A) opens with rock &lsquo;n&rsquo; roll singer Ricki (Meryl Streep) addressing her adoring audience from the stage,&nbsp;

Iconic photo through the lens of history

He stands in the northbound lane of Vietnam&rsquo;s Highway 1, traffic swirling around him, horns honking.

Wish List: all things bright and beautiful to bring your home to life this season

Remembering the fall of Saigon 40 years on

Robert Higgins reflects on the fall of Saigon 40 years ago today to communist North Vietnam. While views are divided, for most in Vietnam, reunification of the country has been a good thing

Today is the last day to get health insurance before the Lifetime Community Rating system kicks in at midnight, a passenger has been fined after a plane was forced to dump 20 tonnes of fuel to make an emergency landing and Roddy Doyle has his say on the upcoming Marriage Equality Referendum.&nbsp;These are some of the latest and most read news on irishexaminer.com this lunchtime.

Bond villians get cars as cool as the spy

Everyone knows James Bond drives an Aston Martin. But the cars in the next Bond film are going to make the Bond villains as cool as 007 himself.

Tours are food for thought

Gourmet tours are cropping up all over the globe, tying food and travel more closely together than ever. It&rsquo;s time to tuck in, says P&oacute;l &Oacute; Conghaile.

Mission to atone: Former US servicemen move to Vietnam

IT’S not easy to find a turkey dinner in Hanoi, but a handful of Americans and their Vietnamese friends gathered on Thanksgiving over an imported bird cooked for them at a fancy restaurant in the capital’s old quarter, and they gave thanks.

Vo Nguyen Giap, the brilliant and ruthless self-taught general who drove the French out of Vietnam to free it from colonial rule and later forced the Americans to abandon their effort to save the country from communism, has died.

The end of innocence

Based on Tony Briggs’s 2004 stage play, ‘The Sapphires’ is a crowd-pleasing, feel-good comedy about four sisters who discovered their voices while entertaining troops in Vietnam.

It wasn’t quite the last chopper out of Saigon but there was a strange feeling of sombreness as I left the media centre at Ireland’s training base in Gdynia, alone, and for the last time.

It was a chilling photograph that came to symbolise the horrors of the Vietnam War and ultimately helped end it.

In the picture, the girl will always be nine years old and wailing “Too hot! Too hot!” as she runs down the road away from her burning Vietnamese village.

In the picture, the girl will always be nine years old and wailing “Too hot! Too hot!” as she runs down the road away from her burning Vietnamese village.

Deal of the week

UPGRADE DEALS ON HOLIDAYS TO TURKEY

James Toller has booked Johnny Murtagh to ride his star performer Saigon in the Emaar Middle Park Stakes at Newmarket on Saturday.

ALAN McCabe is confident his star juvenile Caspar Netscher remains at the peak of his powers ahead of the Dubai Duty Free Mill Reef Stakes at Newbury today.

RICE BOAT TRIP TO KERALA FROM €800

Flight of fancy at lovely Saint-Exupéry

LYON’S airport is called after one of that city’s most famous sons.

Sizzling offer may tempt you to Derry

A treat for all senses awaits customers at the Everglades Hotel in Derry with the Sizzle, Sip and Stay Package. There is a package available from £55 up to August 31.

Inside the real Vietnam

From Halong Bay to Hanoi, Ho Chi to Cu Chi and the spectacular Mekong Delta, Pól Ó Conghaile charts a course for any would-be tourist of a jewel in French Indochina

After nearly five decades of singing about a war that continues to haunt a generation of Americans, legendary performer Bob Dylan is finally getting his chance to see Vietnam at peace.

Maybe an Irish Messi is just around the corner

WHEN I was 15-years-old or so I was lucky enough to have the opportunity to go on a school trip to Barcelona.

Richard Holbrooke, a long-time US diplomat who was the architect of the 1995 Bosnia peace plan and served as President Barack Obama's special envoy to Pakistan and Afghanistan, has died at the age of 69, an administration official said.

A taste of Turkey

TURKEY attracted more than 90,000 visitors from Ireland this year, and Sunworld Holidays has just launched the most extensive holiday programme ever from Ireland.

A mass grave was found containing the remains of 47 communist commandos killed during the Vietnam War, an official said today.

From Derry to Vietnam’s killing fields, the waste of war is laid bare

AS the media were reporting here on the finding of the Saville Inquiry into the events in Derry on Bloody Sunday in January 1972, I was in the American Military Cemetery in Luxembourg, where 5,075 American soldiers and one American nurse were buried. All were victims of the Second World War.

YESTERDAY’s alcohol ban in central Bari, only lifted after last night’s match in the San Nicola Stadium, was about as futile and comical an exercise as one high-profile but uncapped League of Ireland player’s announcement of his retirement from international football a couple of seasons ago.

That the ordination of three priests in Dublin would make news would seem to be news in itself.

The Olympic torch was paraded through the streets of Vietnam’s largest city to cheers from thousands of onlookers today, marking the final leg of an international tour that has been dogged by protests against China.

Vietnam to free more than 10,000 prisoners

Vietnam is expected to release more than 10,000 prisoners under a presidential amnesty to mark the country’s Independence Day, an official said today.

US Army chief was godfather of ‘shock and awe’

IT’S considered bad form to speak ill of the dead, but I must make an exception regarding US Army General William Westmoreland, who passed away at the age of 91 on July 18.