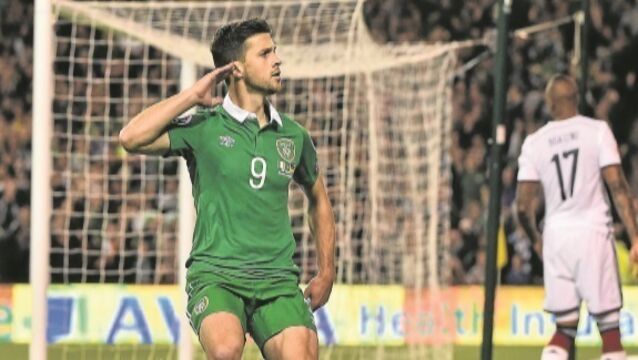 Euro 2016 is almost upon us and Irish fans are getting very, very excited. 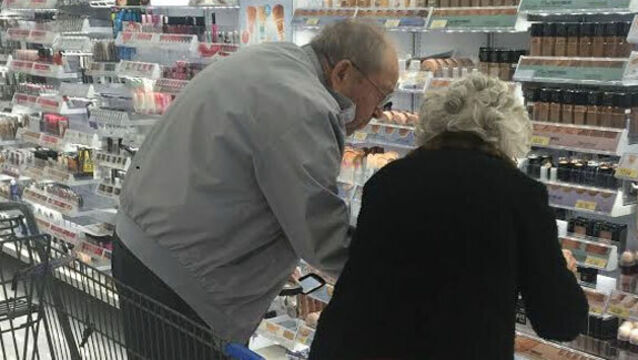 This photo of an elderly man helping his wife choose make-up is warming the cold, cold hearts of the internet

Forget grand gestures and diamonds - this is what women really want. 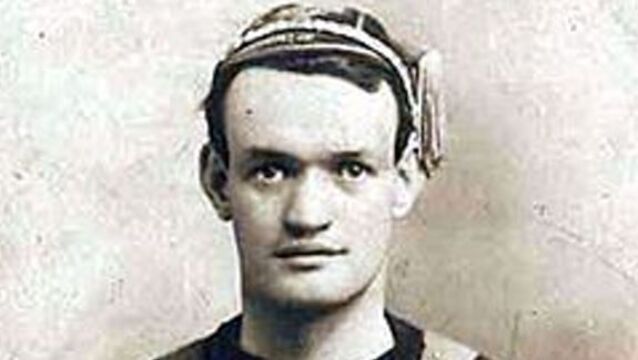 Tomorrow, Dubliner Patrick O&rsquo;Connell is to be honoured by football giants FC Barcelona by being inducted into their hall of fame. He&nbsp;managed the Catalan side in the 1930s and is credited with saving the club from bankruptcy. Here, Robert McNamara recounts the highlights of his amazing career.

TWEETS: Cork people were not happy about the insane traffic yesterday

VIDEO: This heartless McDonald’s worker might make you lose faith in humanity

Three Mayo sisters all give birth on the same day, and fourth sister due soon

Three sisters have given birth to three babies all in one day at Mayo General Hospital in Castlebar.

VIDEO: Meath parents make heartbreaking appeal on US TV to help save their son

The parents of an Irish four-year-old have made an emotional plea on TV in Boston for donations to help to save their son&rsquo;s life.

Thousands of dollars have been raised in just a few hours for a Palestinian refugee in Beirut after a photo of him trying to sell pens while holding his sleeping daughter went viral online.

WATCH: Jonah Lomu appears out of a vending machine in Dublin

Why does nothing this cool ever happen in our local?

Back in your school days, you may recall Irish spelling being much harder than English, and your homework coming back with red pen because you missed the placement of the humble fada.

Photo-friendly redheads are raising money in Cork this weekend

Redheads will gather in Crosshaven tomorrow and many will be supporting the Irish Cancer Society just by sitting down to have their photo taken.

An Australian radio station told a Sydney woman that her husband was a member of the Ashley Madison adultery site live on air.

Woman leaves 170k donation to Cork hospice in her will

ONE Cork woman&rsquo;s generosity will help support countless others at Marymount University Hospital and Hospice.

You may have already seen this powerful photograph of a family of migrants arriving by boat to Greece - it has gone viral since being featured in the New York Times.

The family of a late football fan have donated some of his prized possessions to charity in the hope of helping others battling cancer.

An emotional song penned by a Cork singer/songwriter has been viewed by over one million people in just a day.

As a police officer you know the next life or death situation my be just around the corner and Ohio state trooper Eric Devers gave an exhibition on how to deal with one effectively after finding a crashed truck on a highway.

Eagled eyed Twitter user Ken Fallon has spotted a bit of geographical error in the travel section of the Daily Telegraph.

While working over in Dubai, Cork man Liam Murphy decided to a day trip to the Ferrari World theme park in Abu Dhabi yesterday.

Some things just have to be seen to be believed.

Irish Rail has been showing a rarely-seen romantic side this morning.

This poor Tipp girl was so nervous, her mam had to slide her Leaving results under her door

As we all know, opening that Leaving Cert results envelope is a pretty nerve-wracking experience.

POLL: Golf is not for women, Cork man announces on local radio

One man in Cork firmly believes women have no place on a golf course.

Beer 101: The international guide to 'cheers'

Ever shared a beer with a German friend, only for them to be shocked you didn&rsquo;t stare lovingly into their eyes?

People are sharing their Leaving Cert memories and advice on Twitter

It&rsquo;s Leaving Cert results today! And there a lot of nervous teens out there.

Well if this doesn&rsquo;t brighten your day, then nothing will.

VIDEO: Timelapse shows you how to cross Dublin without passing a pub

Ulysses once said: &quot;(A) good puzzle would be cross Dublin without passing a pub.&quot; So publin.ie decided to take on the challenge.

This dashcam footage of a typhoon swallowing a car is terrifying

This dashcam footage perfectly illustrates the power of even the smallest tornado - and how grateful we should be that we don&rsquo;t get them in Ireland.

PIC: This random act of kindness at a hospital will melt your heart

A mother in Canberra, Australia had spent some days in hospital with her nine-week-old son when she found a parking ticket waiting for her.

A young bride received a deeply touching wedding gift from her mother when she unwrapped a 20-year-old letter on her wedding day.

POLL: Will higher prices and worse odds turn you off the Lotto?

The price of Lotto&nbsp;tickets is to rise from &euro;3 to &euro;4 next month and the chances of winning are looking worse than ever as two extra numbers are being added to the draw.

VIDEO: This poignant animation cartoon is a 14-year-old girl's memory of Hiroshima

Today marks 70 years since the bombing of Hiroshima, the first time nuclear weapons were ever used on a civilian population.

VIDEO: See Cork at its very best in this tourism promo

What happened when a woman breastfed her son live on Irish telly?

Now here&rsquo;s a nice little story from social media to give a lift to your day.

Radio host and former RT&Eacute; rugby pundit George Hook was being interviewed on TV3&rsquo;s Late Review last night, when he took serious issue with a line of questioning.

VIDEO: The best of #IESportSkills

Jeez, Irish Examiner readers have got some serious skill!

VIDEO: Busker gives out to boy who tried to knock him over

A busker performing in Vancouver has some choice words for a kid who tried to up end him during a performance.

Texas car wash owner Cesar Renteri was horrified as he filmed a man playing chicken with a moving train on Friday.

WATCH: Pilot makes expert landing while being battered by crosswinds at Cork Airport

A video of a young boy being spared from a horrific fall by a trampoline net has been widely shared on the internet today.

A Dublin dad has taken a rather unusual step in a bid to get across the message to his 15-year-old son to stop smoking.

A Dublin teen&rsquo;s heroic act has gone viral on social media after his story was shared on the Humans of Dublin Facebook page.

Manchester United released their new kit on Saturday to much fanfare but the design of the women&rsquo;s version has caused a social media debate.

Revellers at Indiependence had their night brought to an abrupt end last night when the Gardaí turned up to pull the plug on a DJ set that had run overtime.

So just how bad is the Bank Holiday weather going to be?

It&rsquo;s the last Bank Holiday weekend of the summer and while usually we would look forward to a nice long weekend of beer gardens and beaches, the Irish weather has other plans for us.

WATCH: The terrifying moment a man threatens police officers with an 8 inch knife

The moment a man swung a huge knife at police was captured on film - and it&rsquo;s pretty frightening.